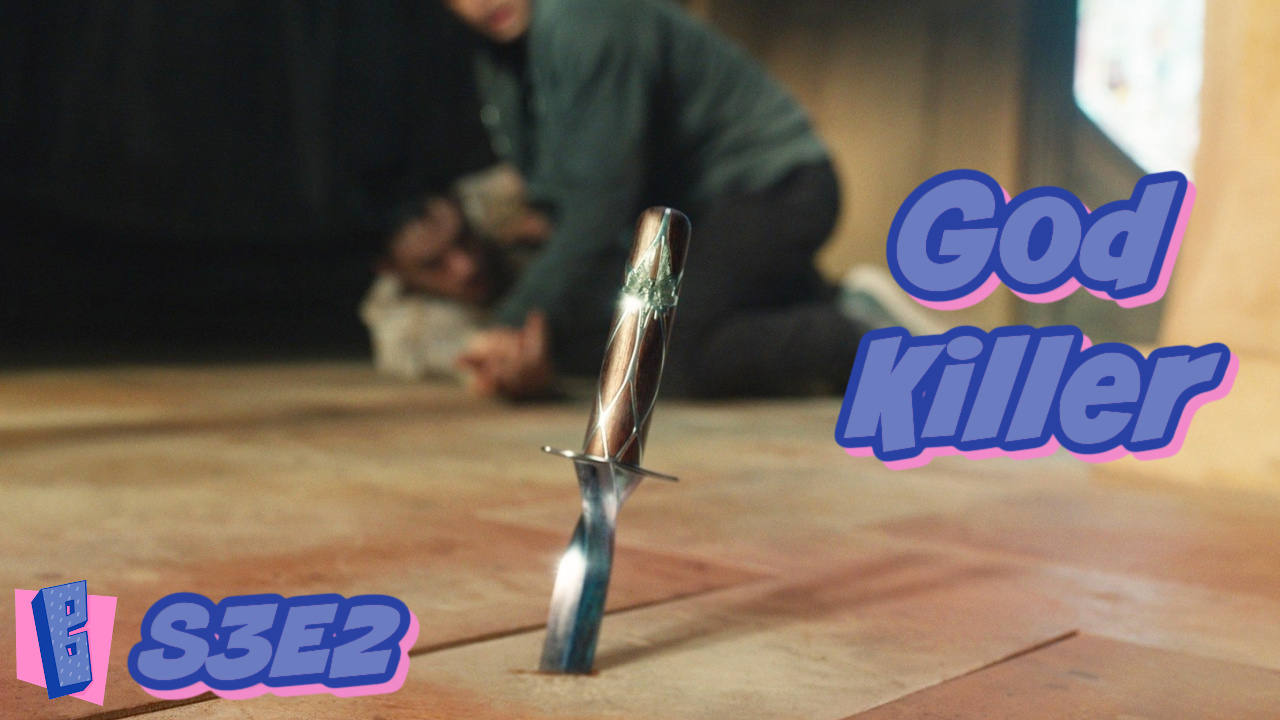 Lyra is prisoner, Will wields the Ultimate Weapon with Angels by his side, but the Authority and Metatron are absolute. Is Asriel enough to rally good over the forces of evil? Unleash the dead for a fair fight in His Dark Materials season 3.

I’ve refrained from reading the final book in the series, so His Dark Materials season 3 is all new for me. Asriel and his army dare to challenge Metatron, who has usurped The Authority’s power. Dark Angels are the ultimate evil, meaning the god killer weapon is humanity’s only hope. Unless releasing the dead from purgatory is a real option. Hopefully good will prevail.

We finally have our war brewing, as Asriel is taking on the Authority in a new rebellion. The Authority is stealing our souls, our humanity. Asriel has these little fairies with robot wings working for him and he is building an army, including rogue Angels. The Angels are also following Will, who is desperately searching to find Lyra. She’s trapped asleep in a shack on the side of a cliff by her mother Marisa, who is “protecting” her. She’s crazy but not wrong, because the Magisterium is out for blood. We get a taste of the war to come, but at this point everyone’s on their own adventure in His Dark Materials season 3.

More BuzzChomp: Willow Is Back With A New Adventure That’s The Same As Old

When will we meet The Authority and the usurper Metatron? Both are evil and all powerful, tricking humanity into making them gods. The Angels have bent the knee, so this is a battle for all life, not just humans. Get ready for a truly esoteric and wild fight.

Asriel discovers the ultimate weapon, the god killer, which is the subtle knife. We learn that the Authority, an evil Angel, has a regent who is a Dark Angel. But the Authority has disappeared and the Dark Angel Enoch is in control. He’s called Metatron, which is a bad ass name. Lyra is talking to Roger, who’s in the Land of the Dead. Roger’s coming back and Lyra’s gonna go find him, but first Will must save Lyra. Asriel tries to as well with a warp craft, an intention vehicle. Marissa breaks the subtle knife, but this is the Ultimate Weapon. It’s going to get repaired. An angel dies. Asriel has one in custody. Dust is weaponizing. This battle is exploding in our faces. His Dark Materials season 3 is off the hook.

His Dark Materials is an incredible book trilogy and a wonderful fantasy series. This is the final season, because the story ends with the Amber Spyglass. Is the subtle knife enough to ensure evil loses the war? What is the Amber Spyglass? Share with us your thoughts and check out our videos on episode 1 and episode 2.