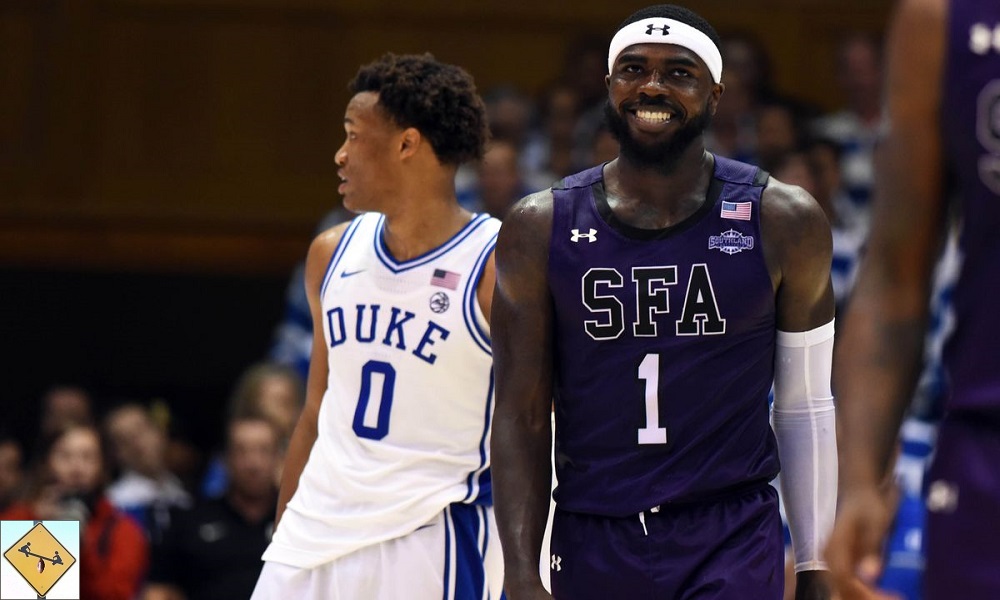 Upheaval is the word of the day, as our college basketball rankings have been wrought with upsets. Numbers ones falling and musical chairs in the top five point to something wonderful. This season is wide open.

In the first couple weeks of the college basketball season, we have already seen top-3 teams lose five different times. Three of these losses came against unranked opponents. Its upset-city across our college basketball rankings.

If you want to write off the first two losses, that’s fine. They came in dueling, top-four matchups based off the preseason rankings. Neither of the outcomes were surprising or could even be considered upsets. But even ruling those out, we have had two number ones and three top three teams overall lose to unranked opponents before conference play even got underway.

There are three ways to read this. First, it may mean nothing. It could just be a fluke. It wouldn’t even have been as newsworthy if the highly ranked losers were 7th or 9th in the country. The fact that they were in the top three was paramount to this news but kind of random. Preseason rankings are based off of such little information. We don’t know how freshmen, coaching adjustments, or new rotations will acclimate, nor whether teams will be healthy.

Heck, the greatest evidence that preseason college basketball rankings are random is that the current top five is so utterly different than the top five heading into the year. And we’ve only played half a dozen games! The current top five is Louisville, Kansas, Maryland, Michigan, and Virginia. In the preseason, those five teams were ranked 5th, 3rd, 7th, unranked, and 11th respectively.

Second, this may mean nothing nationally and simply speak to the shortcomings of the specific losers. Michigan State began the year banged up, playing without its second-best player. Kentucky and Duke are cycling through new rosters composed entirely of freshmen, as has become standard for them.

Also on BuzzChomp: What makes Adam Gase a prick?

Third, this could be a sign of a wide open year. There is no prohibitive favorite to win the title. There are a bunch of teams we thought would be in contention, and maybe that group is larger than we even expected. Any of the top teams could lose on any given night, especially thanks to the proliferation of threes and the shrinking of the amount of upperclassmen on the rosters of big programs.

If forced to choose, I would lean toward a combination of two and three. I think the specific programs that lost earlier had reasons in which they lost. But I can also see how the major programs are no longer a slam dunk to defeat every mid-major foe.

Normally we get bombarded with the greatness of a specific college basketball team if they are truly the team to beat in the upcoming NCAA tournament. No such onslaught of “wow Duke” or “damn Kansas” is taking place this season, and rightfully so. This points to a wide open field of contenders this year and no prohibitive favorite.

That being said, I can’t help but agree that a proliferation of “upsets” early in the college basketball season has to do with banged up teams and the ironing out of completely new starting lineups. Our most elite teams, like Duke, now completely turnover their starting five from year to year. If they don’t, then its because several of the players were not elite enough to enter the NBA just yet, or require more college development. But if a team WAS truly elite last year, then its roster will likely be all new this season. Flushing out chemistry requires playing games that actually count, hence early season hiccups.

Its completely unsatisfying to claim our upsets in the college basketball rankings are a combination of two opposing factors. Therefore, I’m leaning towards a wide open field as the prime culprit for “upsets” thus far. We know that rankings, especially pre-season rankings, are notoriously poor indicators of what a head to head matchup will look like. They are also biased, wrong, and predicated on last year. In the case of a new roster full of freshman, the pre-season rankings are based on potential and highschool performances. You can’t get anymore bogus than that!

Maybe its wishful thinking, but I truly hope the NCAA tournament is wide open this season. Picking winners and trying to guess who will cut down the nets is glorious fun. If our lower seeds have a real shot, then its even more fun. Now I must admit, its foolish to think that the four number one seeds, whoever they end up being, will not be prohibitive favorites to make the Final Four. By season’s end they will be the four best teams. We just don’t know if that includes Duke, Kansas, Michigan State or any of our top teams that got “upset” early on. How exciting!