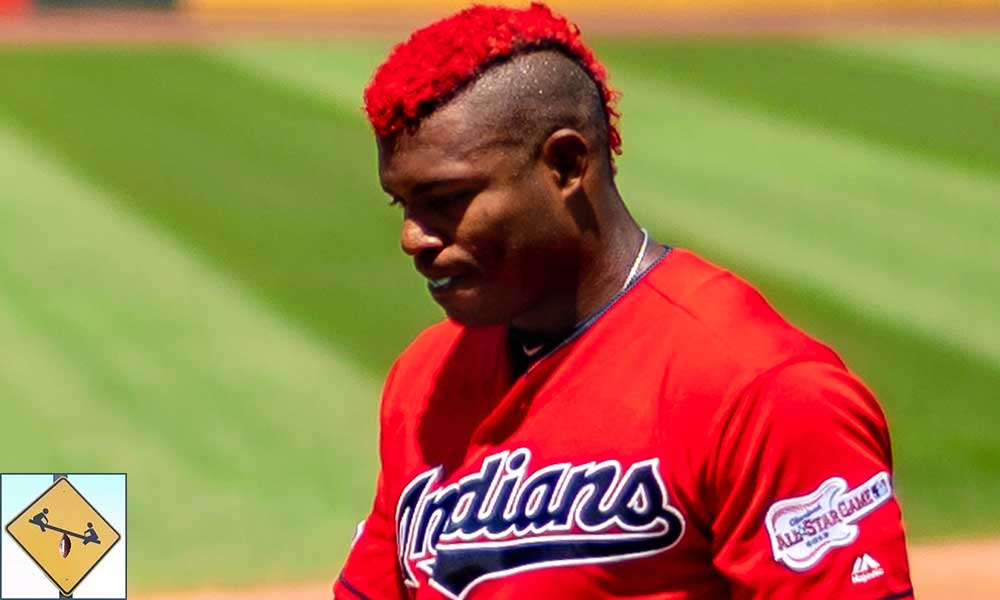 Baseball is an incredibly fun game to play, but somehow players who epitomize summer shenanigans find themselves in the dugout. Yasiel Puig is a fun player with good baseball left. Where’s the love?

The 2019-20 MLB offseason was not like either of the previous two. We thought this may have become the third step in an ugly romp toward a work stoppage as the players’ union and owners met at an impasse over the structure of MLB free agency, among other things.

Instead, this offseason seemed pretty normal. All the top guys fetched huge contracts. And nearly every big-name free agent found a home within a few months of the World Series wrapping. The lone exception who remains unsigned is Yasiel Puig.

Why does Puig remain without a team? Is it a sign of owners rallying against one of the main culprits of “new” baseball and the breaking of unwritten rules? Does anyone even care about that after the Houston Astros scandal? I can’t imagine they do.

More BuzzChomp: Dispatches from Elsewhere Ep 1 – What is real?

The most common reason that good free agents remain unsigned heading toward Opening Day is that of draft-pick compensation. Front offices don’t want to relinquish high draft picks for non-elite players. But that also doesn’t apply with Puig. He has no compensation attached to his signing.

Maybe he’s simply asking for more money than the market thinks he’s worth. He’s trying to wait out a desperate team who may need his services sooner or later. And then there’s the possibility that those services are not of as high a quality as they used to be. Puig was just a league-average hitter last year who set a career-high in strikeouts.

I bring up all these possibilities to wonder whether Puig is worth having on your team strictly for what he offers other than numbers. Sure, he’s only a league-average hitter at this point who might need a platoon partner, but shouldn’t he be more valuable than any other league-average hitter?

Also on BuzzChomp: Spring into Home Fitness with this Home Gym

The edge Puig has over his peers is he’s fun! Baseball players aren’t fun. But Puig is fun. He has a big smile and a bright face. He runs all over the field, launches throws to all edges. He connects with fans in two languages and through social media. He hits the ball hard and often has bone-headed screw-ups that are also fun to watch! Why is all this not worth anything to a team? Why is it better to roster the quiet, boring guy who hits .260 and drives in 65 runs? Driving popularity and interest should increase Puig’s value, not decrease it.

Maybe he will sign with a team before Opening Day later this month. But we already know it will be because a team settles for him. He was no one’s Plan A, and that isn’t a fair representation of his worth as a ball player.

Not only is Yasiel Puig fun, but he comes with an incredible nickname! The Wild Horse. Somehow baseball and fun just never seem to mesh well, despite the game itself being fun and the entire point of watching sports is to have fun. MLB players are not supposed to enjoy themselves too much or be silly, but smiling is acceptable. Derek Jeter is a great example of a smiling star who never fell into the trap of being labeled a “fun” distraction.

Puig is an interesting case with an obvious conclusion. He’s played seven seasons and rightfully wants a three+ year deal to round out his career and cash in. Baseball contracts notoriously underpay in your early career, only to overpay later on. Puig finds himself a free agent with a consistently solid resume, but he won’t get the money he desires. His career numbers are simply a level below what big money demands. Puig batted nearly .300 only once in his career, averaging a .270 batting average season after season, including 2019. His plate appearances have waffled dramatically in recent seasons, as have the rest of his numbers. Puig has never topped 100 RBIs in a year and frankly, teams can’t be sure what they’ll get from him outside of a .270 average at the plate.

Those are the negatives working against a new longterm contract for Yasiel Puig. Its why he remains unsigned and why the obvious conclusion for Puig is a one year prove-it deal with performance bonuses. Perhaps it includes a second year team option, or a voidable second and third year. But Puig is going to have to prove to his new team that he’s still an everyday player. I’m a bit surprised the Indians haven’t struck a deal with him, but its likely because he wants more years than they’re willing to offer.

Puig can truly bolster a number of contenders. If the New York Yankees had not brought Brett Gardner back for one more season, then Puig would have been an excellent addition to their outfield. He adds depth, experience and consistency to a lineup that is lacking something a little extra. With Mookie Betts out of Boston, the Red Sox could use a player like Puig. They don’t often embrace foreign stars, but it does happen in Boston. Why not now with a smaller talent than David Ortiz?