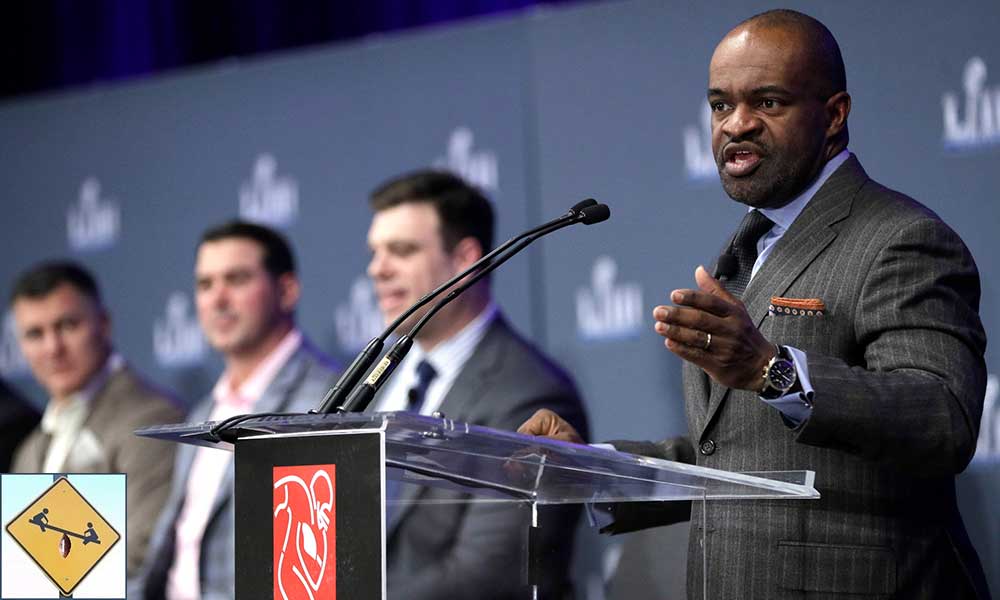 Players are on the clock for their NFL CBA vote. The media has swarmed to both sides, pushing public opinion like an umbrella caught in a tornado. Why does it matter? Let the players decide.

The NFL and the players’ union are trying to avoid a work stoppage by agreeing to a new collective-bargaining agreement. The league’s first proposal to the players has been met with some interesting takes, as the NFL CBA vote is underway. Some players have come out in favor of the proposal, which, most pressingly, increases the season to 17 games and the playoff field to 14 teams while also increasing the players’ share of revenue.

Despite the increase in player revenue, you can see why others have come out against it. The increase in games played adds to the injury risk for these guys’ already short careers. Also, increasing the playoff field may be a positive for some, but the watering down of the regular-season product is inevitable when the playoffs allow more participants.

What’s interesting is that some folks on the owners’ side have reportedly also come out against the new CBA. They don’t like the idea of a 17-game season because it doesn’t go far enough and are secretly (or not so secretly) hoping the players vote down the first proposal.

Do you see all this public information as posturing or real beliefs? Obviously, all the participants on both sides know how information can get leaked to sway public opinion. League reporter Ian Rapoport forwarded a statement Monday singling out specific players for not attending the NFLPA meeting, even though at least two of the three players mentioned are not their team’s designated player rep. Are NFL reporters purposely trying to make star players look bad? Is it actually bad that these guys didn’t attend? We don’t know the details; we just know that each side is trying to fool the public in some way.

Maybe fool is too strong a word, but they are trying to sway our opinions for sure. If a work stoppage does come, the weight of public opinion could play a part in determining who cracks first. So do some owners really want this proposal voted down, or is that a play to get players to accept it? Are enough players actually happy with a revenue increase that they will take on the extra games in the regular and postseason?

Russell Okung has filed a grievance with the national labor relations board claiming NFLPA staff negotiated in bad faith. This could be the biggest news drop of all if the NLRB finds evidence of such a claim. According to Okung, the CBA proposal shouldn’t even have reached the players at-large after the committee didn’t reach the required two-thirds vote to pass it along to the full union. So why did union staff want this vote that should have failed to continue? Whose side is who on?

All these moving parts hang over a deadline that quickly approaches. With the new league year set to begin March 18, we still have no idea how this is going to play out. And if a decision isn’t made, 2020 will be played under the final year of the existing CBA, and things will get tense.

Public opinion doesn’t matter right now, because there is no looming threat of a strike. This is what makes the whole charade particularly interesting. Why are sports writers posturing? What is gained by turning the public against their favorite stars? Only the most ignorant of fans will actually hold onto anything that happens right now. There’s football in the fall no matter what.

We’ve also seen a slew of current and former players speak out publicly against this current deal. What exactly is it that makes this so bad? I do not agree with expanding the regular season, but feel indifferent towards an expanded playoff field. But the truth of the matter is that if this current deal gets voted down, the revised version is not going to look any better. The owners will not suddenly scrap their desire for more games and more playoff teams. They are not going to willingly give up more money to the players and we know from history that a strike does not make them bend or break.

Its hard for me to envision a positive outcome after a vote of no by the players. We are unlikely to get anything approved before the season begins in this scenario, meaning its early 2021 before a new agreement is on the table. That deal is unlikely to help the players any more than the current one because they don’t really have any leverage. All they can do is strike and boycott. If that is what they must do, then I support them, but we all lose.

Is this where public opinion comes into play? Is this where the XFL becomes important? An NFL strike means owners will be clamoring to sign every relevant XFL player available. Fans need to support the players no matter what. They are not being greedy. Its always the uber-rich owners that are holding out for an extra 0.5% of income to pad their pockets. The NFL needs its star players and its practice squad guys, but there is always the next group waiting to play.

There are certainly enough talented football players willing to accept a bad deal for an opportunity to put on an NFL helmet. Unfortunately for the current crop of NFL players, they are unable to unify those who strive to steal their jobs. Major changes are coming to the game we love if the current NFL CBA vote fails to pass.