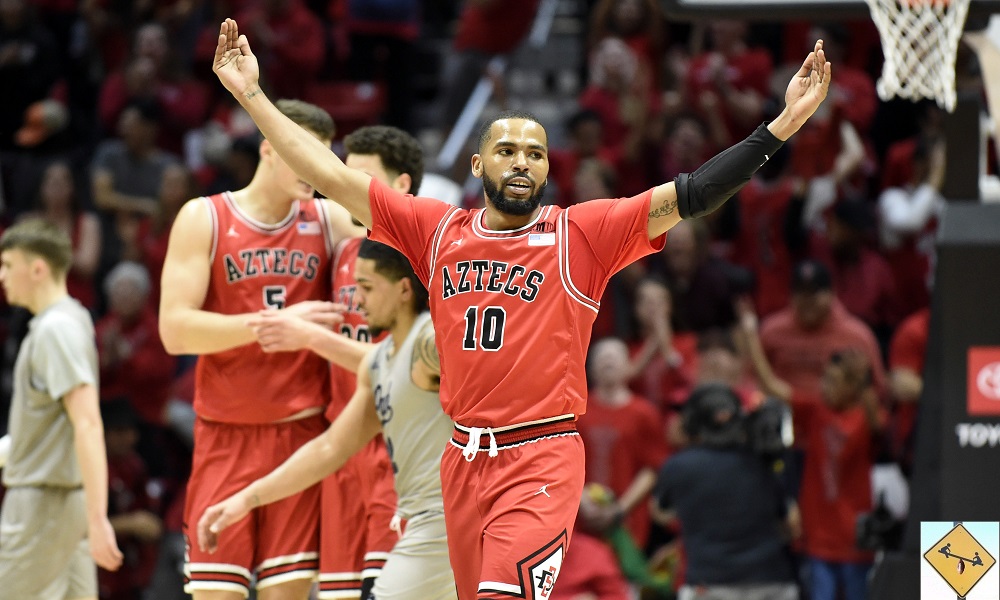 March Madness is always crazy, but this year is different. The 2020 NCAA Tournament has a big problem and chaos awaits. Will any popular teams grab top seeds? Unlikely.

The 2020 NCAA Tournament has a problem. A number of the good teams this year are not popular schools. Also, one of the most famously popular schools is so bad this year and won’t make the tournament without a miraculous run through its conference tournament. Thus, the 2020 tourney will be made up of a number of elite programs that no one cares about or has history with.

I can’t imagine this will matter with the popularity of the games themselves. No one tunes in to the first two rounds of the big dance because of specific teams that are playing. And no one ever controls the teams that advance, so interesting matchups in the Final Four and so forth are always up to the whims of the basketball gods anyway.

More BuzzChomp: Chalk is only half the NBA Playoffs story

But yeesh, the tourney field is pretty – for lack of a better word – uninteresting. According to current ESPN projections, three of the 1-seeds in the tournament will be Gonzaga, Baylor, and San Diego State. Though Gonzaga is a premiere basketball school over the course of the last two decades, none of the three are historic programs. The issue isn’t that casual or competing fans dislike someone like SDSU. The issue is worse. They have zero feelings whatsoever about the Aztecs.

Down on lines for 2- and 3-seeds, we see other surprising schools like Dayton, Creighton, and Seton Hall. Unlike Baylor or someone like Florida State, these are actually basketball-first schools, but there is no national interest in these programs.

And then there is the other end of the spectrum. Unless they get a conference tournament win, the North Carolina Tar Heels have zero chance of making the NCAA Tournament. This could end up being the worst season UNC has had in its conference in history; literally since the early 1900’s. Perhaps this year’s group will finish a bit better than 2001-02’s 4-12 ACC finish. It will depend on how the rest of the season plays out.

Either way, this is easily the worst season for coach Roy Williams. In 2010, the Heels went 5-11 in-conference and were relegated to the NIT. That was bad. That team also went 20-17 overall. This team is currently 10-17, and I don’t foresee any 10-game winning streaks through the postseason.

Added to Carolina’s absence (or along with it) will be an absence of some of the top NBA Draft prospects of the year. Granted, 2020 was seen as a weaker class to scouts regardless, but the top guys won’t be playing. Cole Anthony will miss the tourney with his Heels. James Wiseman has already left school. Tyrese Haliburton is out. Anthony Edwards probably misses the tournament. LaMelo Ball and RJ Hampton never went to college to begin with.

But again, it doesn’t technically matter. No one tunes out of this set of games because the players won’t be playing as prominent of roles in the NBA years following. Tar Heel fans are still going to watch the 2020 NCAA Tournament. They are basketball fans, and this is the biggest and best basketball tournament in the country. A top line of Baylor, Dayton, etc. also doesn’t matter. People won’t fill out fewer brackets because the blue blood programs are on lines three through six. It just doesn’t matter.

That is the amazing thing. Is the NCAA Tournament unimpeachable? Outside of a complete collapse of the NCAA establishment, can you think of anything that would railroad this biggest of dances? It sure doesn’t matter who is or isn’t playing in it.

Your theory is correct in principal, but I’d argue it only applies to those first two rounds of games. Being unimpeachable implies complete protection throughout the entirety of March Madness. This seems unlikely and if what you say is true, which it is, then the 2020 NCAA Tournament does have a big problem. You’ve now set me up nicely to complete the circle of woe that you began.

Few if any of the most popular teams will be high seeds in this year’s tournament. March Madness will certainly be without the Tarheels, but they aren’t the only team that fans will be missing. Our first two rounds of action won’t be hurt by this phenomenon, but the Sweet 16 is where things get ugly. The best teams should win and will likely move on. Where does this leave our tournament field?

The best part of the 2020 NCAA Tournament will be filling out brackets. This is always the best part, but normally we have some chalk to rely upon. Do we pick the top seeds or the teams we’ve heard of? People often stop watching when their brackets get completely busted. What keeps them watching are teams like UNC or Duke that provide a villain to root against or someone to root for. Casual fans, or fans like me whose alma mater never makes the tournament, depend upon nationally recognized power schools. Once the dust settles after the first two rounds of games, we may be left with 16 teams that very few people care about.

Forget the forgettable Sweet 16, because this problem only compounds itself as the tournament progresses. Imagine a Final Four of San Diego State, Dayton, Baylor and Gonzaga. That would be a finish dominated by chalk, which has been the case these past few years. Who the heck cares about those four teams? Its one thing if they are the Cinderella darling that defeated the top seeds to advance, but when these schools are the top seeds themselves, why should fans care?

Gonzaga is a mainstay of March Madness, but what keeps the tournament interesting are top schools and NBA prospects in the Final Four. Fans want to get their picks right. Not knowing much about the top seeds and being unable to feel confident in picking them will bring chaos to this year’s action. March Madness indeed. As an aside, this totally excites me because I love unpredictability. I’m just not sure the TV ratings will be so kind.