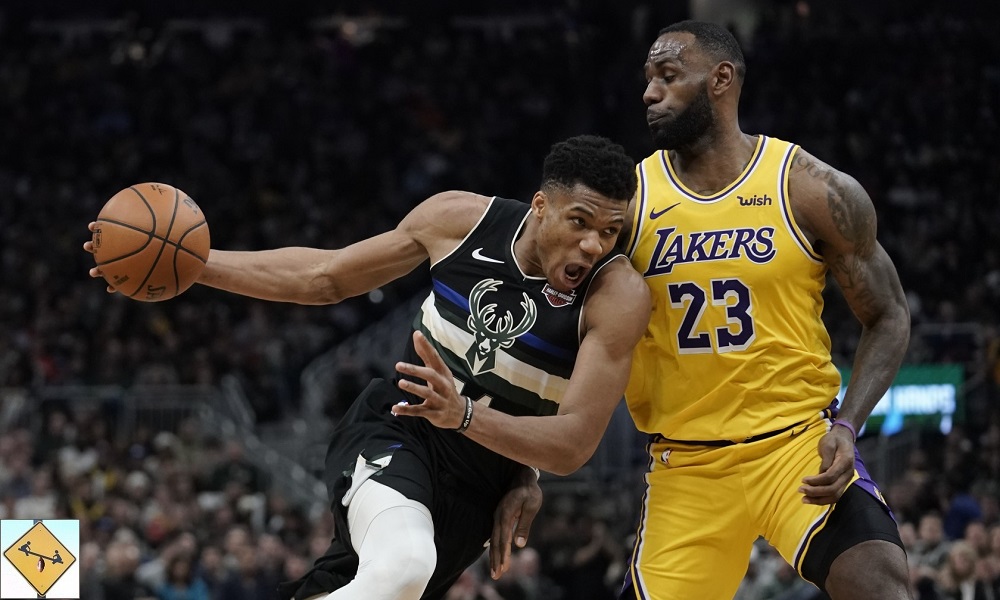 Don’t expect much jockeying for the 2020 NBA playoffs, but fear not. Chalk is only half the story. Its not just Los Angeles and Milwaukee.

The second half of the NBA season begins this week and we’re already thinking playoffs. Its that time of year again. The All-Star game was a rousing success (if you like walk-off free throws). Players competed and tried hard in the revamped fourth quarter, other than closing out on three-point shooters. Let’s be reasonable here.

All-Star Saturday night was even more successful. The three-point contest ended with a winning shot on the final ball of the final rack. The slam dunk contest was saved for the nth time, if you like crooked judges and broken rating systems. Hey, dumb-dumbs, if you get outraged at an 8, there isn’t much room below a perfect score.

All of this gives fans a carry-over high into the weeks that remain of the regular season and the impending 2020 NBA Playoffs.

In the Eastern Conference, we have had a top six pretty much set in stone for a while now. Indiana hasn’t been playing as well since Victor Oladipo’s return, but the Pacers remain entrenched in the playoff picture. Nothing but a monumental collapse would change the top six in the East.

Positioning within that top six will be paramount though. Milwaukee has all but clinched the best record in the conference. That means the other five teams are scrambling to get into second place. That is the only non-Milwaukee slot that will avoid playing any of the other top six teams in the first round. Right now, Toronto holds the second seed and is playing exceedingly well. If I had to guess, I’d say the Raptors end up sliding a touch, and Boston moves into second, but that is just a hedge guess. Maybe Toronto isn’t playing over its head at all.

In the West, there are a bunch of tiers that have developed. The top tier is just the Lakers, holding down the one seed with ease. Tier two is Denver, the Clippers, and Utah. I expect all three of those teams to remain top contenders. The third tier has Houston, OKC, and Dallas trying to hold onto playoff spots. They should feel pretty confident at this point thanks to some scuffling in tier four.

Also on BuzzChomp: Best Strength Training Exercises Without A Gym

Tier four gives us room for just one playoff team. That is currently the surprisingly competent Memphis Grizzlies. But lurking is an awful lot of experience: Portland and San Antonio, followed by the rejuvenated New Orleans Pelicans.

The eighth seed in the West isn’t anything to worry too much about, but I would guess that Portland manages to claim it over Memphis by the time the season is out. Whereas the East has a clear top six, the top of the West isn’t sliced so cleanly, but the top seven feels like the break-off point. It wouldn’t actually surprise me if any team in the top seven won a first-round series. For example, Dallas or OKC defeating Denver in round one wouldn’t be that outlandish. The same can’t be said for whichever team slides into eighth.

And yet, maybe I am being too kind overall. This isn’t realistically a 13-team race for a championship in the 2020 NBA Playoffs. Are there real contenders outside the generally accepted top three of Milwaukee, LA, and LA? That is the real question in the second half.

Arguing over the last few playoff seeds is pointless and the top three teams are clear cut. But such chalk is easily brushed aside this season. Isolating the real 2020 NBA Playoffs contenders is an art form and we certainly have more than three viable contenders for the championship. That means we can in fact trust several teams other than Milwaukee, Los Angeles and Los Angeles to dominate and play up to their potential in the postseason. This makes it a four team competition in each conference.

Milwaukee is leagues ahead in the Eastern conference standings. They sit 6.5 games ahead of second place and have nearly double the point differential (+12.1 as of February 19) of any other team in the East. That’s the positive for the Bucks. Both Toronto and Boston are 8-2 or better over their last ten games as well, meaning there is no clear favorite to win the East. Seeding may be locked in, but I am unable to make a case for Milwaukee easily beating anyone in the playoffs, especially not the Celtics or Raptors.

Even Miami presents serious competition in the 2020 NBA Playoffs. We can’t sleep on Philadelphia either, because they have a chip on their shoulder and the playoff experience to rise up when it matters most. Last season the Raptors elevated and dominated in the playoffs. I’m expecting the unexpected this year as well.

Teams are even more tightly packed in the Western Conference. Someone is going to play spoiler come playoff time, even if Los Angles versus Los Angeles feels like the most likely scenario in the end. I refuse to sleep on Houston. Denver and Utah can easily knock off anyone. So who will be the most rested and ready to roll? We know the Clippers will be, as they’ve been managing minutes since the season first began. That strategy should pay dividends down the road, but I expect the Lakers to ramp up a similar strategy. Something tells me we will get the battle of Los Angeles, but not in the Western Conference Finals. Expect the unexpected.

Minus the dominance of the Golden State Warriors, who entered full tank mode rather suddenly, we cannot trust the chalk. Its no longer clear cut and several teams present matchup nightmares for others. I wish the end of the regular season would mean a bit more, but the 2020 NBA Playoffs will erase all memories of a forgettable finish. Its going to be a wild ride this postseason.