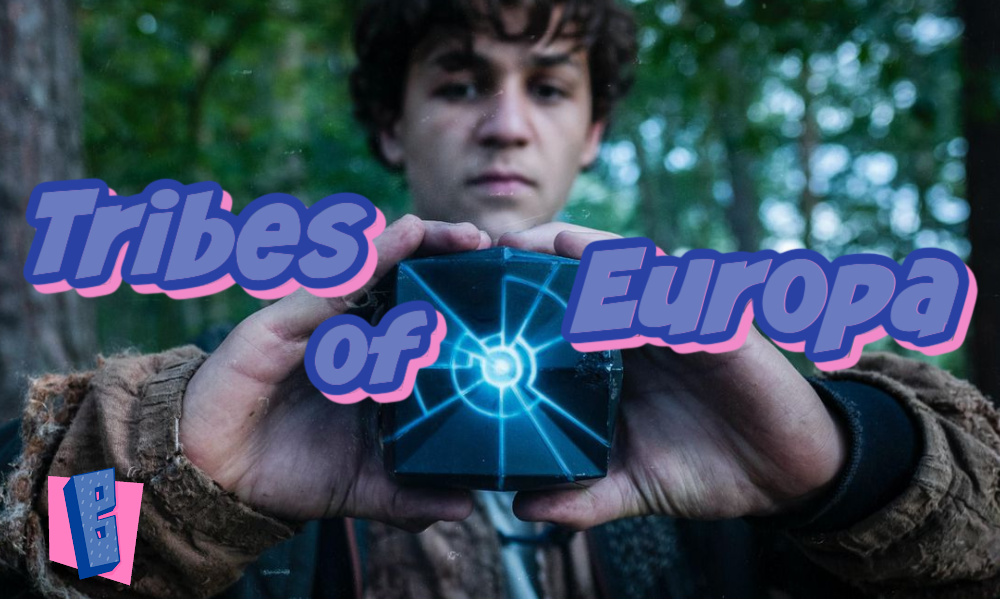 One new show successfully combines five great science fiction styles into an epic saga. Tribes of Europa season 1 is everything great about sci-fi, including some cheese.

Nothing beats falling into the world of a great science fiction TV show. I was searching for something new and immediately jumped at Tribes of Europa season 1, not realizing it was actually brand new. The name alone got me, along with its epic tale of a post-apocalyptic world in 2074 torn apart by tribal warfare and an ancient Atlantian technology which no one understands. This show is from Germany and dubbed to perfection. Having also learned to love subtitles, there was no stopping Tribes of Europa from sucking me down its rabbit hole.

We are now in future Europe after a mysterious blackout has swept the globe. All technology is dead. Think end of the world meets feudal Europe, except an ancient super technology is floating around. Atlantians live somewhere on Earth and their technology can save us all, or destroy us. The “dark side” is omnipresent as our evil tribe of Crows mass murder anyone who stumbles in their path. We have a biblical prophecy emerge involving an arc, a flood, and an Atlantian cube. The cube falls into the hands of a young boy named Elja (pronounced like Elijah the prophet). He’s helped by Moses, who is very much like Hans Solo minus Chewbaca, after getting separated from his family.

Spoilers Ahead, but this is just a sign, so keep reading.

Elja has two siblings who collectively form our triad of heroes. His sister Liv joins a group akin to the rebel army of Star Wars, while his brother Kiano is thrust into slavery and forced to serve the Crows, our Empire of the Star Wars analogy. Liv gets trained on the path of light. Conversely, Kiano is trained on the path of dark after being forced to kill his own father in a gladiator style battle to the death.

I off-hand mentioned the classic cheese of science fiction fame which Tribes of Europa nails to perfection, and this is it. Of course one of our heroes joins the enemy and we must question if he remains true to his roots. Of course our prophecy is biblical in nature and involves a young child, forcing him to grow up before our very eyes. But the combination of these elements into an immersive world where the ancient iPod is a fascinating relic is something special.

Our creator must have literally wrote down every great science fiction story plot and then figured out how to blend them into a beautiful web. We begin with an alien spaceship crashing to Earth. Our isolated tribe in the middle of the forest must then wake up to the world around them. The Crows role up next in Mad Max style, yet their leader is so totally 80’s death metal that we know something is amiss.

Blind loyalty meets wordy wisdom head on and then our Atlantian, who looks like a regular human, tells of how the world is about to end. Yes, a plague is coming from the east, because of course it is. Only Elja and his magic cube can stop it! While this may sound cheesy, the show takes itself so seriously that its ultimately brilliant.

Also on BuzzChomp: Who will save Snowpiercer from Mr. Wilford this time?

My only gripe with Tribes of Europa season 1 is that it ended after a mere six episodes. I desperately wanted more and was shocked that it was already over. Who only does six episodes? Come on! Sure, our three main storylines of our three main heroes came to an intermediate resolution. Part one technically was over.

Liv found her way to a tribe of bad ass women warriors, a la Wonder Woman, ending her initial adventure to save her family. Yet she has yet to actually save her family. Kiano became the enemy, ending his quest to escape slavery by joining the evil Crows. But he’s still under their control, or is he? Even our epic prophecy that is being fulfilled by young Elja concluded, sort of. Elja and Moses enter the cube, but then they simply disappear to who knows where or when or what. I desperately want more of this show, which makes it great. Yet its a shame it only received six episodes to begin with, because the story of Tribes of Europa deserves so much more.