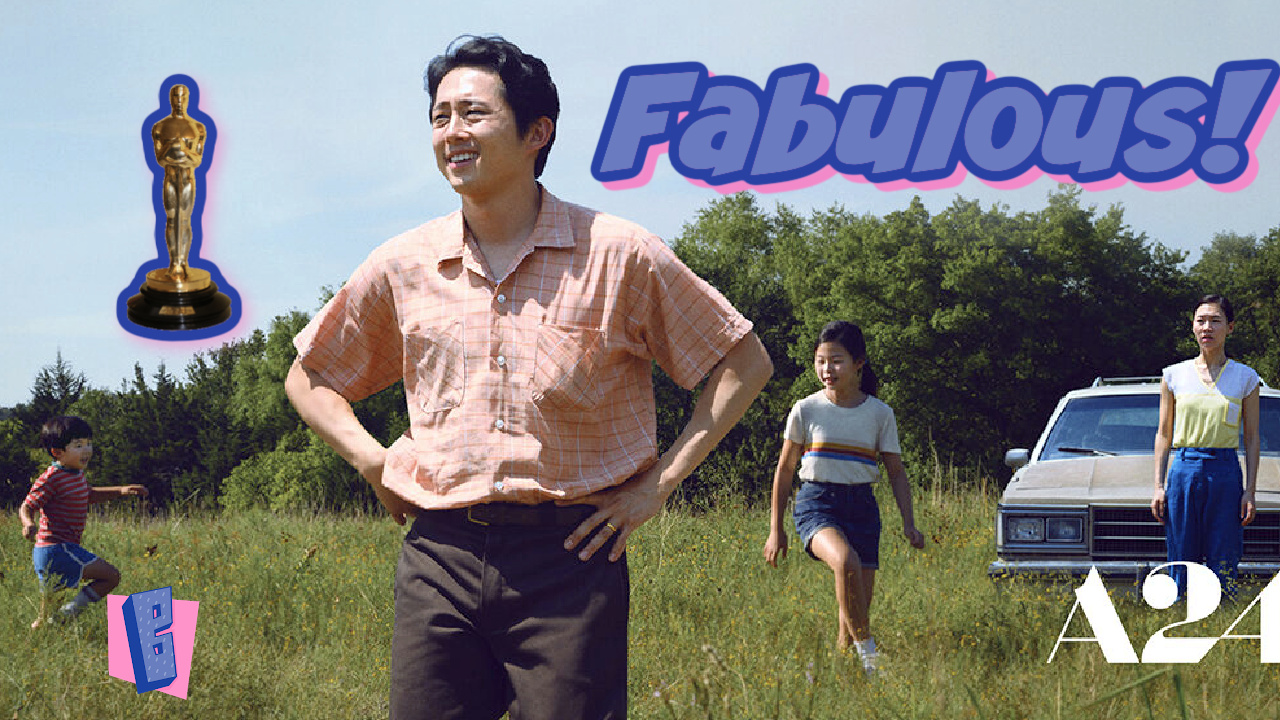 Minari sets the standard high for brilliant storytelling. This film shines so bright with the acting, the characters, the setting, and story. Our Minari movie review is here because everyone should see this beautiful film!

Minari is one of those films that I wanted to keep watching and know more of their story. It’s a slice of life film that captures the struggles of a Korean American family pursuing their own American dream. This is a great example of brilliant storytelling, as well as acting. Check out my video review of Minari below.

There are so many amazing things about Minari, but the acting is standout. Big “WOO” to Steven Yeun’s Oscar nomination. It’s definitely well deserved. He owns this character and the connection to the story, as well as the family element. Unfortunately, he probably won’t win as he’s going up again Chadwick Boseman. Postmortem actors almost always win the Oscar. He is extremely well deserving of that statue.

Besides Steven, the other actors in the film, Alan Kim, Yeri Han, Youn Yuh-jung (also nominated for an Oscar), and Noel Cho round out this family. I love the connections they all built and the struggle you see them all go through. As an actor myself, but also a mother, I watch films about family and dissect whether I feel this is really a family. That is just what they did in this movie. Each one of them brought a layer to the film, a perfect balance to the story, and really solidified the family struggle.

More BuzzChomp: Tribes of Europa is Everything Great about Science Fiction

I really enjoyed how this film dealt with a family’s struggle to create the life they want. They needed to figure out how to do that and they needed to make their own mistakes. It was truly about how they learn to survive and thrive. It’s a heartbreaking and heartwarming film. I always think those are the best kind, because they truly make you feel a range of emotions.

Lee Isaac Chung, the writer and director of the film, is also nominated for an Oscar. This one is definitely deserving as well. If I had to bet though, he will probably not win the Oscar this year. Hopefully the film takes home at least one golden statue, because it deserves greater recognition.

Minari, a film with brilliant story telling, is a must see. What more can you ask for from a movie? Definitely check out this film. Then watch my 60 second video review. Share with me what your reaction to this film is!

Photo Credit to A24 & Plan B Productions