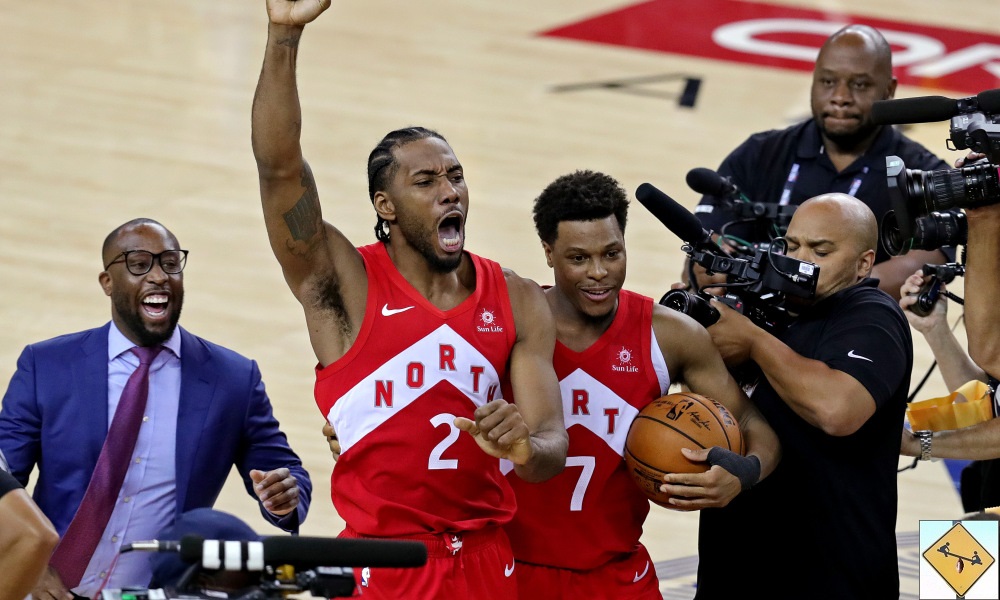 Two first time champions signal a tectonic shift in professional sports. The Toronto Raptors and St. Louis Blues proved anyone can win at any time.

This has been a wild June for champions. First, the St. Louis Blues won the franchise’s first ever Stanley Cup. They vanquished the city of Boston in the process, which everyone in every other city can appreciate these days. The Blues title comes with other interesting particulars. Most impressively, this was the very worst team in the entire NHL when the calendar flipped to 2019. That means, roughly two months into the season, St. Louis was dead last, and six months later, it finished in the very top spot.

There isn’t any other sport where this would be plausible. It is possible in basketball because, like hockey, more than half the sport makes the playoffs. But this type of thing is not feasible in basketball unless there are extenuating injury circumstances, such as the best player in the league missing two months and then returning to make a run. Even that seems far-fetched.

Hockey allows for it, which makes the sport insane and fun. It’s the same reason the expansion Vegas Golden Knights were able to make the Cup finals in their very first year of existence. Thanks to the Knights and Blues, there is literally not a team that should feel like it can’t win the title. Except for Ottawa. The Senators are trash.

More BuzzChomp: Will the Red Sox and Indians miss the MLB Playoffs?

The NBA cannot possibly live up to such standings excitement. It came close though, as the Toronto Raptors captured their first title and Canada’s first ever NBA championship. In the process, they toppled the Golden State Warriors dynasty. Thanks to debilitating injuries, this could have actually been the end of said dynasty to boot.

First, the Raptors’ side of this. Did Toronto officially end teams’ fears of acquiring pending free agents? Oklahoma City took the chance with Paul George. The Thunder didn’t win anything, but it was able to sign George to a new contract. Now Toronto grabbed Kawhi Leonard when everyone else was afraid to. Even if he does leave the defending champs in free agency, they won their first ever title thanks to him.

Not everyone will have that freedom. The Raps were in a specific spot. They were resigned to blowing up the past iteration of the team. Taking the one-year chance on Leonard had little long-term impact. DeMar DeRozan and that old core wasn’t good enough, and his departure was probably needed whether Leonard was coming back in the other direction or not. It is hard to formulate another scenario that will be similar, but there is something to be said for the talking-head point:

Get that player in the door, and either win him over emotionally with your great culture or let him help you win. Worry about the following season when it comes. It will be interesting to see who attempts to copy Toronto’s “blueprint” for this title.

Also on BuzzChomp: The Handmaid’s Tale Season 3 Revolution has Begun

As for Golden State, this was a worst-case scenario. Kevin Durant went down and will miss next season too. He can opt out and leave GS for nothing, opt in to his one remaining year and take up $30+ million of the salary cap without helping the Warriors one bit, or sign a new, max extension. Klay Thompson also went down and could miss most of next season, if not all of it. If he returns under a new contract, that is another $30+ million given out to someone who won’t be able to help the team. The Warriors could be the most hamstrung roster in the league. It will be six months of a worse version of the team we just saw fizzle in the Finals. Does that team even make the playoffs?

There is a lot to unpack here, and the rest of the Western Conference is making moves in the mean time. On the one hand, would you even want Durant and Thompson back on max contracts when it could guarantee a bad 2019-20 season? On the other hand, what’s the alternative? The team isn’t projected to have cap space to sign anyone of note unless Durant opts out and it rescinds the rights to Klay. And even in that “ideal” scenario that involves losing two of the best players in the sport, there will not be enough cap room for any star players anyway. While it seemed like GS’s pending free agents could be at the head of the NBA offseason, they now will be for certain but for the wrong reasons.

While the NHL took an incredible turn with the way this season played out, the NBA took its own fascinating turn in the Finals. It was a fun June indeed.

Its refreshing that we have two new champions in the NHL and NBA, after Boston swept the MLB and NFL once again. I also kinda sorta love that the Toronto Raptors ended a dynasty, while the St. Louis Blues sent Boston home. Both put a smile on my face, as do the prospects of further uncertainty in the leagues next season. Will both teams be good, or even make the playoffs? Now is not the time for such a reality check. Now is the time to acknowledge the tectonic shift that is taking place in two of the major US professional sports.

Its been the Golden State Warriors and everyone else in the Western Conference for years now. LeBron James made noise in the NBA Finals, but Golden State was unstoppable. Yet Kawhi proved yet again that a great player can take down even the best dynasty. James did it to the Warriors before, and now Leonard has done it. I do not believe the Warriors are dead next season, but it makes you wonder about Stephen Curry and his ability to carry Golden State without a star studded supporting cast. We do know that wherever Kawhi ends up, he will elevate his team to NBA title contenders. Is it smart to stay in the East where the path to the NBA Finals has historically been more open? Is this even true any longer?

More BuzzChomp: How to Squeeze in Fitness on a Business Trip

The Toronto Raptors will be very good next season if Kawhi stays and still pretty good if he leaves. Golden State will also be very good, no matter who stays or goes. Quite the opposite is true with the St. Louis Blues and Boston Bruins. The NHL resets completely at the start of a new season. The Blues and Bruins can not carry their playoff highs beyond December, so neither should be counted on to return to the Stanley Cup Finals. Boston has shown consistency, but we know that doesn’t matter in the NHL. What’s truly great about the current NBA and NHL champions is that they won when everything on paper said they shouldn’t.

Hockey is probably the best cast scenario for a sport reliant on die-hard fans. Any team can win the cup. This also brings in casual fans who eat up the unpredictability. Sports love dynasties from an international marketing standpoint. Fans love to hate dynasties as well, but actual interest in a sport where one team keeps winning all the time is ultimately tempered.

Its no fun for the New England Patriots to always be the AFC favorites in the NFL. It was no fun for the Warriors to always be the favorites in the NBA. The NHL nixed this problem and the NBA just hit reset with a Toronto Raptors’ title. Major League Baseball seems to have both sides of this coin in hand, as does the NFL. There is no right or wrong, but as star players gain more power, we must get used to the fact that any team can win a title.