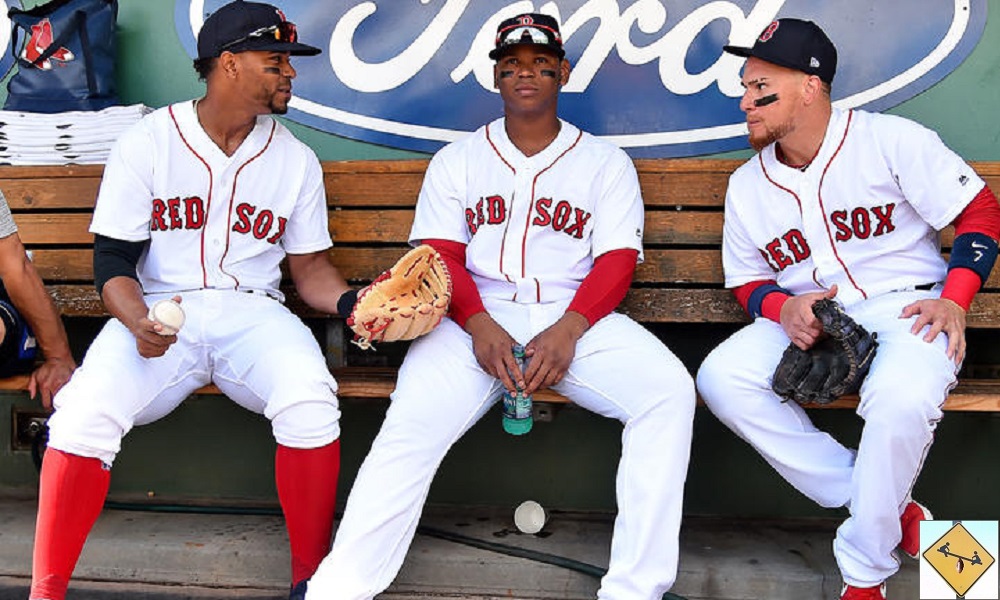 Living up to the hype is hard. Just ask the Boston Red Sox and Cleveland Indians. Both teams entered 2019 as playoff favorites, yet both are poised to sit home this October.

Entering the 2019 MLB season, four of the five playoff spots in the American League were thought to be sure things. Instead, two of those four have faltered to a dramatic degree. Through games June 12, the Boston Red Sox are 34-34, eight games back of the lead in the AL East. And the Cleveland Indians sit at 34-32, a massive 10.5 games behind the division lead.

Thanks to wonderful starts from the Tampa Bay Rays and Minnesota Twins, it still does appear as though four playoff spots are sewn up. That leaves one spot available for the likes of Boston and Cleveland. They aren’t alone though. Texas and Oakland are also in the mix. In fact, the Rangers currently sit two games ahead of both the preseason favorites.

Is it possible both the Boston Red Sox and Cleveland Indians miss the playoffs? If so, who’s disaster is bigger?

Boston is the defending champ. It was expected to roll to another postseason berth after a historic 2018 and not much roster turnover. A 6-13 start through its first six series really put that in question. Since then, Boston is 28-21, which seems to indicate a permanent turnaround. But thanks to injuries to JD Martinez, Mitch Moreland, and an uncertain back of the bullpen, there is no telling how much ground the Boston Red Sox will actually be able to make up. They haven’t really made much progress at all in the East, which only leaves a single wildcard spot in sight.

Cleveland has been in even worse shape thanks to even more impactful injuries and the hottest of hot starts from Minnesota. Despite Corey Kluber, Mike Clevinger, and Carlos Carrasco all being sidelined, pitching hasn’t even let the Indians down. Their offense has. Perennial MVP candidate Jose Ramirez has been truly terrible for reasons unknown. The front office moved on from other pieces that used to protect Ramirez and Francisco Lindor in the lineup. We are left with the team that is 12th in the AL in runs scored and 13th in slugging. Only rebuilding teams have been worse.

And it makes a little sense. The Cleveland offense is a rebuilding group, even if the roster at-large was expected to compete for a title. Of the eight regulars, five are 26 years or younger, with Ramirez and Lindor being the oldest of that bunch. It doesn’t mean we expected this unit to be bad, but there was more unknown than in previous years. And for the superb support Carlos Santana has provided, it is cancelled out by other veteran struggles, like from Jason Kipnis.

Also on BuzzChomp: Can Anyone stop the Dodgers in the National League?

After all that, I’d be surprised if both squads miss the playoffs. I don’t believe at all in Texas, and Oakland hasn’t been any better than these two supposed behemoths. It really comes down to picking Boston or Cleveland for wildcard two or the field, and I’d rather take the former.

The aforementioned failure would most definitely hurt Boston more though, at least emotionally. The Indians leaned exactly into missing the playoffs with the offseason they had. They weren’t trying to better themselves. They were trying to save money. Perhaps Boston did the same when moving away from Craig Kimbrel, but there were other factors at play, especially since the Sox weren’t even at risk of losing a draft pick for their own free agent.

We’ve been here before with Boston: winning the World Series and then immediately missing the playoffs. That doesn’t make the outcome any better, especially if the rival New York Yankees manage to make it through such a wild season with massive success.

Its very possible that both Boston and Cleveland miss the playoffs, and the bigger disappointment would certainly be in Boston. Considering how the Red Sox’s division rivals have played this season, their failure to secure an AL Wildcard spot would ring loudest. Oddly enough, neither team controls its own destiny. Texas and Oakland have a say, but Tampa Bay holds the biggest chip in determining whether Boston or Cleveland remain relevant down the stretch.

The Rays ability to win the AL East or hold onto the top AL Wildcard spot is one of the best stories this season. No one is questioning the Yankees ability to stay near the top of the American League, but Tampa Bay is an enigma because of their young talent. Yet the Rays have built a large enough lead over Boston and Cleveland to feel comfortable, as even sub .500 baseball the rest of the way doesn’t lose them much ground unless the Red Sox and Indians get really really hot. An eight game lead is enormous, even with more than half the season remaining.

I can’t say I’m shocked that Boston may go ‘first to worst’ once again. This team has formed a pattern of missing the playoffs, only to win the World Series and then miss the playoffs the following season. Cleveland has surprised me, but your expert breakdown of how this happened validates the writing on the wall. They aren’t a great team this season. That being said, who exactly is better in the American League?

You kind of nailed it. Oakland is always a nice story, but right now they aren’t playing better than the Boston Red Sox or Cleveland Indians. They are one game behind Cleveland and tied with Boston, sitting three behind Texas for that final AL Wildcard spot. I’m very intrigued by the Rangers, who we both thought would be good last season. Then they were awful. Now Texas is in control of the final playoff spot in the American League.

On paper, Boston should take the final playoff spot from Texas. Cleveland should challenge them for it as well. But two full months of baseball don’t lie. This is going to be a fight to the finish and the Rangers appear up to the challenge.