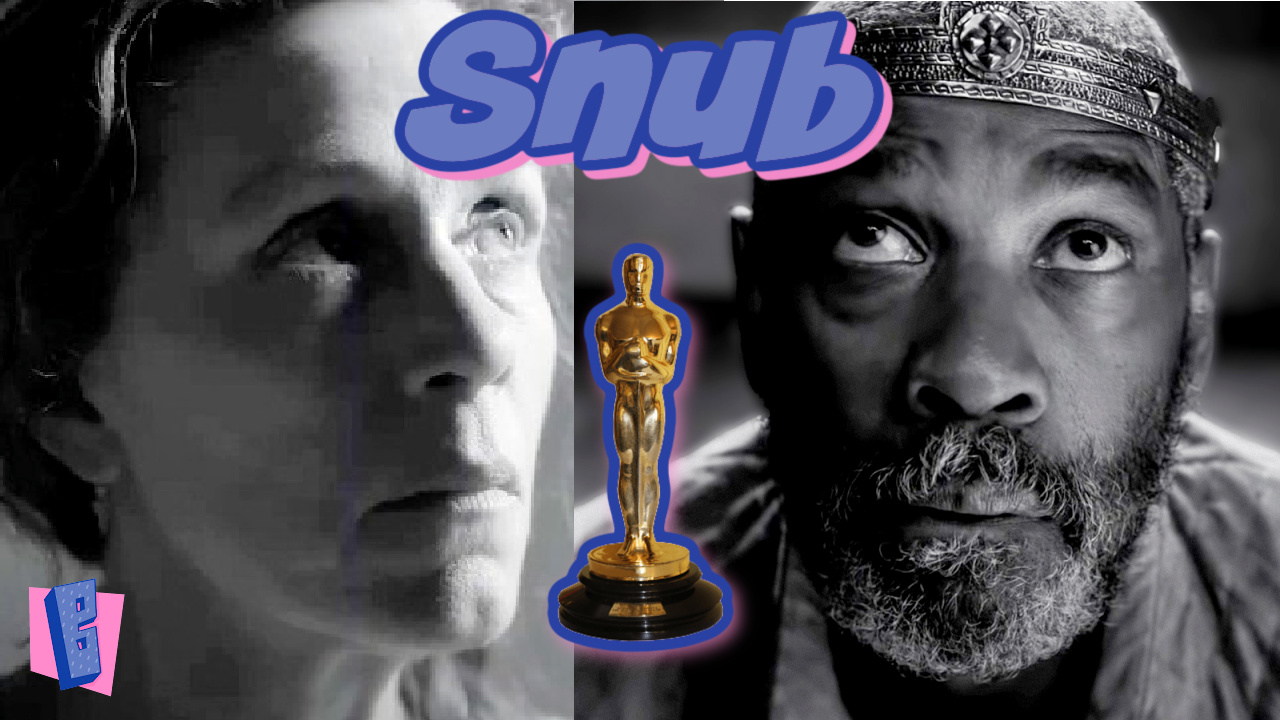 The Tragedy of Macbeth had some major Oscar snubs! It did receive three nominations, but missing from those three were Best Actress and Best Picture. This film took a different approach to this story and I definitely think it deserved more nominations.

The Tragedy of Macbeth is Joel Cohen’s newest film and it had some major Oscar snubs. It’s nominated for three Oscars, Best Actor, Best Cinematography, and Best Production Design. I thoroughly agree with all three of those, but I think it should have gotten Best Actress and Best Feature Film.

Ten other feature films received a nomination for Best Feature Film and I’ve seen 7 out of the 10 so far. I will see all of them by the Awards Show and even out of the 7 I’ve seen I’d say Macbeth deserves to be on that list above Westside Story and Licorice Pizza. I’m not saying I didn’t enjoy those films because I did, but I think The Tragedy of Macbeth out shined them. Cohen took a story we’ve seen before and breathed a different life into it.

More BuzzChomp: House of Gucci Review | Over The Top Fabulous

Denzel Washington is fabulous as Macbeth, but Frances McDormand is equally as fabulous as Lady Macbeth. After watching the film, I thought she was a shoe in for a best actress nod. McDormand delivers in her performance. She’s been nominated 6 times for an Academy Award and won 3 times. There is so much weight to her performance and she is an equal counterpart to Washington.

The Tragedy of Macbeth is interesting, fabulous, and gives a different take on a classic story. I didn’t need a huge fight scene. I liked the use of black and white because it gave us so much grey which is really where the story lived. Best Picture and Best Actress is where the Oscar Snubs lived! Share with me your thoughts and make sure you watch our quick review.