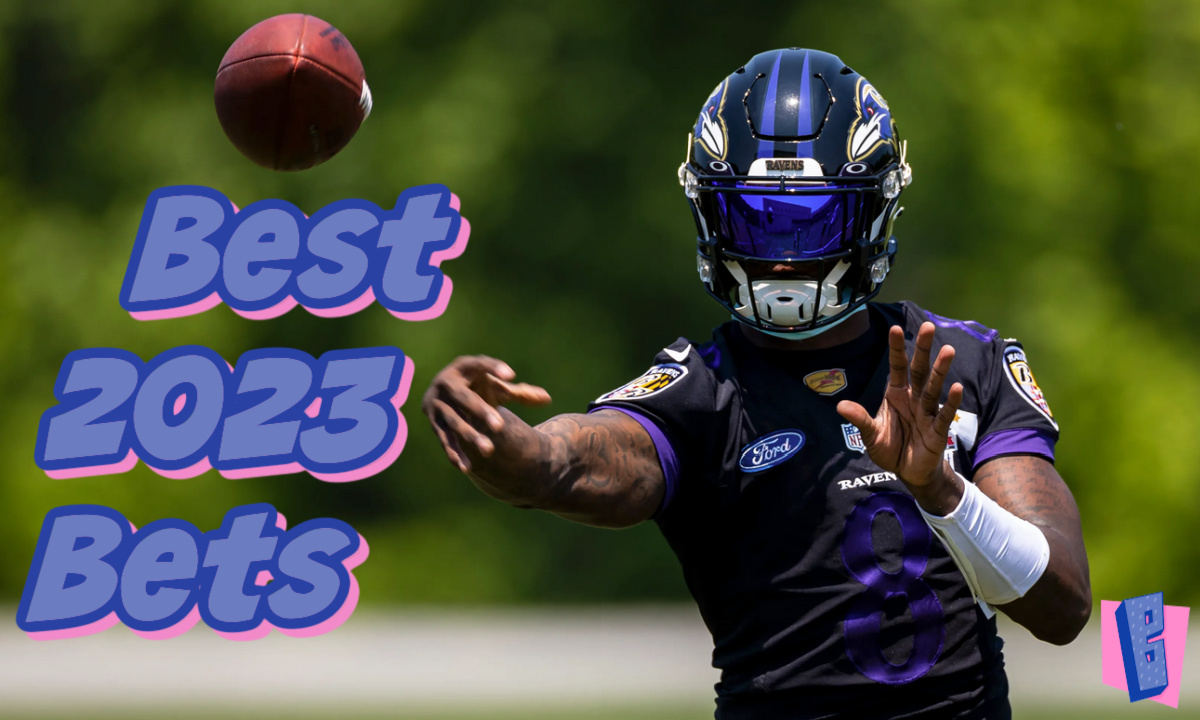 The odds were long this past season for the Rams and Bengals, but both shocked us all. Now we look towards Super Bowl 57 in 2023 and the Ravens and Falcons stand out. Bet on them now before you lose your place in line.

We are just days after the Super Bowl finished an incredible playoff run. That means we are already late to pick next year’s league champion! By rule, this must be done within 48 hours of crowning this year’s champ. Because of the extended season, we allowed us just a bit of extra time, but now we are up against it. Who is the best bet to win Super Bowl 57?

No one saw this year’s title game matchup in the cards after last season. The Rams were supposed to be good but perhaps too top-heavy, with a coach who couldn’t get it done in the big game. The Bengals were supposed to be rebuilding after being one of the worst clubs in the sport. In a league where the standings flip on their head year to year, it was, thus, hardly surprising to find these as the final two teams standing.

More BuzzChomp: The Book of Boba Fett brought Total War in its Finale

To clarify, it was not surprising to find a title game pitting a top team with questions against a rebuilder ahead of schedule. Those teams happened to be Los Angeles and Cincinnati respectively. However, trying to nail down which specific teams will fit the archetypes of the future championship game is a fool’s errand. No one has any earthly idea… which is what makes it all so much fun!

Looking at the title odds for next season, we see a couple of obvious contenders at the top. They are the two teams who many thought were the best this season, up until they weren’t. Buffalo and Kansas City are the two favorites to win Super Bowl 57, followed by this year’s title game participants coming in at third (LAR) and fourth (CIN). This is a bit surprising; as is the team with the fifth-lowest odds to win next year’s Super Bowl, the San Francisco 49ers. Since this past season went completely off script, we can expect much of the same going forward. Who is the best bet to win Super Bowl 57 in 2023?

None of the top teams are good bets, regardless of how strongly you feel that they are the best club. The best club doesn’t always finish as such because of bad luck, injury, random chance, etc. Also, the preseason best club is oftentimes not the odds-on favorite once the playoffs roll around. Too much changes within a month, let alone months in advance.

My favorite pick to win Super Bowl 57 is further down the chart. I’m not ballsy enough to try to nail next year’s Cincinnati as a bottom-feeder who turns it around on the back of a young passer. Chicago or Jacksonville perhaps? If we played this 2021-22 season 10 times, I’m not even confident the Bengals would win the conference more than the one time it did. I do like a team from the AFC North though.

Also on BuzzChomp: House of Gucci is a Fabulous Film

Isn’t Baltimore suddenly underrated? This team always brings it on defense. With a premiere talent at quarterback, a proven coach, an offensive identity, and some rather high odds, the Ravens seem like a great title pick at 20/1. Returning to health on offense will be key, as will adding another weapon in the passing game (as we say every offseason). New defensive coordinator Mike Macdonald will try to bring his unit back to the elite, which could be the final piece. A lot has to go right for anyone to win it all. Baltimore has the blueprint to make that a plausible reality.

Don’t think I didn’t notice how you omitted my New York Jets from the “next Bengals” conversation. This will come back to haunt you. In all likelihood, no team will achieve what Cincinnati did this season. No rookie quarterback this past season looked as good as Joe Burrow did in his injury shortened rookie year. Zach Wilson was probably the closest, and he wasn’t very close at all.

One bottom feeder will go worst to first and perhaps be in the Super Bowl 57 conversation. It happens every year, so which division is as open as the AFC North was this past season? One could argue that the AFC North still holds this crown, making your Ravens pick technically a repeat performance, since they finished tied for last place. While I love the improvement my Jets have made, the AFC East is far from open competition. The NFC South likely is most open with Tom Brady and Sean Payton departing. Maybe this is finally Carolina’s year. They are just a healthy McCaffrey and a quarterback away baby!

I don’t actually believe in the Panthers. My best bet to win Super Bowl 57 hails from the same division and offers equal odds. At 50/1 the Atlanta Falcons are a great pick to win the Super Bowl. Matt Ryan can retire on top of the sport in what may be his final season no matter what happens. With a healthy Calvin Ridley, Atlanta will have major weapons on offense once again. The defense is always a question, as is pass protection, much like Cincinnati entering this past season. With the NFC South truly open competition, the Falcons led by veteran Matt Ryan are poised to capitalize. I like those 50/1 odds.