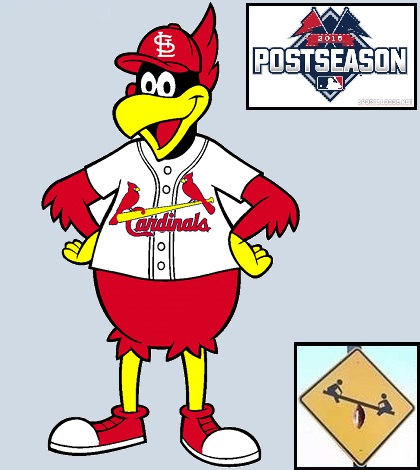 For much of the 2015 MLB season, the St. Louis Cardinals dominated the standings. While Pittsburgh and Chicago were hot on their tail in the National League Central for some time, St. Louis continued to hold onto the best record in baseball. This, despite a number of injuries to major contributors.

Ace Adam Wainwright went down early in the season and hasn’t been heard from since. He only made four starts. Supposed lineup regulars Matt Holliday, Matt Adams, and Randall Grichuk have also spent extended periods on the disabled list and have only just returned in the middle of September.

The good news for Cardinals fans is the team has clinched a playoff berth and continues to hold onto the division. The bad news is the team has been struggling and sputtering at just the wrong time, going 11-11 since the start of September. Ideally, a team will catch its peak sometime during the season’s second half and cruise into the playoffs on a high. St. Louis may be doing the opposite.

With so much talent elsewhere in the division and in the NL in general, do you see this as a death sentence for St. Louis’ championship hopes? I am worried.

The lineup is getting healthier at the right time, but manager Mike Matheny has now had his hands full trying to decipher what his best lineup construction is on a nightly basis. He needs to get everyone at-bats without sacrificing consistency and confidence.

Without Wainwright, the pitching has been stellar but with production from unlikely places. Can Jaime Garcia continue pitching so well in the playoffs? What about the untested starter Carlos Martinez? He has never started a postseason game before. Closer Trevor Rosenthal creates a dumpster fire on the bases every time he enters a game; that is nothing but trouble come the postseason.

A few weeks back, there was no question the Cardinals were the favorites to win the NL pennant. Now, as they oddly get healthier, the situation has somewhat changed.

St. Louis certainly was the NL favorite back in August, but as the story often goes, September baseball dictates the pace of October. The final month of the MLB season is a huge barometer for postseason success, with momentum and health the key ingredients.

The Cardinals are no longer the favorite to win the National League. They’ll likely hold on to win their division, forcing the Pirates and Cubs into the wildcard game. But it’s that wildcard winner who gets the nod as favorite. St. Louis lost two of three to Pittsburgh and four of six to Chicago in September. They are not the dominant team any longer.

Postseason baseball comes down to dominant starting pitching and clutch hitting. A reliable closer helps as well, but when your top three pitchers can close the deal, your team is ready to rock and roll. I don’t feel confident in the Cardinals’ top three starters. Lackey is 13-9, Lynn is 12-10, with Wacha the most impressive at 16-6 of the top three in the rotation. St Louis’ other pitchers may get opportunities come playoff time, but untested and unproven does not make for a favorite to win.

Until the Dodgers prove their postseason viability, I will not be jumping on their bandwagon as favorites. Until the Cubs make some real noise, I’m avoiding them as well, despite the incredible job Joe Maddon has done. I really like the New York Mets, but its the Pirates who are my favorites. Surviving the wildcard game won’t be easy, but Pittsburgh looks complete. Sorry St. Louis, but your road to the World Series appears to end with the Pirates.