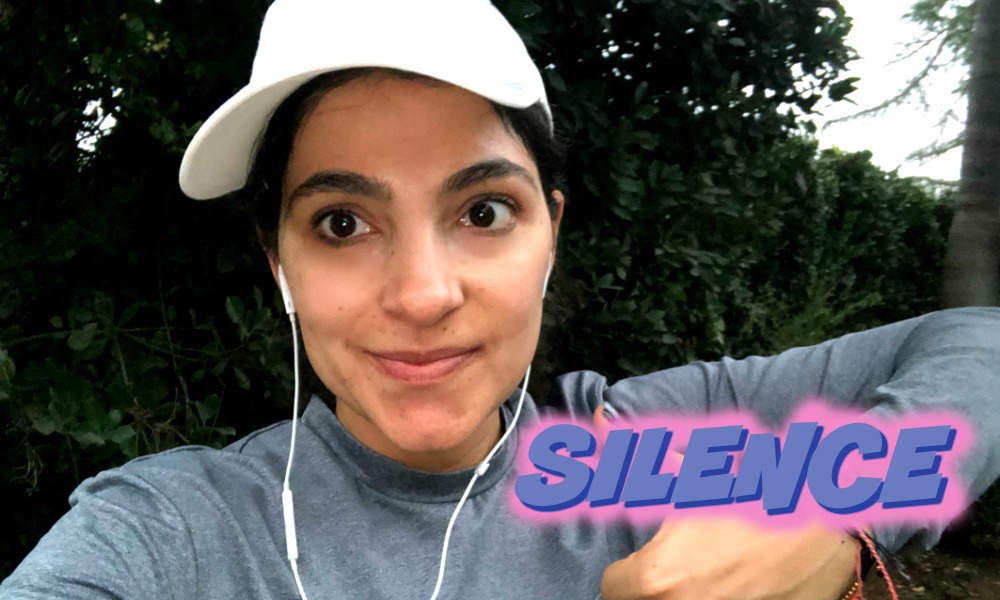 Silence the world while you run to achieve ultimate Running Success. I do not mean blast music so loud it is the only thing you can hear, because that is not practicing run safety. What I mean is to not allow the noise of your life to effect your runs.

For a very long time I was unable to silence out the world while I ran! I always let the noise of my life affect when I ran, how far I ran, and really how my run went. Quickly I learned that this was not helping my running success at all. The majority of the time, it was negatively affecting it.

Once I learned to separate myself from my day and just let myself go run, that is when my running success took off. I’ve talked a lot about getting to a point where I could just go run. This definitely was the “goal.” It’s one of those goals that we all keep setting, but keep coming up short in reaching. Personally, it was this lofty goal that my life kept getting in the way of. If I could just have a month where I wasn’t busy, then I could go run a ton.

Once I was able to let go of my “busy schedule” and set my life aside from running, I found my ultimate running success. My “busy schedule” was me being unable to silence out the world while I ran. To defeat this, I chose to instead remind myself that I’ve set aside this time to go run, and I don’t need to think about anything else. My world will be there waiting for me when I get back.

Learning to separate myself wasn’t easy. It took a shift in mindset, but once I shifted my mindset, working out got so much easier. I finally saw that I had been in my own way. All I needed was to let myself be while I ran, as well as during the before and the after. I’m a morning runner which can make it difficult. I used to let myself get caught up in needing more sleep. Eventually I realized that sleeping an extra 30 minutes doesn’t ever really help me. I never feel better and I used to be so mad at myself that I skipped my run.

More from Mandi – 5 Steps To Running Every Day


Since my life has gotten busier with a baby, not running in the morning means I won’t run. I used to play the “I can just run in the afternoon” game, but now I really can’t. My little girl is on a schedule and it’s much easier for all of us to run in the morning. Barring weather or feeling sick, I’m normally out the door before 6 AM to go for a run. I don’t even think about it anymore.

The funny part is, silencing out the world while you run just happens one day. I focused on committing to my runs and not letting anything else affect them. Once I learned that my run isn’t burdening my day, but making it feel so much better, I was free to run. It makes my day start with a great accomplishment. Embracing that accomplishment has led to my ultimate running success!

Some days you just need to run. Embrace it as your running motivation. I know I’m using it as mine.