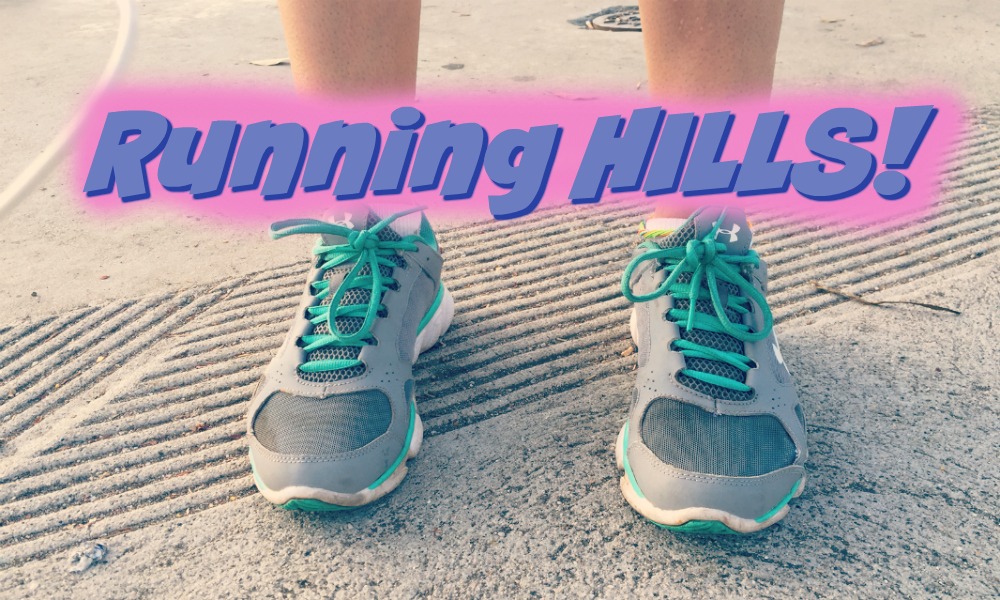 Running hills is hard and an awesome way to switch up your run and add intensity. I’m lucky to live in a pretty hilly area of Los Angeles, but while on vacation last week in Connecticut I was reminded of just how hard running hills truly is!

The type of hills I run when I go visit my husband’s family are those steep rolling hills. They’re the kind that when you drive on, you forget that you’re actually driving through hills. Up and down and left and right, a never-ending wave of incline and decline that’s incredible exercise. Running them is a whole different game kids!

Since I already run hills on a regular basis, these rolling hills were at least a little less daunting. They really do spice up your run, keep you on your toes, and they are fun! On my first day running them I definitely felt invigorated. Since I don’t run hills like that very often, I find the first day is always the easiest! I’m always excited to do a different loop and challenge myself. I’m excited to run the hills and when I’m done I feel great!

The second day is when I really felt just how intense these rolling hills are. Plus, afterwards I was exhausted. On day two my legs don’t feel as strong and I know the mental anguish that is coming as I get past the third, fourth and fifth rolling hill. But I still love doing it! This loop is not as long as my normal route. It’s about a mile shorter and if I want to add that mile on, I have to add two more hills. Usually we opt out of that, because we are on “vacation” when we’re there.

The funny part is, most of the time I feel I get a better workout when I’m there running. I really have to push myself up those hills and I even have to push myself to run. Now that I’ve run these hills a lot, I no longer have to prep myself for them, but I still know that they’re coming! I do wish I had an area around me that had these type of rolling hills. It’s a nice change of pace and its a different style of running!

Since I’ve truly committed to running everywhere and anywhere, I’ve been able to run many different styles of terrain. It invigorates me and I really am able to truly embrace my runs at home after running somewhere else. I always feel like I’m running faster and stronger when I get back to my home turf. My body definitely craves what I normally do, appreciates that I switch it up, and I’m able to reach some new goals after I’ve run in new areas!

The rolling hills are something I definitely wish I could do more frequently, but then apart of me is glad that I only do them when I come to visit Connecticut. Maybe if I was here more frequently they’d feel less hard and I’d get better at running up those hills at the same pace I can run down them. For now, I’ll just enjoy them on the vacation and take the benefits my running receives from running hills!