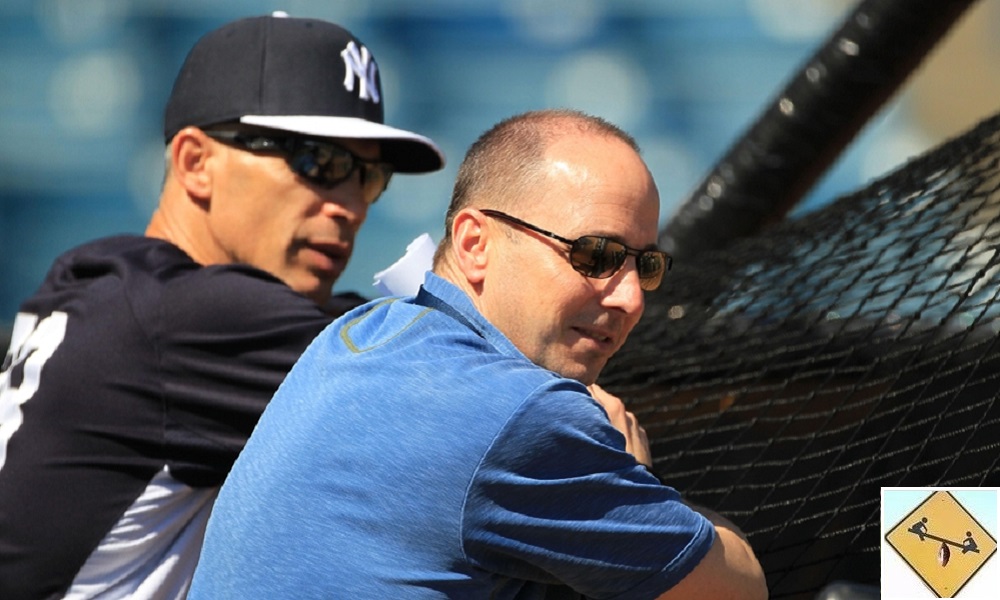 Brian Cashman worked beautiful magic this season for the New York Yankees, practically sealing his bid for the Hall of Fame. In with the new and keep the old until they’re ready to leave. Fine by me!

Perhaps a series sweep at the hands of the piddling Tampa Bay Rays helped push the team in the right direction, or maybe ownership was going to pull the trigger anyway. Either way, the New York Yankees have done exactly what we were hoping for: not be swayed by a misguided chance at a second wildcard spot to get into the postseason and instead trade their top assets, looking toward the future. (Editors Note: This piece was originally written the morning of August 1st, prior to the MLB Trade Deadline)

The deals of Aroldis Chapman and Andrew Miller were both works of art. New York acquired the Cubs’ top prospect as well as a second top-10 prospect for Chapman, a man who will become a free agent in two months and may rejoin the Yankees anyway in the offseason. For Miller, the Yankees got even more because he is under contract. They got two of the Indians’ top overall prospects, one of which, Clint Frazier, immediately becomes New York’s top overall player on the farm.

As of Monday morning, we still have a number of other possible deals in the works as well, including such names as Carlos Beltran (of course), Brian McCann (for real?!), Ivan Nova (cross your fingers) and others. I’m not sure what will come back for any of those. Specifically McCann will probably net nothing in return other than monetary freedom. But even if no one else is dealt, the Yankees have won the trade deadline.

In addition, though it doesn’t technically matter, NY has not quit on the year. Until it trades Beltran, it is still as strong everywhere as it had been outside of the bullpen. And with Dellin Betances, as well as the acquisitions of Adam Warren and Tyler Clippard, that should still be a capable unit on this team. We somehow managed to add four new prospects to our top seven or eight, including a new top two, without debilitating our Major-League roster. Bravo Brian Cashman.

Maybe you think that final point doesn’t matter and the team should have jettisoned far more players. But these are still the Yankees. We can’t go in the tank. This isn’t Milwaukee or Cincinnati. The chances of making a playoff push are very low after this Tampa Bay series, but there will likely be no towel-in throwing. We will finish 80-82 with pride.

Hey! The Yankees will finish 82-80 with pride. Get your facts straight. This is a winning team, even if they will not likely be winning anything in the postseason. Cashman’s beautiful dealings epitomize this winning and the culture of talent surrounding our Yankees. They had the BEST bullpen in baseball, but three star closing pitchers is two more than can play at any given time. Now New York has one star closer and a true bounty of talent across its farm system. It’s about damn time!

It’s hard to admit that our team is ever less than a dominant force in Major League Baseball. The Yankees have been a playoff team for nearly two decades. But the smart fans and media all saw the elderly writing scribbled across the new Yankee Stadium wall since 2009. We won a title seven seasons ago with a veteran lineup that was about to peak. The peak did not come that season, but one season at a time for each of New York’s veterans. Despite that reality, Cashman managed to position our team to capitalize on a down year at the absolute best time. One year before Rodriguez and Teixeira are done, the two oldest and most detrimental contracts left on this team, our Yankees flooded the farm system with some of the best prospects in all of baseball. In so doing they traded away great players, but none who were integral to this team’s current success.

Its true the 2016 Yankees won every game but one when Betances, Miller and Chapman all pitched. But this is an average ball club that needs power back in the lineup and rotation. The odds of such dominance joining the big league club in 2017 or 2018 just went up exponentially. The odds of New York signing a big name free agent this offseason or next just went up exponentially. Instead of playing by traditional rules of saying goodbye to the old and ushering in the new, our General Manager has welcomed in a treasure trove of new players before any of the old guys hang up their uniforms.

In with the new and let them be mentored by the old, before each veteran gets his well deserved send off. That’s not to say that the Yankees won’t trade away Beltran or McCann or more. Sell high and acquire as much talent as humanly possible. This ensures one or three players become major forces on the major league club. This ensures the Yankees retake the AL East in the near future, instead of slowly fading away into irrelevance like so many other dynasties before them.

Brian Cashman may have just earned himself a hall of fame bid with this round of deals. Time is on his side and when the Yankees’ young talent all explode onto the scene, we will remember this season as one of the greatest in recent history for New York. Pinstripe pride lives on.