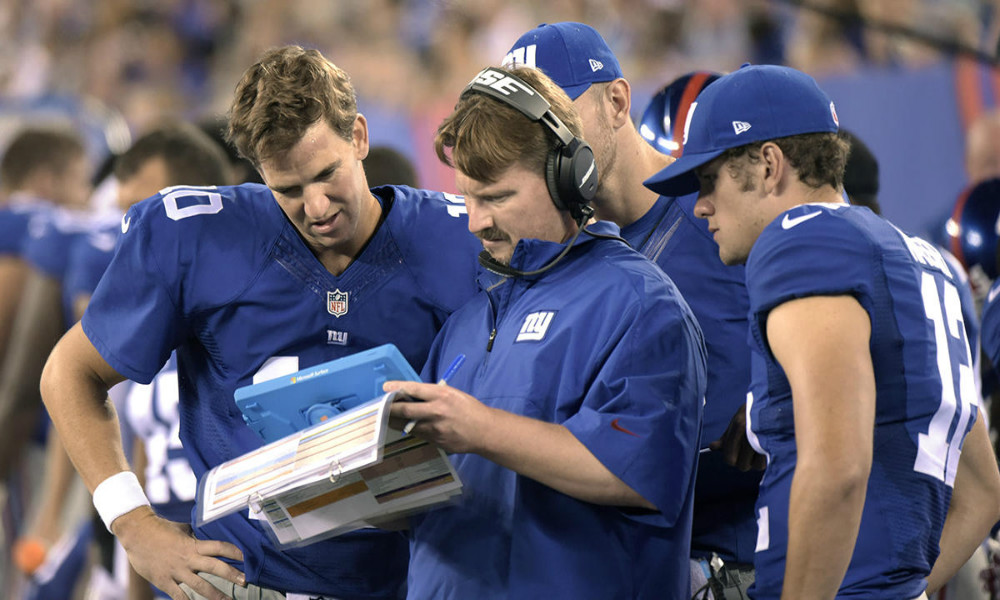 It has been a tough couple of years for the New York Giants, but some common trends could be reversing in their favor for the 2016 season. It remains to be seen if the statistics will be enough to portend a rebound year. (Photo Credit: nbcconnecticut.com)

The New York Giants accumulated just six wins and 10 losses during the 2015 NFL season. It was the identical record to what they achieved the prior season. According to some of the more intricate numbers in football circles, New York could be due for a bounce-back 2016.

Bill Barnwell, formerly of Grantland fame and currently a cog in the ESPN machine, crunched the numbers for the entire NFL in the areas that most often determine over or under achievement in the sport season to season. The Giants, perhaps unsurprisingly, show up in a few areas that could indicate the team is ready to rebound in 2016.

The first area is point differential. This figure normally does a better job of predicting future success than past win-loss record does. According to the Pythagorean Expectation formula, the Giants won 1.5 games fewer than would be expected based on their point totals. They essentially played like a 7.5-win team but only won six times. It was the fourth largest difference in the NFL.

Of course, the Giants also found themselves on this list prior to last season and failed to build on that 6-10 mark from 2014. The numbers are only indicators, not crystal balls.

New York found itself fourth on Barnwell’s next list as well: record in close games. Teams’ records in such contests tend to even out over the long haul no matter the personnel on the roster. And New York was just 3-8 in one-score games last year, tied for the fourth-worst mark in the league.

In other facets, the Giants could come up short moving forward. They had the fifth-best turnover margin in the sport (tied with a couple other teams). They have what appears to be a pretty tough schedule this season. They also have horrible injury luck. That final factor would seem to play in their favor in terms of progressing towards the mean, but with this franchise, a flood of injuries seems to be unavoidable.

The last factor, also discussed in detail by Barnwell, is red-zone efficiency. Good offenses are better at scoring points than bad offenses, obviously. Interestingly though, red-zone offenses and red-zone defenses are units that do not show consistency year to year compared with a team’s own overall offensive or defensive output. There are giant fluctuations because 16 games simply isn’t a large enough sample to determine certain skills.

New York falls into the camp of vastly underachieving in the red zone last season, which could lead to a bounce back in 2016. Or it could, as Barnwell’s data shows, lead to a drop in overall offense to line up with how the team performed in the most important 20-yard block. Or, again, it could lead to nothing. Another set of 16 games is still a small sample.

The same goes for red-zone defense, where NY finds itself on the other end of the spectrum. It was atrocious over most of the field in 2015 but got tough in the red zone, which may be an indicator of overall defensive improvement (not to mention all the additions to the roster on defense).

I guess with an average to below-average club like New York has been, there are always going to be factors that are set to improve. However, there will also be plenty playing against the Giants. Percentages and predictions will not give NYG a playoff spot. It will have to earn whatever victories come its way. Though it’s always helpful to have math on your side.