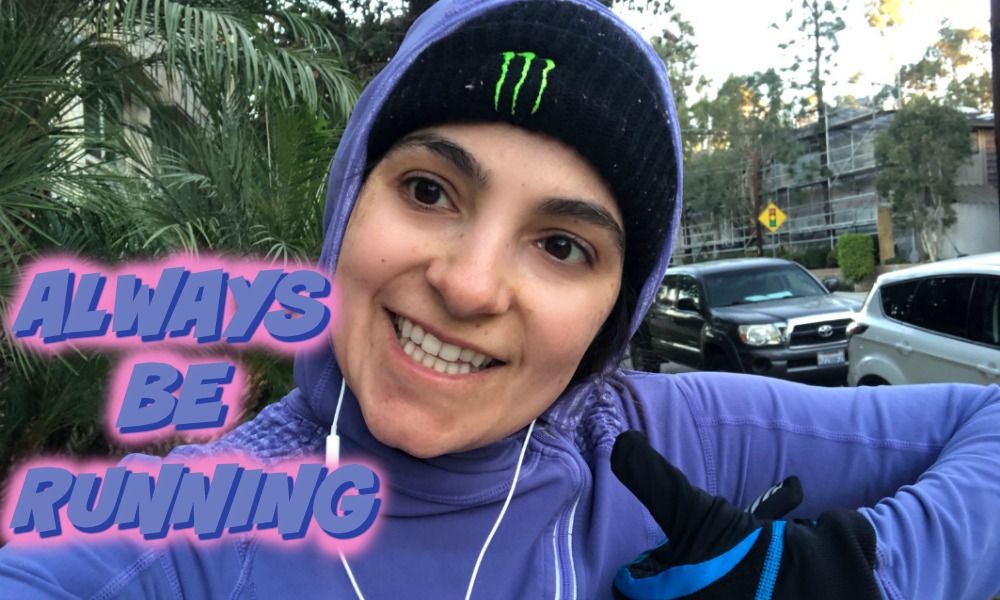 I live in Brentwood, Los Angeles and there are always runners outside. But since the end of the year/new year I have seen very few runners. I’ve now embraced this as my running motivation, running when no one else is.

My husband and I both noticed the sparsity of runners the last weekend of the year. It’s funny, because this is always a favorite time of ours to run. It’s extremely quiet in Los Angeles into the new year, but I usually notice a huge influx of runners right after January 1st. Not this year. I can’t explain why, but it’s been sparse out there. This is now my running motivation, running when no one else is.

Make sure you take the positive side of this. I find so much solace running by myself and I love it so much. It’s extremely freeing and in a city with millions of people, it’s comforting to be outside when no one else is. That first week of the new year I wasn’t even running as early in the morning, and it was still dead outside.

Running when no one else is has given me great running motivation. I realized that since school doesn’t start up the week of the new year in Los Angeles, it was likely a big reason why the runners were so sparse. Yet I’m still a little surprised by this, since I figured people would be out exercising even if they didn’t have to take their kids to school. The lack of other people has inspired me to make sure I get up and out early! It’s funny because getting out earlier has given me back my empty roads.

Even on the weekends it hasn’t been super busy in Brentwood. I guess people are still easing into the year. For me, their slow start has made me dive right into running. It’s made me embrace the run when no one else is. It’s like we have a good little secret going on. I love it and it’s truly been great running motivation! It’s been the boost that I need and love during the New Year.

I love running and truly crave it. It’s my favorite time of day. Running in the morning is always pretty quiet, but when you’re truly the only one outside, there is something magical about it. It makes me want to make that run that much more special. It also makes me want to run faster! I always have an unexpected strength when I’m solo outside.

Run when no one else is. It can seem daunting at first, but once you embrace it and own it as your running motivation for the day, it truly makes you feel amazing. Sometimes I feel like something must be going on, but it’s just that I was motivated more than anyone else to get outside! That makes me embrace the run even more and I always get an amazing run that day!

More from Mandi: How To Be A Flawless Runner