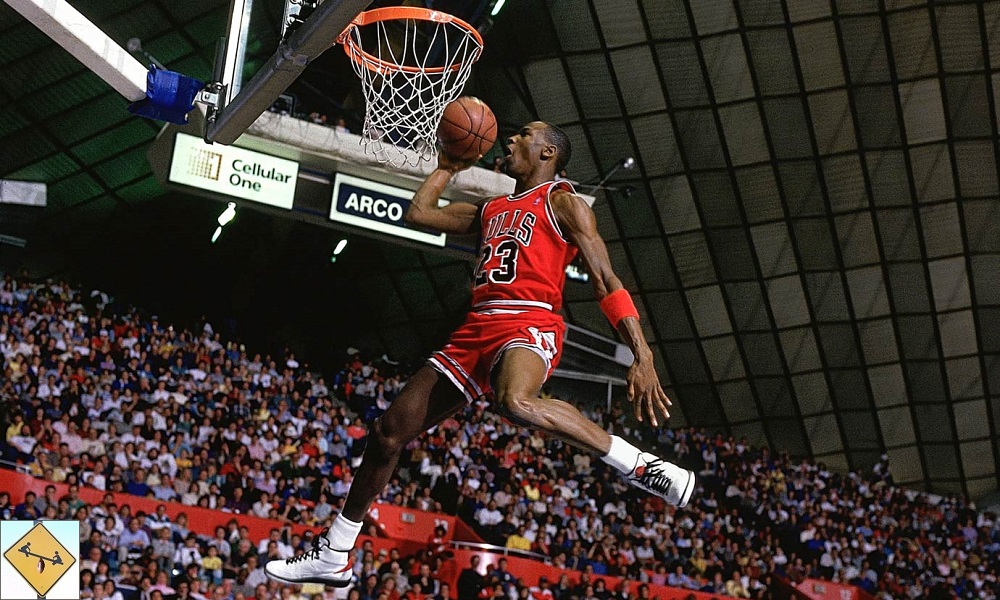 In honor of the 2018 NBA All-Star Game, we at BuzzChomp are playing a game of our own. Take the Sports Quotes Challenge and guess which NBA legend shouted this unforgettable phrase.

They Said What? Sports Quotes game is back for its first round of 2018. The rules are simple. One person supplies a sports quote, either said by a sportsman or spoken about sports. Three clues are supplied as to who the speaker is, and the other person has to guess who uttered the quote.

ALSO ON BUZZCHOMP: Top New Movies of 2018, Spring and Summer

Todd Salem: With the NBA in midseason form and heading toward the 2018 All-Star game, we begin with an old-school basketball quote from a legendary player.

“What excites me the most is when a coach calls a timeout and chews out his forward because I just dunked on his head.”

Hint One: This player is a member of the basketball Hall of Fame.

Second Hint: He has one of the most famous nicknames in NBA history.

Hint Three: He is second on the all-time list in minutes played.

Who is this proud dunker?

You managed to drop a hint before even giving your quote, but I won’t let that sway my game of guessing. This is an incredible quote, bringing two specific players to mind even before reading the hints. Spud Webb, who was a dunk specialist and super short, popped right into my head. What better reason to get chewed out!? Super tall Dominique Wilkins came to mind next. Then I read your hints as to which former superstar NBA player said this.

Hint one allows for both of my initial reactions to the answer. Your second hint eliminates Wilkins, because I can’t think of a nickname he had, but adds in the most dominant player in history. Wilt “the Stilt” Chamberlain definitely would have said this. But Spud Webb also has a wicked cool nickname.

Your final hint narrows the playing field down quite a bit. I doubt Spud Webb got anywhere close to all-time minutes played, but Chamberlain certainly had a long and illustrious career. My guess is Wilt “the Stilt” Chamberlain.

Spud Webb did not make the Hall of Fame despite his legendary stature, and I can’t believe you dismissed Dominique “The Human Highlight Film” Wilkins. Of course, you were right to because he was not the correct answer. However, neither was Chamberlain. The correct answer, and the man who has played the second-most minutes in NBA history is The Mailman, Karl Malone.

Damn it!! I thought I nailed this one.