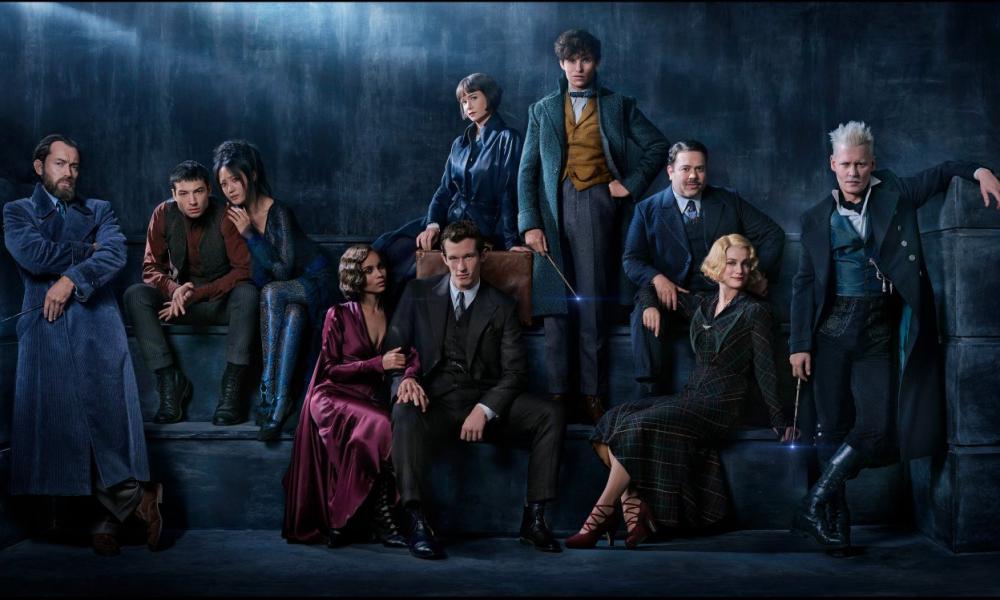 From January through August, the top new movies are blockbuster hits designed to enchant and excite film fans of all ages. Part One of our Top New Movies of 2018 was all about those films, ten movies with superheroes and summer fun. After the summertime boom passes is when real movie fans flock to the theaters. In Part Two, we prepare for…well…superheroes and misplaced summer fun. Plus, a batch of top movies pending for the final quarter of 2018, AKA Oscar season.

Synopsis – Tom Hardy plays the Spider-Man-esk villain consumed by a goo from outer space. Tom Holland is rumored to be making an appearance as Spider-Man in this one, but it will be all about Hardy. The plot of the film is unknown, but we know enough to get the gist of it.

Expectations – The last time we saw Venom was when Topher Grace portrayed him in Spider-Man 3. That was over 10 years ago, which is long in the superhero reboot game. It was also the worst movie of the original Spider-Man trilogy, which may have partly been Grace’s fault. Let Hardy take it from here.

Synopsis – The Neil Armstrong biopic you never knew you wanted. Directed by Damien Chazelle and starring Ryan Gosling as the galactic stepper, this film has all the pieces for an enthralling, biographical tale.

ALSO ON BUZZCHOMP: How to Make the NBA All-Star Game Draft Actually Fun

Expectations – Temper expectations though. According to IMDB, First Man will look at the life and what led up to Armstrong’s space mission. In other words, this movie will describe everything about this man’s life, up until the most exciting part, and then it may end.

Synopsis – One of the best story threads in the X-Men universe will get a second shot on the big screen. The Dark Phoenix saga of Jean Grey is an amazing piece of storytelling, though didn’t quite live up to the hype the first time in X-Men: The Last Stand. Sophie Turner will take her shot this time, as the First Class reboot roster makes its way through the story.

Expectations – I am, admittedly, biased when it comes to the X-Men. They are my favorite superheroes; they had the best animated television show; X-Men also have the most interesting and versatile cast of characters and villains. There has yet to be an X-Men movie I haven’t liked, even the “bad” ones. The public is certainly more cautious after less-than-stellar products in recent years, but screw the public.

Synopsis – Have we ever had a comedic take on the legendary detective duo? Will Ferrell and John C. Reilly join forces again to play Sherlock Holmes and John Watson, but this time Watson is the crime-solving genius, and Holmes is just some dude who takes the credit. Ralph Fiennes is playing Moriarty; Hugh Laurie is playing Mycroft. This cast is simply killer.

Expectations – Will Ferrell comedies are an acquired taste, one that I have successfully acquired. When he pairs with Reilly, the outcome is something even more special, as in Talladega Nights or Step Brothers. The vast expanse of Holmes takes would temper expectations, but flipping the genre around opens up many more possibilities.

Synopsis – The first Fantastic Beasts film was simply splendid. Eddie Redmayne knocked the character of Newt Scamander out of the park. The environment was perfect, and the story even had enough to keep us occupied. Johnny Depp moves to the forefront in The Crimes of Grindelwald, though it still isn’t clear why Colin Farrell had to play Grindelwald for the first 96 percent of Where to Find Them. Just put Depp in a different wig. We, the audience, didn’t know what Grindelwald looked like, so you weren’t hiding anything from us.

Expectations – Besides Redmayne and Depp, the cast looks amazing. Zoe Kravitz is on board to play an elder Lestrange. And after crushing it as The Young Pope, Jude Law will take on his latest and greatest task of The Young Albus Dumbledore.

Synopsis – Aquaman might be cool in the comics. He might be very useful in Justice League. But anytime the character is brought up, I am reminded of that cutaway in Family Guy where Aquaman is stranded in the ocean as a young woman gets assaulted on the beach. He threw a starfish at the perpetrator in his attempt to aid her.

Expectations – The starfish fell a few feet short of even reaching the struggle.

Synopsis – I’m not sure it’s possible for any actor to look more like Freddie Mercury than Rami Malek does in the posters for Bohemian Rhapsody, the Queen docu-drama. The film does not reach the death of Mercury, but instead covers the first 15 years of the band’s existence, ending with its performance at 1985’s Live Aid.

Expectations – Malek is a star that no one knows about. Aidan Gillen is in this as well, as Queen’s first manager. Only time will tell whether the role of John Reid will be put among the pantheon Gillen roles next to Mayor Tommy Carcetti and Little Finger.

Synopsis – Out for vengeance after the murder of her parents, the flying and efficient Mary Poppins returns in Mary Poppins Returns. Hide your children because she doesn’t mess around. A spoonful of sugar helps the medicine go down, but a forkful helps the blood come up!

ALSO ON BUZZCHOMP: Giants Media as Discombobulated as Organization Itself

Expectations – Emily Blunt, Meryl Streep, Dick Van Dyke, Colin Firth, Lin-Manuel Miranda, and what I can only imagine will be an endless clip of machine gun shells.

Eighteen upcoming releases are enough to finish out the list of the best new movies coming in 2018, but a few deserve honorable mention at the very least.

Tomb Raider, which comes out March 16, deserved a reboot. It would have made the pre-summer and summer top 10 new movies if the trailer didn’t look so disappointing. Pacific Rim: Uprising comes out March 23. The original was really pretty bad, but the idea was grand! That idea deserved a second go-around. The Predator hits theaters August 3. Did you forget about Predator? Because movie studios apparently didn’t. The New Mutants was supposed to come out in the second half of ’18 but has been pushed back to 2019. X-Men mixed with horror both excites and worries me. Maybe producers felt the same way.