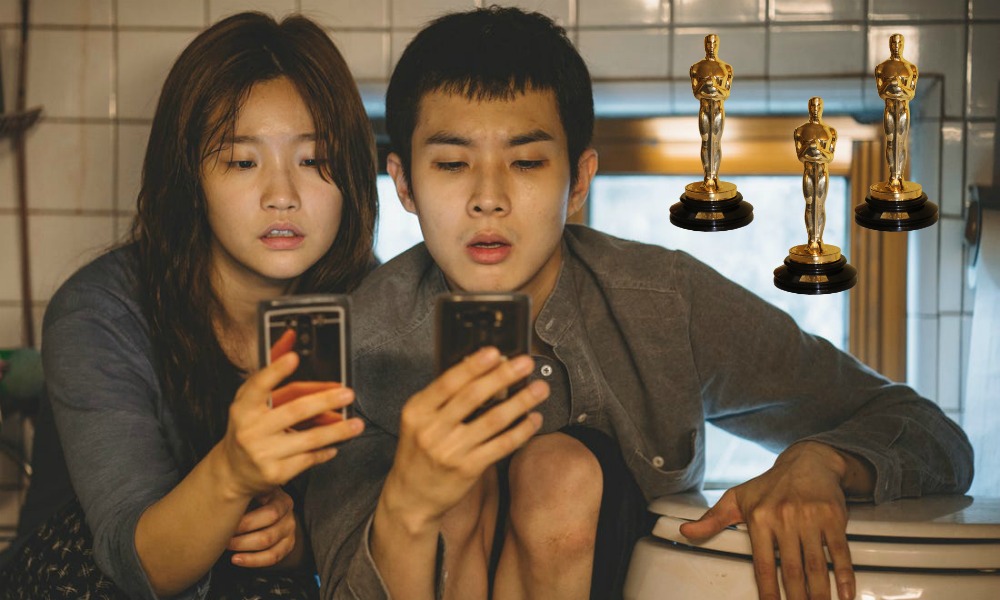 Despite the “old school” vibe of our nominees and its obvious aim of getting people to actually watch the broadcast, the Oscars 2020 gets it right. Parasite steals the show.

What makes for a great movie? The Academy Awards are supposed to help answer this question, but we all know better. Great movies never feel too long, are full of unexpected twists, and leave us clamoring to talk about them. The Oscars 2020 may have screwed up many of its nominations, but I’m predicting they get it right in the end. The best picture actually wins.

Parasite steals the show and wins best picture. The film won best picture at the SAG Awards, which is usually a great indicator of Oscars success. It was a ground breaking victory for a foreign language film, but the movie is THAT good. I predict it also wins Best Original Screenplay and Best International Feature, but falls short of winning Best Director because the competition in that category is too steep.

Just because a film is likely to win, that alone doesn’t make it a great bet. And just because a film like Joker got a ton of Oscars 2020 nominations, doesn’t mean its actually going to win any of them or that it has solid odds for those placing wagers. Joker leads all films this year with a whopping 11 nominations, but its odds to win Best Picture are rather weak. It sits below Once Upon A Time In Hollywood (+124), 1917 (+300) and Parasite (+400) according to the odds provided by SportsBettingDime.com, making it a bad bet for best picture. If the SAG Awards are any indication, we already know who wins almost every category.

Most years are not nearly so straightforward. The SAG Awards and Golden Globes give us a glimpse, but not the actual future. Yet 2020 is different, so use the winners of those awards as your go-to for picking Oscars 2020 winners. Joaquin Phoenix is walking away with the Best Actor Oscar for his performance in Joker. Renee Zellweger continues to win as well, taking home the Oscar for Best Actress with her performance in Judy. Those feel like slam dunks, but what about Best Director and Cinematography?

Also on BuzzChomp: Not So Social Media Any Longer

Our two most contested categories won’t shy far from the expected. While I want Bong Joon Ho of Parasite to win Best Director, this is highly unlikely. The best bet is Quentin Tarantino winning, because Hollywood loves Old Hollywood movies. Best Cinematography is probably the hardest category to pick, because there are so many deserving winners. It will come down to Joker and 1917, with the war movie taking home the Oscar.

If you’re curious about other slam dunks, then roll with Brad Pitt for Best Supporting Actor and Laura Dern for Best Supporting Actress. Both stood out firmly in their respective rolls and both have won previously this awards season for their performances. I’d also put my money behind Rocketman winning Best Original Song, since it got snubbed from every other category across the board. Those are my slam dunk predictions. With a ton of excellent movies this year (I’ve watched them all), its a shame to pick winners.

More BuzzChomp: The Lost City is a Fabulous Comedy Adventure