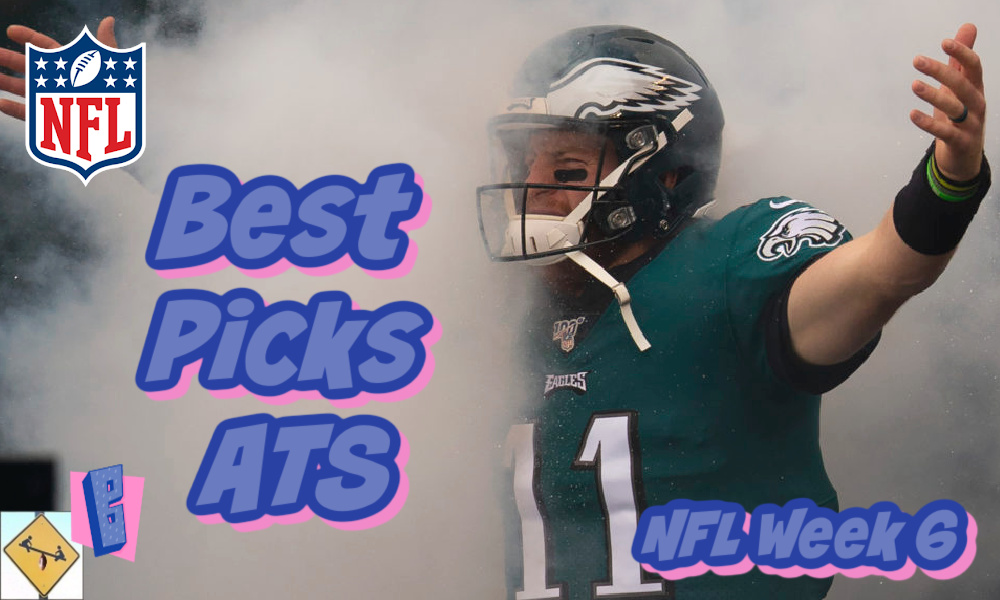 Its been a great season picking games with BuzzChomp. Dan and Todd are soaring and these are your NFL Week 6 best picks against the spread (ATS). Four teams worth wagering your house… just don’t bet that much.

The 2020 NFL season keeps churning along, even as passengers fall off carriages, and the tracks seem to be off course. We might not arrive at our original destination, but this train ride is not stopping! Its time to enter NFL Week 6.

This past week, we lost a game entirely, one Dan happened to select in our ATS picks. Another was played on a Tuesday, which resulted in us losing this week’s Thursday game. The NFL schedule will continue to adapt and adjust as the season goes on. Except every change now results in half a dozen or more other changes down the line. Even aside from all the on-field and health impacts, it will be fascinating to follow the maturation of the NFL schedule, assuming we can even get every team to 16 games this season.

With late games and surprise cancellations, as well as COVID uncertainty, a number of games for NFL Week 6 received their lines late, if they’ve been released at all. This includes Houston at Tennessee, Denver at New England, and Kansas City at Buffalo. There are also four teams with scheduled, normal byes this week: Las Vegas, New Orleans, Seattle, and the Chargers.

Where do we stand for betting the NFL Week 6 action? Its time find the outliers among the betting lines, because some teams are being completely underestimated. These are your Best Picks Against the Spread (ATS) for Week 6 of the NFL 2020 season. All lines come via Odds Shark, which compiles the complete list of Vegas Sports Book betting lines.

This pick could end up looking pretty silly I realize, but Baltimore feels off to me. Lamar Jackson has looked very bad throwing the football. Last week was a blowout victory anyway, but Philly enters with a solid run defense and terrible pass defense. Can Baltimore even take advantage? The Ravens haven’t had an impressive win since Week 1 and may be distracted by next week’s pending Pittsburgh game. I like getting more than a touchdown here with the Eagles offense coming off its best performance of the season, though that is an admittedly low bar.

I don’t particularly like Chicago at this moment, but I assumed they would be favored in this game, even playing on the road. Instead, the Bears are getting nearly a field goal. Sure, Carolina is playing good football, but are the Bears not? The Panthers have won three in a row against teams with a combined 4-11 record. Chicago is coming off a win against Tampa, and the Bears’ only loss this year was a low-scoring affair against the best defense in the league. Nick Foles has not ignited the offense since replacing Mitch Trubisky, but the Bears’ own defense is a top-five unit by DVOA.

The Bengals have quietly been playing teams close all season. Their loss to Baltimore is the exception that does not prove the rule. On the flip side is Indianapolis, who has been thoroughly unimpressive all season. Sure, the Colts are a better team, but Joe Burrow is better than Philip Rivers. This will be a close matchup and I’m jumping on a lopsided line. Take all of those points, because you’ll only need a few of them.

I’m all about the misguided lines now that we are nearing the mid-way point of the season. NFL Week 6 has a number of them, and Chiefs versus Bills is on the list. Kansas City lost a close one last week and will certainly not lose back to back games this season. They are too good of a team and won’t have another slow start. How about the Bills? They got decimated by Tennessee, who exposed all of Buffalo’s flaws. They are a very good team that is prone to mistakes. I don’t believe the Chiefs let them get away with it. Give up the points. Pick the better team.