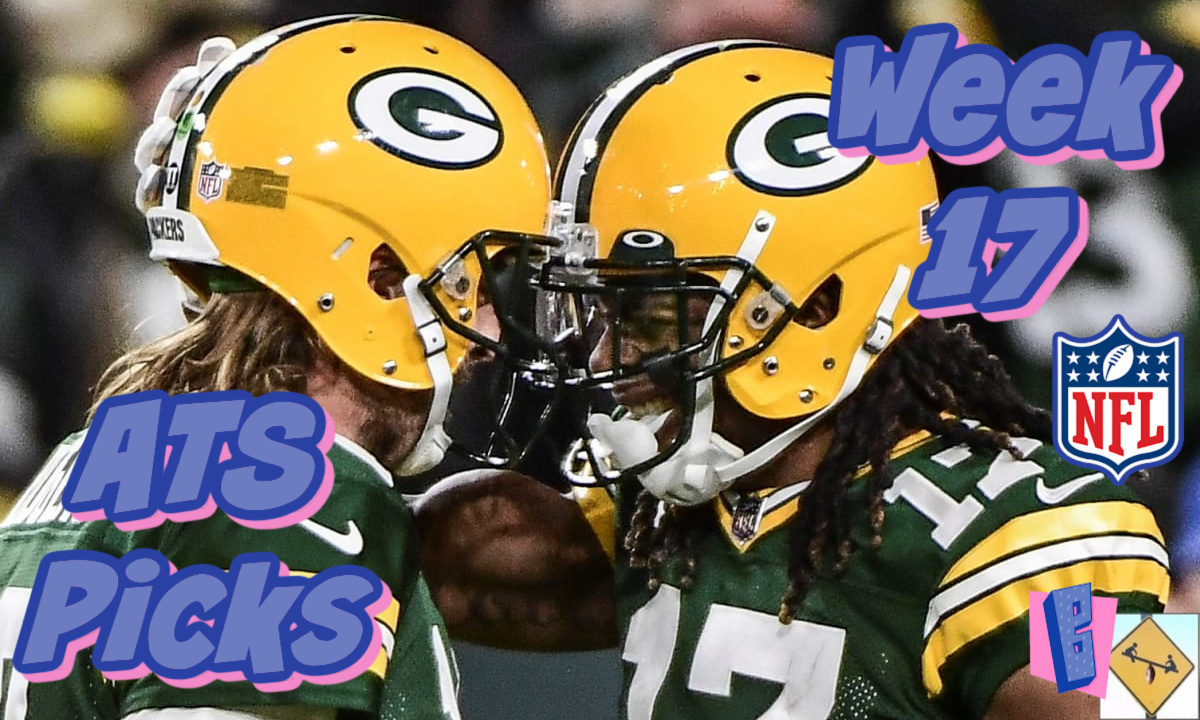 Super Bowl hopefuls are where its at betting NFL Week 17. Four teams playing great and aiming to thunder into the playoffs. These are your best picks against the spread.

Ordinarily, in any other year, NFL Week 17 would be the end of our regular season. After an up-and-down campaign and 32 picks apiece, we would be making final selections before the bigger stakes of the playoffs.  For better or worse, 2021 gives us an extra week to extend our success/suffering.

For the real-life standings, there must be similar highs and lows. So much bunching in the standings means a lot of teams remain alive for the postseason. One, single AFC team has clinched a playoff spot after 16 weeks; just one! Our stalwart, steady, predictable, top five in the NFC have all clinched spots, but it’s anyone’s guess who will round out the field. When gambling on these final two weeks of the season, it is just as important to find team motivations as it is to pick the superior club.

Several teams are playing head and shoulders better than everyone else entering NFL Week 17. These same teams have playoff seeding to clinch, so jump all over these four favorites. Each week, Dan and Todd will select two games against the spread. NFL Week 17 is focused on playoff teams and dominance. Four Super Bowl hopefuls round out your best picks against the spread.

With two playoff spots still up for grabs in the NFC, the Eagles actually control their own fate. If they win out, they make the postseason. Washington is, somehow, still mathematically alive, perhaps if the entire middle of the conference finishes in an 8-9 tie. For all intents and purposes, this is a game with a team with playoff hopes against a team playing spoiler.

Also going against Washington is the fact that it just got handled by the Eagles a few short weeks ago. I don’t see revenge in the cards here. The highest-powered rushing attack in the league against a mediocre run defense leaves the Football Team scrambling to control the game at home. An injured offense will give them no boost. Philly doesn’t feel reliable, but it actually has been a very reliable favorite in a small sample, going 4-1-1 when laying points.

With the best record in the league and the second-best record ATS, the Packers are putting a stamp on this season. This game is vital to Minnesota trying to claw its way into the playoffs, but the all-important, lone bye is on the line for Green Bay. Despite two close wins that resulted in ATS losses, the Packers are still the cream of the crop. The same can’t be said of the Vikings.

Minny is uninspiring even for a playoff contender. The offense should be better than it is considering all those weapons; the defense is worse than people think. The Vikings scream mediocre, and that just isn’t good enough to sweep GB in any season, let alone this iteration.

I’m jumping all over the playoff teams and favorites this week. Kansas City humiliated Pittsburgh last week and needs to keep the good times rolling through these final two weeks. While I was impressed with the Bengals’ victory last week, they are an inferior football team. They will not win this game.

The Chiefs completely rebounded from early season mediocrity, but Cincinnati is still the same team. NFL Week 17 will expose their defense and Kansas City will have no trouble covering less than a touchdown. Perhaps the Bengals put up a bunch of points, but that doesn’t mean the game is close. The Chiefs run away with this one.

I did not see such dominance coming from Dallas last week, but I did see the Cardinals continuing to struggle. Nothing has changed for either team this week, meaning the Cowboys push around Arizona at home. These teams are going in opposite directions and less than a touchdown is an easy cover for Dallas.