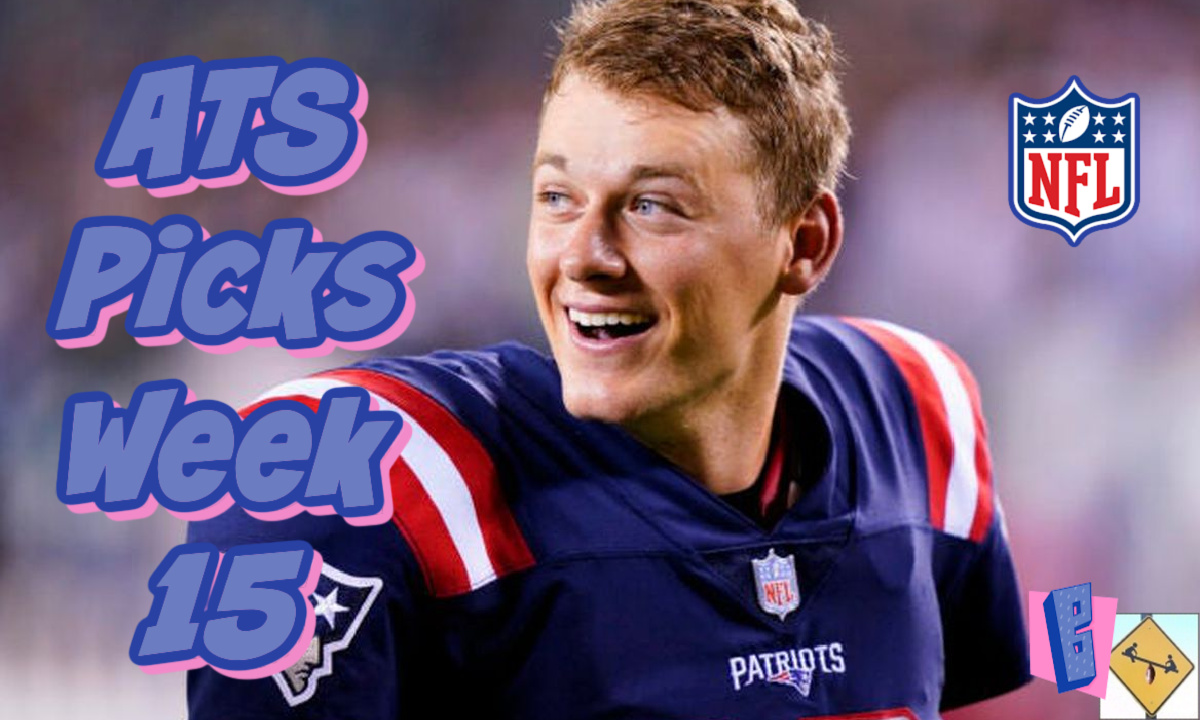 Keep riding the heavy favorites, especially those select few who are barely giving any points at all. Road teams galore in NFL Week 15. These are your best picks against the spread.

The final byes are over for the 2021 season. Just a few games remain, and so much is still up in the air. No team in the AFC has clinched a playoff spot yet, though three teams have already been mathematically eliminated entering NFL Week 15. In the NFC, we still have our leaders in the clubhouse, with three teams having at least a three-game lead in their own division. That would have expanded to four-for-four, but Arizona fell to Los Angeles on Monday night.

Against the spread, home teams and favorites are really struggling. Though, because gambling is nonsense, we hit on three heavy, home favorites last week. Let’s not push our luck in NFL Week 15! There are a bunch of appealing road teams to back this time out, and all favorites at that.

Jump all over the road teams in NFL Week 15, especially those favorites. We are only taking points with New England, but even they feel like a favorite right now. It’s playoffs or bust with very few teams able to play spoiler. Each week, Dan and Todd will select two games against the spread. NFL Week 15 is about road favorites. We are giving up points this week to round out your best picks against the spread.

This is the first time all year I am picking a Thursday night game. It’s for good reason. The Chiefs are back to being elite, and the line isn’t reflecting it. Kansas City has turned on the offensive jets, sure. But the defense, all of a sudden, for no good reason, is now really good. The team has covered four straight, never allowing more than 14 points to any opponent. After losing to the Chargers the first time out, KC will be looking to make an even bigger statement than any, old, divisional win would make.

Los Angeles has to be feeling good after last week, but nothing should be gleaned from blowing out one of the worst squads in the sport playing with a backup quarterback. The Chargers can still struggle with consistency. If they don’t keep up the effort for four quarters, this one could get away from them.

The Patriots are coming out of their bye as the hottest, and perhaps the best, team in football. Winners of seven straight, New England proved last game it can win any type of way. After opening briefly as road favorites, this line was bet all the way down to Indy being favored by nearly a field goal. I don’t get it. The opening line makes way more sense to me, and I’ll gladly take advantage. I do wonder where the spread settles by the time kickoff rolls around. Another swing back toward the opening line could be in store.

Indianapolis is obviously no pushover. The Colts are playing great football themselves. But, New England is rarely an underdog, for obvious reasons, and is 3-1 in such scenarios. This is likely the final time the Pats will be an underdog this season. I expect them to win outright, grabbing the points as a bonus cushion.

I’m all over the road teams this week as well, starting with the Cowboys. They put a beating on Washington last week and now Dallas gets a much weaker opponent. Can the Giants even keep this game competitive? Unlikely. The NFC East is all wrapped up in favor of the Cowboys and this is the week they put their stamp on the season by humiliating their division rival.

Perhaps New York scores multiple touchdowns in this game, but it won’t matter. There is no way that Dallas gets slowed by the inconsistent Giants’ defense. Keep dropping the big points with heavy favorites. It worked last week and will work again in NFL Week 15. America’s team for the win.

Did the Steelers win last week and I missed it? They are inconsistent at best and trending down fast. Pittsburgh can’t stop much of anyone, let alone put up a ton of points. The only reason they looked respectable last week is because the Vikings can’t close a game for their life. The Titans did win and did so convincingly. Take the much better football team.

I’m truly surprised how low this line is. Tennessee is playing well and must win to stay ahead of Indianapolis in their division. The Titans do nearly everything better than the Steelers. Perhaps it’s Pittsburgh’s assumed home field advantage with those Terrible Towels that is keeping this line close, but don’t be fooled. Drop the two points and ride with the Titans.