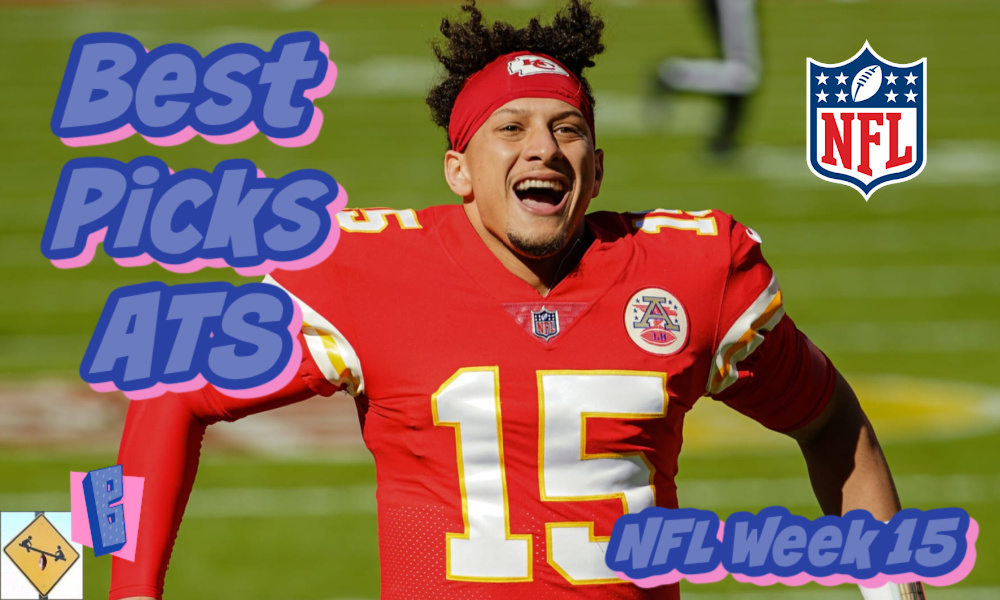 Focus and poise are now a necessity. Road favorites dominate your NFL Week 15 picks. Dan and Todd have your best picks against the spread (ATS). Four teams worth wagering your house… just don’t bet that much.

Three weeks remain in the NFL regular season. Two playoff spots have been clinched in each conference. Meanwhile, displaying the variance between the conferences, five AFC teams have been eliminated from postseason contention while just one NFC team is too far behind to catch up. Enter NFL Week 15, where its win or go home for nearly half the league.

No team in the NFC is worse than 4-9 through fourteen weeks. However, just six teams are above .500, and three of those six are NFC West squads. Currently, the 8-5 Baltimore Ravens are on the outside of the AFC playoff field even though they hold the fourth-best point differential in the entire league. Go figure.

Not much this season has been predictive or predictable, but we did expect a top-heavy AFC compared to a weaker yet balanced NFC. At least that one thing seems to have worked itself out, even if the particulars don’t line up. This makes picking NFL Week 15 games even more challenging, so we’re dropping points with road favorites this week. These are your Best Picks Against the Spread (ATS) for Week 15 of the NFL 2020 season. All lines come via Odds Shark, which compiles the complete list of Vegas Sports Book betting lines.

Before seeing the line for this game, I guessed Dallas would be favored by about a field goal. Instead, the home Cowboys are roughly a field goal underdog. One comfortable win against the Bengals doesn’t make Dallas suddenly frisky, but what have we seen from San Fran in recent weeks to think they can generate offense against even a poor defensive group? The 49ers lost yet another offensive skill player this week and long since passed the point of no return. Dallas isn’t good, but it is good enough to not be a multi-point underdog at home in this spot.

While Dallas is no longer getting its historic public-team bump on the spread, New England still seems to be. The Patriots just got swamped last week, moving their road record to 2-5 straight up and against the spread. Nevertheless, they are getting just a pair of points against a current playoff team with a very good defense and a young quarterback coming into his own. A good loss for Miami followed two straight wins, and overall, the Dolphins have won seven of nine. There is a reason Miami has the fourth-best point differential in the conference. They are playing really good football.

I got burned by New Orleans last week, which allowed you to catch me in the standings. No Drew Brees, no problem for the dominant Chiefs. They are on the road and steamrolling opponents, so give up those measly three points. Kansas City is the best team in the entire NFL right now, while the Saints’ defense couldn’t even slow down Philadelphia. Sure, they had a hot rookie to contend with, but Mahomes is an MVP. What was once a potential Super Bowl preview now looks like a forgettable game easily won by the road team.

This is the first time all season we are picking opposite sides of a matchup, but believe me when I say it has nothing to do with creating distance in our records. I do not trust Dallas and I certainly don’t trust them to put together back to back good games. San Francisco is hobbled on both sides of the football, but the 49ers are still in the playoff race. They are infinitely better than the Cowboys, even without many of their best players. I’ll drop a field goal and ride with the road team. I trust the better team will prevail.