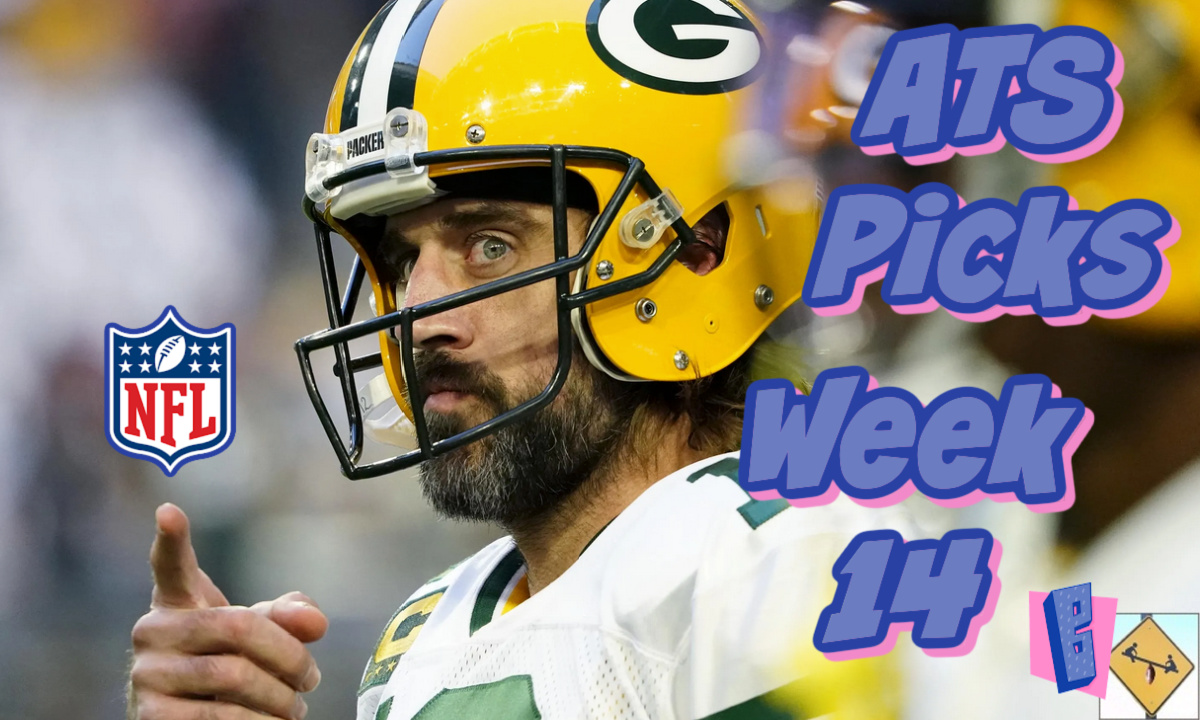 Since it worked, we’re doing it again! Give up those points in NFL Week 14 and ride the favorites, even if they are at home where teams have struggled all season. These mismatches are simply too good! Your best picks against the spread.

Home teams finally rebounded a bit in Week 13. They were due, as things were getting out of hand. As it stands, home teams are a combined 27 games under .500 against the spread! That is some trend-setting stuff. That feels bankable. And yet, at some point, we figure Vegas will react. Not so in NFL Week 14.

Home-field advantage isn’t what it used to be, even with fans back in the stands. Something has shifted, and until we figure out what it is, home teams have to stop getting a three-point cushion. They aren’t covering it. Other than arguably the two best teams in the sport (Green Bay and Tampa Bay), no one is better than 4-2 at home ATS right now. We aren’t saying that every bet should be on a road team from here on out, but that is where the value certainly lies.

It appears NFL Week 14 is an exception to the rule, because several home teams are extreme favorites. It worked last week and we are doing it again. Give away the points in droves. Playoff teams have cupcake matchups that are too good to pass up. Each week, Dan and Todd will select two games against the spread. NFL Week 14 is once again for favorites. We are giving up lots and lots of points this week to round out your best picks against the spread.

Here’s how dumb of a gambler I am. After outlining how dominant road teams have been and the lines are skewed for home teams, I am taking two, heavy, home favorites in NFL Week 14. Zagging when everyone else is zigging… or some such nonsense.

The Chargers have had their troubles with consistency, but playing the Giants helps heal a lot of wounds. New York is 2-4 when getting at least a touchdown. It is now down to its third-string quarterback to boot. The team was inept with Daniel Jones; I can only imagine how it will perform with (*checks depth chart*) Jake Fromm playing QB. The backdoor cover is what LA backers are afraid of here. Just last week, the Chargers got out to a huge lead and had to pull away again late. I don’t see that coming into play this time.

As for my second game, we could see the opposite occur with the underdog’s quarterback. Chicago may get its starter healthy, as Justin Fields nears a return, and it could actually hurt their chances of winning. Even if the competent Andy Dalton plays, Green Bay should be able to push out a lead against this Bears club. Despite injuries and a lineup in flux, GB sports a top-five offense and an above-average defense. Chicago is bottom-five and below-average, respectively. That doesn’t guarantee a large cover, but with Aaron Rodgers and company trying to prove haters wrong (Rodgers has become super hateable), and this being a divisional rivalry game, don’t expect the Packers to take their foot off the pedal.

I am so with you in NFL Week 14. After riding two massive favorites last week, grabbing home teams who are years better than their opponents continues to make perfect sense. You jumped on two and I’m jumping on one more with Tennessee. The Titans are playing like a playoff team, even if they ultimately fall short. Jacksonville is in the same place they were last season, at the very bottom. Why is this line so small?

Feasting on weak opponents is what the Titans are made for. They are home in week 14 against the hopeless Jaguars, and yet they are only giving up a little over a touchdown. Drop the points. Ride the home team to victory. Tennessee has proven enough this season for us to know they easily win this game by ten or more points.

On the opposite end of the spectrum are the Detroit Lions. The Lions are solid ATS, yet just managed their first real victory last week. Detroit plays mostly close games, especially against average opponents. Six of their losses came by eight points or less. Denver is an average opponent at best. Take the eight points with the Lions.

Detroit is 1-2-1 over its last four games with it’s largest margin being three points in a loss to the Browns. Nothing about the Broncos makes me think they can pull away further than Minnesota, Chicago, Cleveland and Pittsburgh all failed to do. The Lions may even get another victory in this game, but I’m confident in the cover. Eight points is a lot for this team, especially coming off a well deserved win.