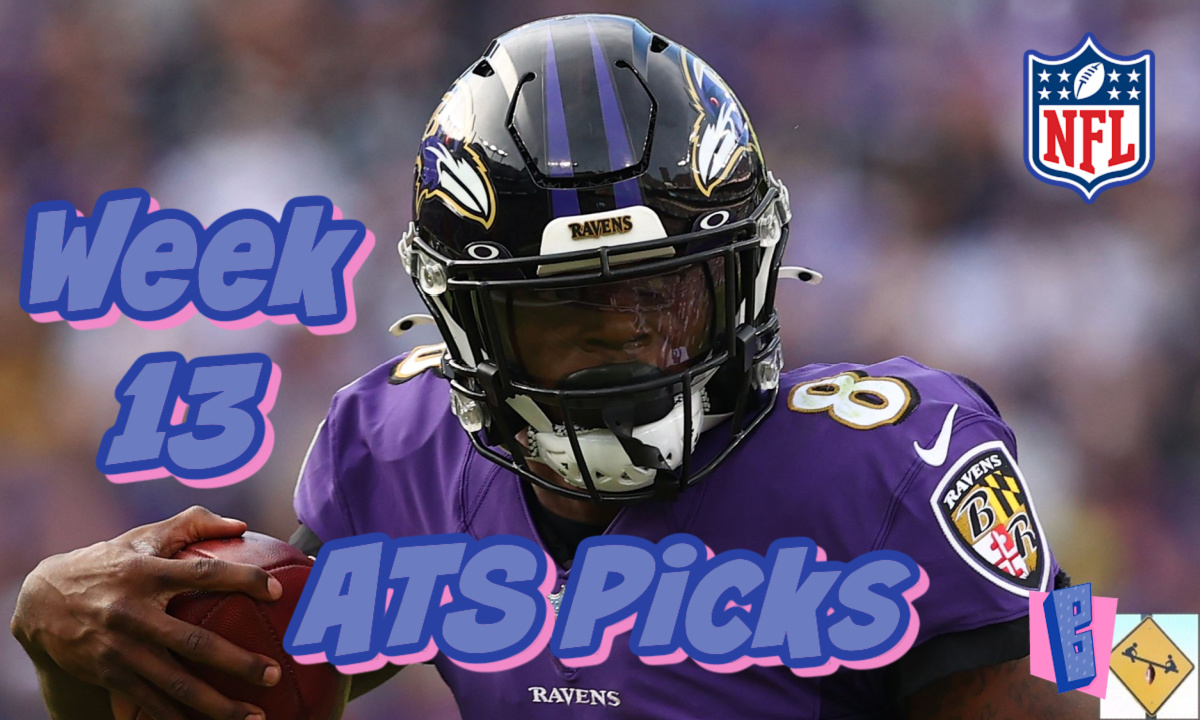 Give away all the points this week, as there are multiple miss matches too good to pass up. NFL Week 13 is going to be full of blowouts. Bet accordingly. Your best picks against the spread.

Through the Thanksgiving week checkpoint, the NFL season has taken a turn. A turn toward the past. The New England Patriots are, arguably, the cream of the AFC crop, along with stalwarts in Baltimore and Kansas City. Green Bay looks to have an edge in the NFC, giving us such familiar contenders, we may mistake this sport for college football. Enter NFL Week 13.

That’s not to say there haven’t been surprises. Arizona and Cincinnati certainly qualify. Against the spread, we get an even more fun surprise. The Detroit Lions are among the NFL’s elite, with a record of 7-4 ATS. Only four teams in the entire league have been better ATS. It pays to keep games close; literally pays if you’ve been betting on the Lions. Unfortunately for the Detroit players, they still stink worse than anyone, with a 0-10-1 record and an NFC-worst -115 point differential. Come to think of it, it’s odd to see Detroit actually have such a poor differential since they’ve been in so many close games and have that semi-elite record ATS. This makes us afraid to pin them as a consistent option moving forward, 7-4 record or not.

With so many miss matches in NFL Week 13, we are giving away points and picking those elite teams we mentioned. There are sure to be a ton of blowouts, because now is when the playoff push truly begins. Each week, Dan and Todd will select two games against the spread. NFL Week 13 is for favorites. We giving up lots and lots of points this week to round out your best picks against the spread.

Baltimore looked sloppy and uneven in last week’s victory. The defense was superb though. That defense should aid Lamar Jackson and company to an easy cover here. To be honest, I’m not sure why this spread is so low. Pittsburgh is at home, sure. But the Steelers are just 1-5 ATS at home, one of the worst marks in the league. The team is also trending in the wrong direction. An ugly loss last week followed a close loss to a spiraling Los Angeles club and a tie to the worst team in football. If Jackson simply avoids piling up turnovers, the Ravens should be able to methodically push themselves to a win. Assuming he was pressing in his return to action last week, I expect to see a more fluid and poised Jackson. The defense will handle the rest.

This line opened at Indianapolis -7 and may continue to rise. I don’t think it’s too late to jump on it at this juncture, and maybe even higher. There are a whopping seven teams laying at least a touchdown in Week 13; the Colts are my favorite.

Playing on the road has been no issue. Indy is 4-1 ATS on the road, tied with New England for the best mark among AFC teams. Being a heavy favorite has also not been an issue. A bit surprisingly, Indy has only been favored four times thus far this year. Yet in three of those, this team was at least a touchdown favorite and went 2-1. It’s a small sample, but the Colts can put away weak competition. Even more relevant, the first of those times came against these Texans; the Colts waxed the floor with them. It isn’t a guarantee to happen again, but I like the way this team has been playing for really the past 10 weeks.

I got burned last week taking points with two teams I truly believed would win. No such luck, as a field goal was not enough to cover either game. Now in NFL Week 13 I’m giving up as many points as possible, because these opponents stink! You jumped on two games with strong teams facing weak ones. I’m doing the same. Arizona is really good and should win the NFC West, so long as nothing major happens. Chicago is very bad and going nowhere.

We have what feels like a lot of games left, but the Cardinals are in a must-win situation in order to secure playoff seeding. They will dismantle a weak Bears team that is truly better off losing right now. Chicago is playing for pride and tanking for a better draft pick. Take the Cardinals and give up what amounts to just over a touchdown. This one won’t be close.

The way Los Angeles has been playing certainly scares me, and their offense is hurt. But the Rams have dismantled bad teams all season, only struggling against stronger opponents. Jacksonville is bad and only playing for pride. Los Angeles is fighting for its playoff life and needs to get back on track with a solid momentum building victory. No problem.

This line will probably climb higher, so grab it now while it’s just under two touchdowns. The Rams are home with something to prove. They may not win by 20 or more points, but winning by two touchdowns is a safe bet. The Jaguars are non-competitive. Nothing is going to change here in NFL Week 13.