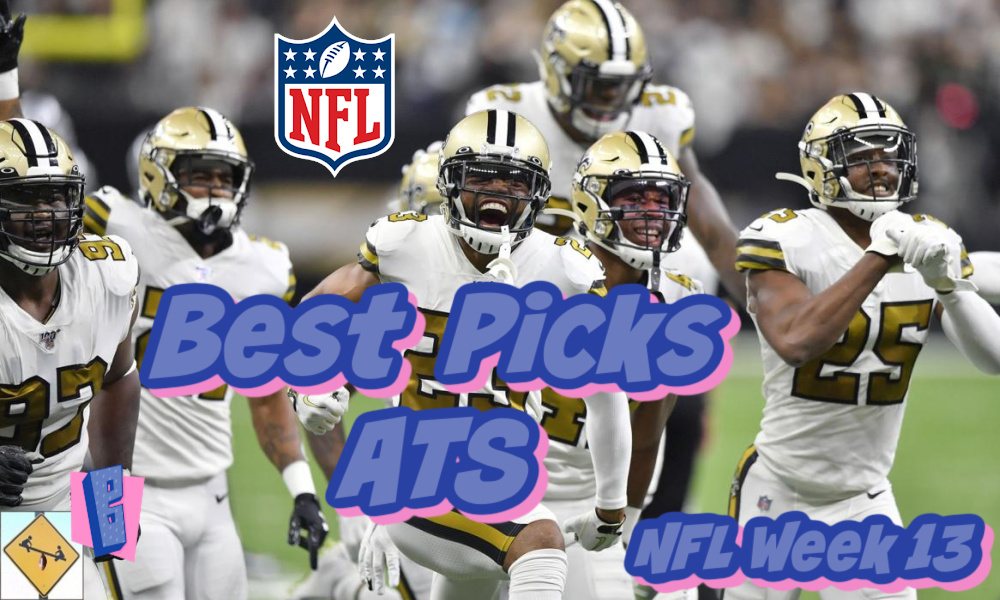 The pickings are slim, so we’ve pulled out the diamonds in the rough. Dan and Todd have your NFL Week 13 best picks against the spread (ATS). Four teams worth wagering your house… just don’t bet that much.

As the weather has gotten colder, or was supposed to have gotten colder, our picks have dramatically cooled off. Are we so out of touch? No, it’s the outcomes that are wrong! The Simpsons have never steered us wrong before, so we press forward knowing its the league that is wrong. Our NFL Week 13 picks are 100% accurate.

The NFL is currently in the midst of potential calamity around every turn. Denver played without an eligible quarterback and predictably got demolished. San Francisco will be playing the remainder of the season without a home stadium to play or practice in. Welcome to Arizona. Then there are Baltimore and Pittsburgh who may never play again, as their “Week 12” game was pushed back into Week 13. Buyer beware.

Was this a one-off of bad luck for the league or a sign of more to come? There were scares earlier in the season for sure, but Week 12 was the worst the league has yet dealt with the coronavirus. At what point does the sanctity of the schedule no longer outweigh the safety of the participants? Until that point arises, we keep picking these silly betting lines and NFL Week 13 is full of clowns. The lines stink, but there are a few attractive matchups. These are your Best Picks Against the Spread (ATS) for Week 13 of the NFL 2020 season. All lines come via Odds Shark, which compiles the complete list of Vegas Sports Book betting lines.

Atlanta is coming off one of the most inexplicable outcomes of the entire season. The Falcons have a bad defense, were playing a very good offense, and themselves were without two of their top skill players on offense. Instead of failing to generate offense and getting wrecked on the other side, the exact opposite happened. I refuse to believe that outcome was representative or predictive.

Even without their top quarterback, New Orleans looks like the best team in the NFC. It is 4-1 on the road and has one of the best defenses in the league right now, even ignoring the “game” against Denver. I expected this line to be closer to -7 or -8. I can’t explain why it is less than a field goal. The only plausible explanation for not backing the Saints is that these two teams played just two weeks ago, with N.O. winning easily, and that will somehow offer Atlanta the better opportunity to make changes…? Lay the points.

Cincinnati impressed me last week with their ability to stay in a game versus the Giants. Granted, New York lost its starting quarterback, but it was still a two point game. Miami is certainly a better team, but did not do much to impress me against the Jets. Their defense is stingy, but I was not impressed by the offense, even with Ryan Fitzpatrick back under center. What does this mean for NFL Week 13? This line is ridiculously high. The Bengals are not going to be blown out by the Dolphins. These are simply too many points to pass up.

Consider me pleasantly surprised, as the Buffalo Bills have maintained their dominance throughout a rocky season. San Francisco put a solid game together in beating their division rivals last week, but they are simply no match for the formidable Buffalo offense. I expect a close game, but we are giving up less than a field goal here. Buffalo is going to win and I’m giving the points on the road. With very few attractive lines this week, don’t pass on this one.