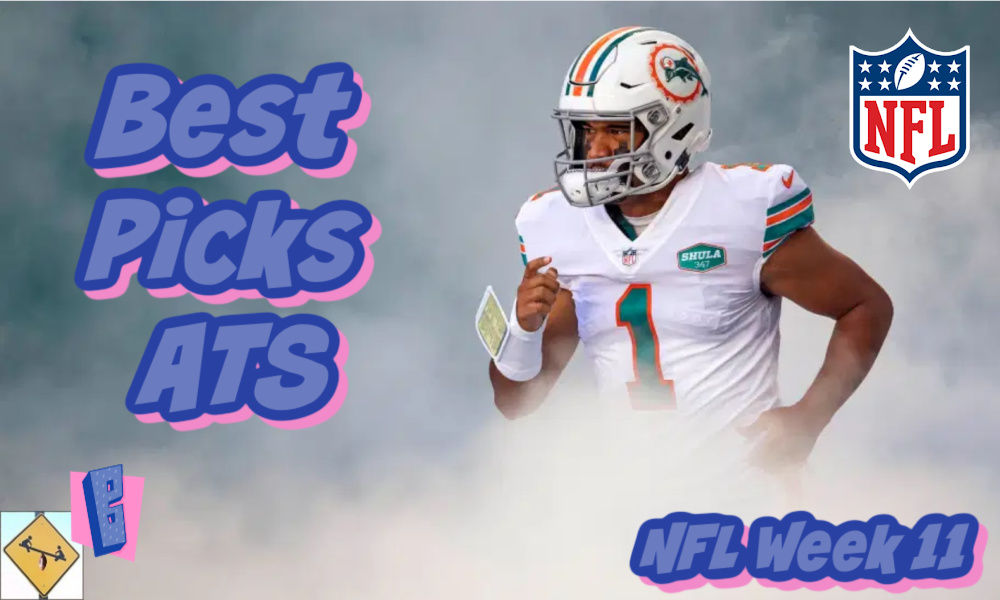 With 25 combined wins through 10 weeks, we are keeping the good times rolling. Dan and Todd have your NFL Week 11 best picks against the spread (ATS). Four teams worth wagering your house… just don’t bet that much.

Through 10 weeks of the NFL season, something interesting yet expected is happening with road teams. Playing straight up, road teams are currently seven games under .500. However, against the spread, those same road teams are seven games over .500 on the season. What do we make of the discrepancy? Perhaps it is exactly what we formulated prior to the season, that Vegas would have a hard time capturing the value of home field this year.

Take the New York Giants as a prime example. New York is 3-7 overall, one of the worst teams in the league. They are 1-4 on the road. However, against the spread (ATS) the Giants are 5-0 on the road, the best record in the sport. Go figure.

More BuzzChomp: The Mandalorian is a Religious Fanatic!

With no or limited crowds, road teams may not deserve the standard three-point boost given in betting lines. But 11 weeks into the season, it sure seems like those same three points are still being given to the visitors. This remains true in NFL Week 11, so we’re jumping on it. Back the road teams getting points or being favored slightly. Its also safe to pick against the Dallas Cowboys. These are your Best Picks Against the Spread (ATS) for Week 11 of the NFL 2020 season. All lines come via Odds Shark, which compiles the complete list of Vegas Sports Book betting lines.

Based on the names, one would think this would be a matchup between elite running teams. The last team standing in the trenches wins. However, that hasn’t really been the case. It is much more an offense versus defense matchup. Tennessee is the superior offensive club in every respect. Thanks to Baltimore’s deteriorated offensive line and shaky quarterback play, the Ravens haven’t been doing much on that side of the ball. They do have an elite defense though.

If you want to give the edge to the defense, fine, but who is covering a touchdown spread? Tennessee may win outright, but even if it doesn’t, this line feels like an over correction to when the Titans were getting too much credit the first half of the season.

The same exact situation exists in my second pick. The offensive power of Green Bay versus the defensive excellence of Indy. This line is smaller, yet the Packers are still the road dogs. To me, this comes down to confidence in a close game. Are you backing Phil Rivers or Aaron Rodgers with all the firepower the latter has at his disposal? Rivers led a 17-0 second-half comeback last week, but it did rely on a blocked punt touchdown. Without that type of swing play, it seems unlikely the Colts win and cover.

It’s time for me to admit that the Miami Dolphins are a good football team. Switching to a rookie quarterback from a savvy veteran only helped them get better. As a Jets fan this is difficult to say, but Miami is a playoff team. Denver is anything but, yet is still receiving the requisite three point homefield advantage. The spread should be much higher and these teams are nowhere near even, especially after witnessing the spanking that the Broncos received from Las Vegas. I’ll drop the field goal and ride with Miami and the significantly better team.

Another week and another ridiculously low spread against the Dallas Cowboys. People must love betting on Dallas, because they are outright terrible. The Vikings have been on a roll of late, thrashing opponents and looking much like a playoff team. Minnesota is home and Dallas has no defense. I’ll drop the touchdown because hell yes! This is a huge miss match for NFL Week 11.