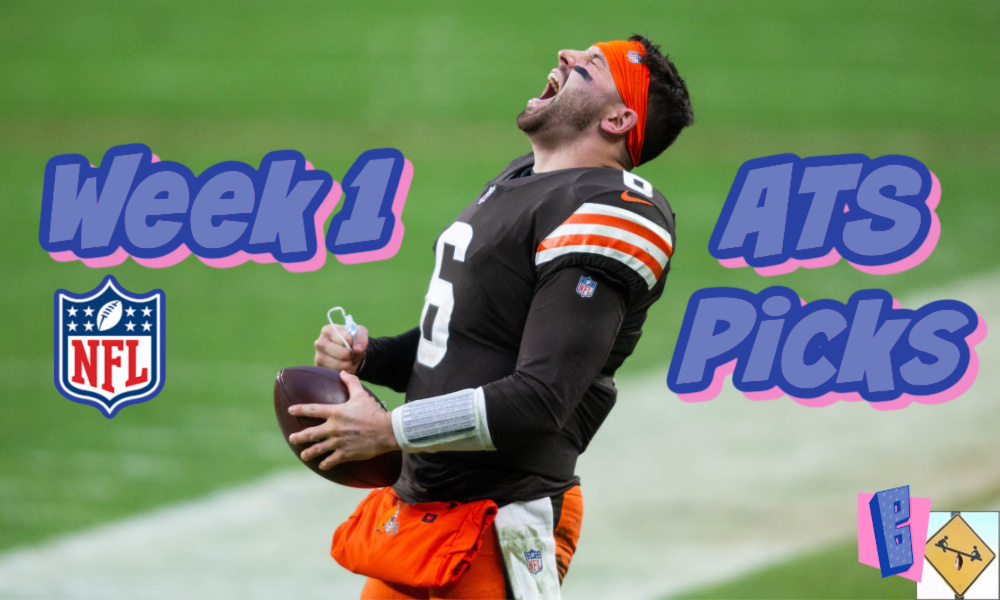 We pick four winners each week of the NFL season, giving you ample opportunity to win money picking against the spread. NFL Week 1 has the most risk, the least information, and is always full of calamity. These are your best picks ATS.

Good luck having any idea what is going to happen in this NFL season. We are coming off of a year where everything was unprecedented, meaning it is hard to know what to take away as a truth moving forward. And yet, we aren’t out of the pandemic yet, so this year could be just as weird. On top of that, the season has expanded to 17 games, making it truly unlike any season that has ever come before. And we are going to pick games against the spread in this environment… but not just pick games. We pick winners.

More BuzzChomp: Who is the best bet to win Super Bowl 2022? The odds are wild

Each week, Dan and Todd will select two games against the spread. Last year, we relied on home-field advantage falling by the wayside to find some semblance of consistency. It certainly worked, but this year our plans are still up in the air. Especially early in the season, it is a bad idea to be tied down to one plan. Things change each week in this league. NFL Week 1 is a blank slate. We have our eyes once again on the home teams, but Todd likes the early home dogs, while Dan is all about taking the points. Let’s get to it!

Call me crazy, but I kind of like Tyrod Taylor. He is a good game manager who can make plays with his legs. His main fault during his career is getting injured. That isn’t a factor in a one-off matchup such as this. The rest of the offense is a so-so offensive line and mishmash of skill players. In other words, it’s the same as Jacksonville.

On defense, Houston has retained some good pieces but is no longer driven by the likes of JJ Watt and Jadeveon Clowney. The real key here is that this spread is not representative of the football matchup. Because of the Deshaun Watson situation and the firing of Bill O’Brien, folks think Houston is in a full rebuild. In actuality, the Texans are on the frontside of a rebuild, meaning they haven’t turned the roster over yet. Jacksonville has. Jacksonville is the rebuilding franchise who will use 2021 to learn how they want to compete in the future; Houston is hanging on, battling with veterans, specifically on offense. And they are getting points and are playing at home.

I like what the Chargers are doing with the roster, but I don’t like them as road favorites in Week 1 against what could be one of the best defenses in the league. With a defensive line of four straight first-round picks, veterans in the secondary, and a high-upside player lurking in the middle, the very best unit in the NFC East is surely down to either this defense or the Dallas offense. And that makes Washington a contender.

Washington may struggle to generate consistent offense, but there are the pieces in place to make big plays. Ryan Fitzpatrick likes to sling the ball down the field, and he is surely already best friends with Terry McLaurin. As long as they don’t put the defense in too many short fields, that could be enough to hold down a possible fringe playoff opponent at home. Washington may win a bunch of ugly games this year. I could see that starting right from the first game.

I don’t love picking road teams in week one, but this game stands out with its lopsided line. Both teams have had way too long to prepare for this game and Cleveland returns with a strong defense. Sure, the Chiefs are powerful, but so are the Browns. This line screams of people forgetting last season with Kansas City being favored by nearly a touchdown.

The Browns are a fun pick this year, but especially here in NFL week 1. They too are a playoff team, so take all of these scrumptious points. I smell a close football game between two serious AFC contenders. When the game is to be decided by a field goal, you take those points baby. Grab them with Cleveland to start the season.

Now we’re talking. The Giants are a home team getting points in what is otherwise a very even matchup. I don’t quite understand the Broncos’ love this offseason. I like parts of the team, but they were very bad last year with a good defense. Now they have a stopgap quarterback, but has much else changed for Denver? Everything is better for New York.

The Giants added a bunch of weapons on offense and already had a decent defense. Both of these teams were average last year. I love picking home teams in NFL week 1, just like Todd, so this one is a straight forward grab. Take the field goal and ride with New York. Denver is traveling across the country. The Giants likely win this game.