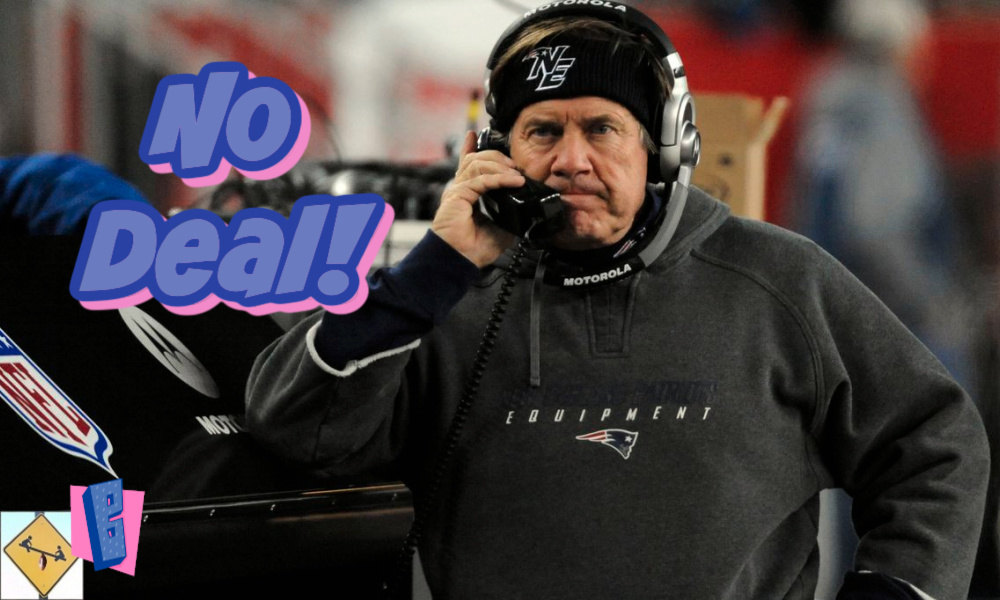 Teams need to make NFL Draft trades, yet they rarely work out. High failure and controversy years later makes us wonder, what are they thinking? San Francisco, Miami, Philadelphia and New York are all at it again. Buyer beware.

The top of the NFL Draft is setting plans! We already know what Jacksonville is going to do at pick number one. There was some uncertainty surrounding New York at number two, though not much. That is gone entirely now after the Jets finally traded away Sam Darnold to Carolina. This leaves us with a gluttony of NFL Draft trades post Wilson and Lawrence. Since failure is high and controversy even higher, must we scream “Come on man” at all of these teams making deals?

With San Francisco moving up into the third spot to get their quarterback of the future, we are all but assured of seeing QB prospects go one, two, and three. Yet the 49ers’ move has us scratching our heads. From a fantasy perspective, or as a fan on the outside, sure it’s easy to say any of the top three QBs are potential franchise guys. But, for the teams in real life, they have to actually fall in love with a guy to hand the franchise over to him. San Francisco is essentially saying it will fall in love with whomever New York passes on, not knowing who it will be. That is very odd (unless Mac Jones is really the guy they love, which itself is odd).

Do we actually like how these teams are maneuvering near the top of the draft? Will anyone look back fondly on their mega trades and think, wow, that was a great decision? NFL Draft trades have an enormous failure rate and no one forgets your mistakes. How lucky do you feel when choosing to roll the dice?

No matter what specifically happens with picks one through three, the four spot in the draft is the hinge position. Atlanta has extended Matt Ryan, meaning it will probably be looking to trade the pick to a scrambling franchise hoping to end up with one of the “other” QB prospects. Yet that won’t be the Panthers… we assume. That leaves New England and Denver as distinct possibilities, but it closes some of the doors to the top.

The move for New York was smart if it was completely finished with Darnold, which it obviously was. But there is no guarantee any of the non-Trevor Lawrence passers in this draft will be better than Darnold. Since they no longer wanted him, Darnold was a sunk cost, and it was proper to move in a deal like they did. I’m just not sure I agree they should have no longer wanted him.

We already spoke about the screwiness of the San Francisco move, and that slides into Miami’s and Philadelphia’s moves as well. I like where the Dolphins have positioned themselves, considering the pass-catching talent expected to go at the top of this draft. Pick 11 will be too late to acquire the best guys. Philly, presumably, needs one of those best guys but traded down anyway. Akin to San Fran, if Philly didn’t love one of the pass catchers, it was smart to move down and acquire more assets. A la New York though, it seems like the wrong judgement call to not want one of Ja’Marr Chase, Kyle Pitts, DeVonta Smith, or Jaylen Waddle, all of whom are expected to be gone by pick 11.

Don’t get me wrong; it is fun to see this level of movement near the top of a draft. But each move leaves me scratching my head just a bit. All of these moves together leaves me with scrapes across my entire scalp.

I want to tell you that trades atop the NFL Draft work out more often than not, but it’s hard to keep a straight face when telling such a bold lie. One team always ends up okay, while the other usually looks back with regret. The team that “wins” is the one receiving more assets than they are giving up. In the case of the Jets this year, they win because they get three players, three draft picks, for one player. When they traded up in the draft back in 2018 to acquire pick three for Sam Darnold, they lost. New York gave up a ton for one guy, who they ended up trading three years later… for more than he was currently worth. Perhaps that’s a bad example, but the point remains. When you get less than you give, even if the “value” is equal, you normally lose. This is what makes the San Fran move so puzzling and the Eagles move at least understandable.

To answer our initial question, I DO like how these teams are maneuvering with NFL Draft trades at the top. Despite all of the evidence pointing to trades usually going sour for the team moving up, it is still a risk worth taking. I would go so far as to say teams like the Jets back in 2018 MUST make big trades to secure potential franchise-altering talent. Interestingly, I can not comprehend how San Francisco feels their trade up to pick three was absolutely necessary. The 49ers are a good football team, only one year removed from a dominant season. Garoppolo has good football left and trade value, just like Darnold.

More BuzzChomp: Best 3 Plant Based Bacon You Have to Try

Unless San Francisco drafts one of the two near-guaranteed Pro Bowl level players, either an OT or TE, then why pay so much draft capital to select not Trevor Lawrence and not Zach Wilson? The only logical explanation is that they felt another team would make the deal to trade up to pick three if they did not move immediately, and San Francisco wanted to be in the driver’s seat for quarterback options. Miami both traded back and then traded up, which was brilliant. They gained draft picks to still select the player they want, just a few picks later.

Atlanta is likely to make a deal now as well, because Matt Ryan has two to five good years left and that team needs defense and offensive line help, not a quarterback. Philadelphia may have traded back, but they could easily trade up with the Falcons to secure a true game-changing player. Denver and New England will also be making moves, but both are waiting to trade up for whichever quarterback falls late into round one. Call them vultures, because they are collecting scraps.

Ultimately, NFL Draft trades rarely work out for both teams. The one receiving picks usually wins, because those picks can be used to facilitate deals the next year and beyond. Most draft picks don’t live up to their potential and most free agents don’t live up to their contract value. Trading draft position is therefore a trade of hedging bets. I like your bet better than mine, so I’ll give you four of my bets for one of your bets. Now roll the dice and see who gets lucky.