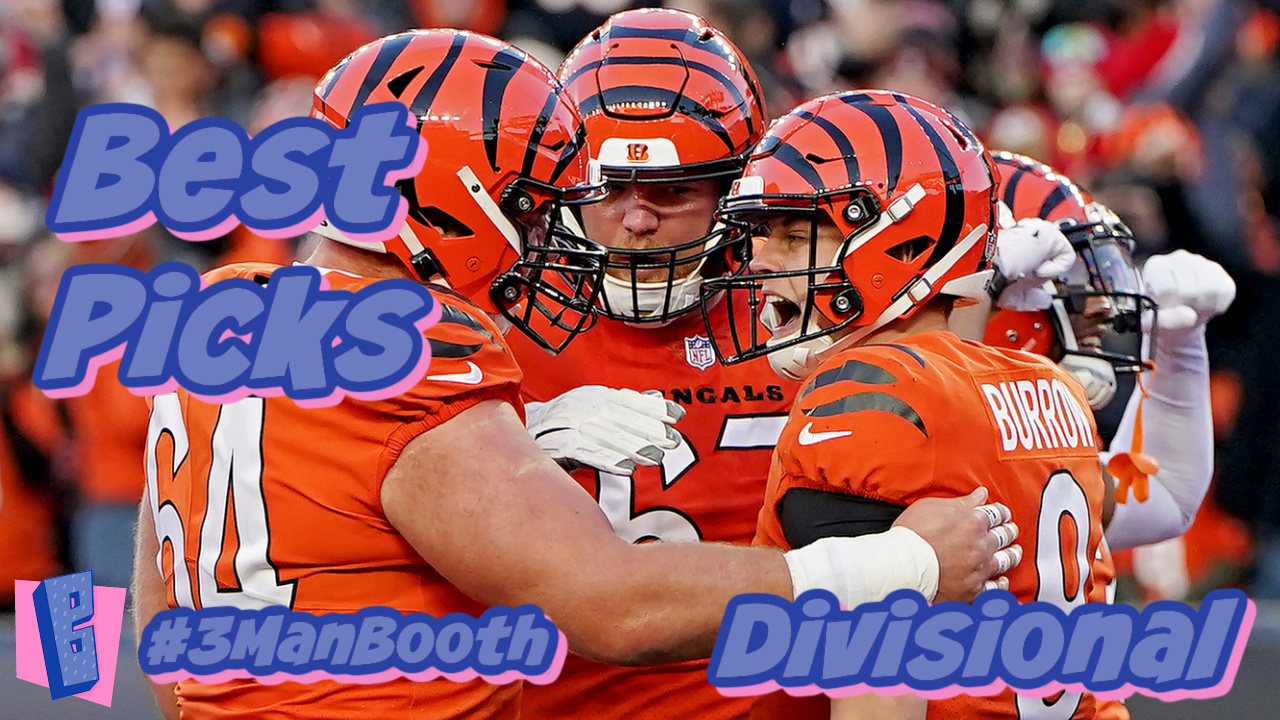 Underdogs are hot in the NFL Divisional Playoffs, along with one favorite. Giants and Bengals all the way. Your best picks against the spread.

Each week we have your best picks against the spread for NFL 2022-23. Lucky for you, we are pretty great at picking games… most of the time. Just don’t blame us if you lose money. Watch our top ATS picks, then watch our take on the New York Jets and Tom Brady Decision, followed by the New York Giants playoff matchup. More than just football in your 3 Man Booth. It’s unfiltered, fan enraged, true hot takes on the NFL.

Two underdogs and one favorite deserve your money in the NFL Divisional Playoffs. Keep riding those Giants and Bengals with the points. Your best picks against the spread.

He may still be very good, but Tom Brady to the New York Jets is a slap in the face, while your buddy simultaneously gives you a wedgie. Its almost as bad as Belichick returning to coach the Jets. Our team is ready to win now, but poor Bud nearly has a stroke picturing Brady in a Jets jersey. Never ever… say never.

This is the BEST scenario for the New York Giants, because they know the Eagles all too well. New York remains loose, has zero expectations, and nearly beat Philly with their backups in week 18. The Giants don’t just have a chance, they are playing perfect and hold the edge.

Also on BuzzChomp: The Last Of Us Premieres With Epic Plane Crash

Your ‘3 Man Booth‘ is the only sports talk show that’s 100% football, straight out of the fan’s mouth. Dan Salem with Phil and Bud. Comment with your thoughts on the New York Jets and New York Giants. Will our suffering continue? Bud’s a pessimist, but this season he was uncomfortably optimistic… until he couldn’t be. Phil and Dan attempt optimism, but its so darn hard with these two football teams.