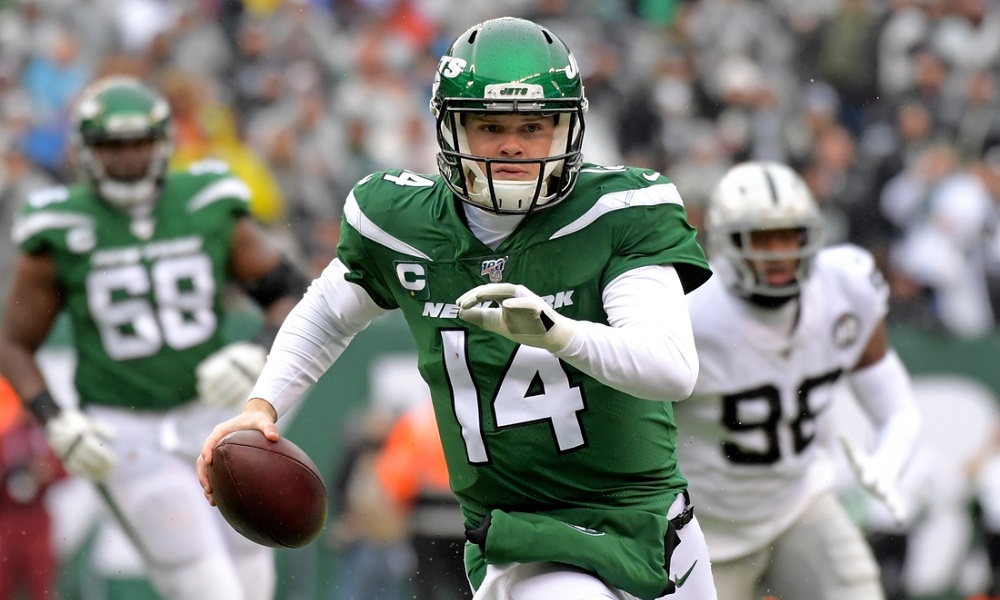 The New York Jets may be the hottest team in football. This is the team we envisioned to start the year. Oh, what could have been.

I’m disappointed.  I’m disappointed not because my team, the New York Jets, is winning, but because this is now the season of “what if.”  The Jets may be the hottest team in football right now.  They have put up an unprecedented 34 points per game during each of their last three games, all victories.  When was the last time that happened?  Brett Favre was the quarterback of the New York Jets.  Yup.

Sunday’s rout of the Oakland Raiders and the destruction of their playoff dreams was not a fluke.  New York has been playing out of their minds on both sides of the football the last two weeks.  The Jets were the team on Sunday that looked bound for the playoffs.  They were the team we all envisioned at the beginning of the year. Oh, what could have been.

Sam Darnold is playing his best stretch of football, maybe ever.  He was crisp with his passes, made the right reads, and when it came time to make poor decisions, he threw that ball away instead.  This wasn’t the Redskins they were playing, this was the Raiders.  Oakland has a very competent defense and an offense that can run the ball and dominate the time of possession.  The Raiders didn’t stand a chance.

I have to give credit to Coach Adam Gase.  That’s right, credit.  He was able to fight threw all the sludge and everyone calling for his head on a platter to put his team in this position.  Gase has been able to manipulate the offense in a way that Darnold can be successful.  They are more well rounded than they have been all year.  A makeshift offensive line is playing much better than expected and was able to keep Darnold upright for most of the game. Its a stellar turnaround that won’t go unnoticed around the NFL if it continues.

The one challenge I still see facing the New York Jets is that they need to get the running game more involved.  Le’Veon Bell is an all-world talent and you can tell when he touches the football, but the Jets need to get more out of him. This starts with creating holes upfront and mismatches on the outside.  If New York keeps winning, then I’ll be more patient. Stay tuned.

Also on BuzzChomp: The Mandalorian and Baby Yoda are Fugitives

Up next for the Jets is a game against the Cincinnati Bengals. Their opponent is completely dysfunctional and are now going back to the “Red Rifle” at quarterback.  The Bengals have no running game and their wide receiver play is mediocre at best.  Cincinnati’s defense has been giving up points to good offenses all year.  Could we see four wins in a row?

Here’s the deal. If the Jets win their next two games against the winless Bengals and the hopeless Dolphins, then they have put themselves in a great spot to maybe slide into the last wild card spot.  What stands in their way?  Only themselves.  What could have been if New York was able to hold onto their lead in Week 1 against Buffalo and beat the Dolphins.  Ugh.