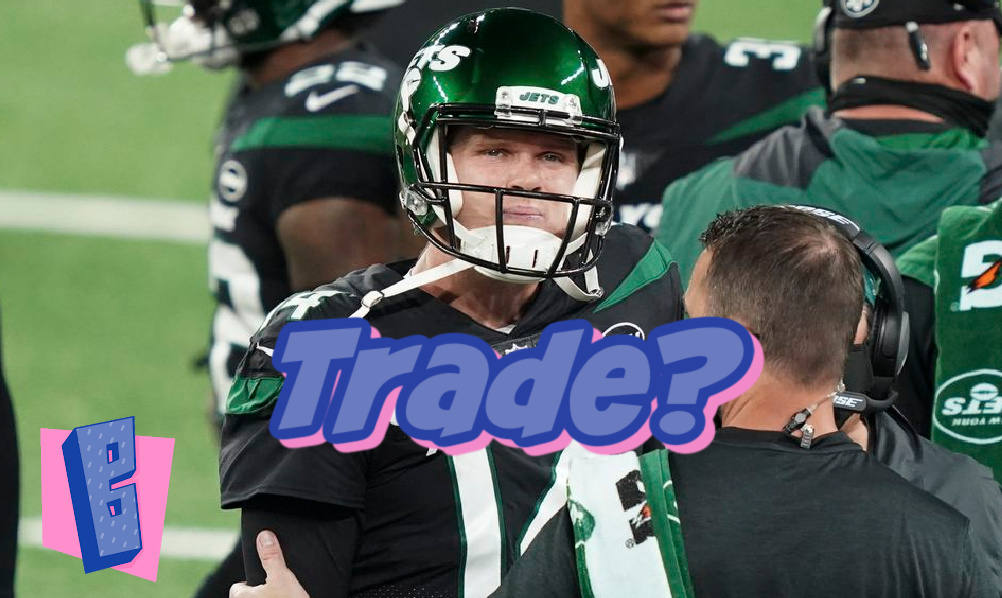 Sam Darnold can be a great quarterback, but he’s suffocating on the New York Jets. Blame the coaching, the New York pressure, or simply bad timing. Is it time to commit to the future and trade a promising talent?

Sam Darnold is barely treading water as the New York Jets fall further into oblivion. Their 2020 season appeared over after Week 1 and has shown even fewer signs of life during two subsequent blowout losses and a heartbreaking defeat that leaves them winless. With Trevor Lawrence sitting in wait as the top prize of the 2021 NFL Draft, its time to seriously consider the future of this franchise.

GM Joe Douglas is doing a solid job of team building. He is solidifying the offensive and defensive lines, while refusing to overpay players and get as much for disgruntled stars before they leave town. New York already has a bevvy of draft picks and is likely to secure a top five pick of its own. This season appears unsalvageable with Adam Gase as head coach. He’s lost the team and the team has lost a sense of how to compete and finish. The offense is stale and inconsistent, unable to score touchdowns and prone to mistakes. By all accounts the practices are simply not working, which brings me to quarterback Sam Darnold.

More BuzzChomp: Does Lovecraft Country have a Parallel Universe?

Most general managers wish for enough time to build a team full of ‘their’ players. Darnold can be excellent, but he’s from the old regime. He’s also suffocating in Gase’s offense and pressing to make plays, causing further mistakes that make him look even worse. Right now Darnold has value. He’s shown resilience and leadership. Several teams could use a quarterback upgrade and Darnold needs a change of scenery. Its hard to envision him turning things around in New York this season, but damn is he trying.

I’m of the opinion that removing Gase will likely remove all pressure from this football team, but it could do more harm than good. Gase looks bottled up at all times, which flows down to the players. If Gregg Williams takes over as interim head coach, then Darnold can just play free. Williams brings a very different energy to the team and perhaps this trade debate goes away. Perhaps Darnold takes the proverbial next step towards leading a franchise to success. But I’m not holding my breath. Why claw and scratch from the gutter to get another seven wins and a worse draft pick?

Also on BuzzChomp: Adam Gase Leaves Jets No Choice But to Fire Hime

Tanking is a dirty word, but looking to the future makes sense for a team that desperately needs more talent on both sides of the football. They also need someone to develop the talent they do have. Its not about stars. Its about a team that executes perfectly around one or two stud leaders. What would New York get for Darnold in a trade? A second and third round pick perhaps, or is that wishful thinking?

To look toward the future, one must get the most out of the assets they have. Keeping Darnold around as the bridge quarterback to another young player makes little sense. He’s itching to flourish, not hand over the leadership role. San Francisco and Denver are playing their backups, while Chicago can’t decide who to start. New England lost its starter to the virus, so trade options abound.

I doubt it happens, but the best thing for this failing team and its quarterback is to move on. Both can then flourish. As it stands, both Sam Darnold and his New York Jets are drowning in a pool of their own saliva. Its disgusting and borderline impossible to watch.