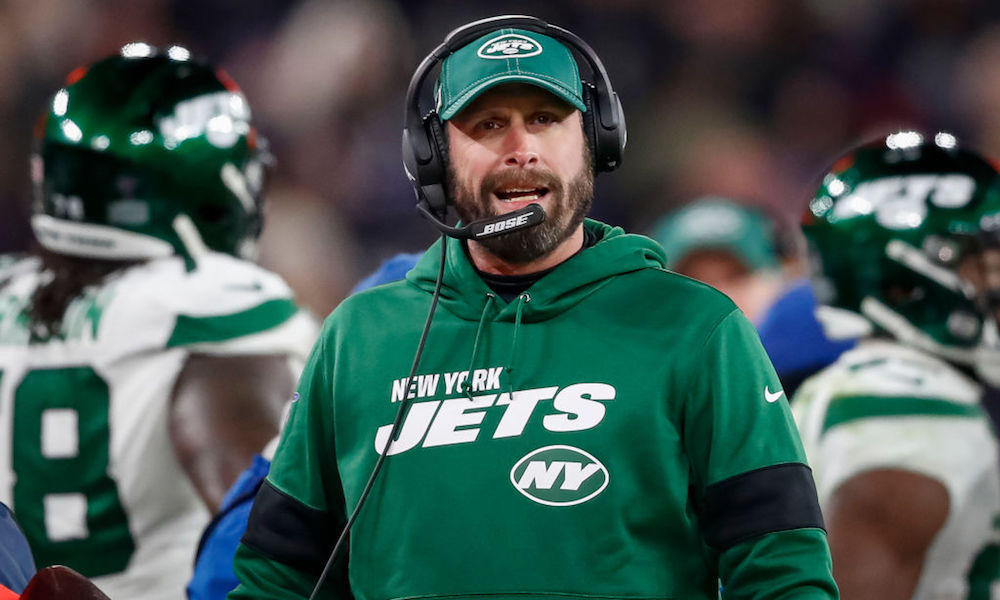 So much about sports and the NFL is now different, but some things never change. The New York Jets remain a mess and despite the comfort of knowing this reality, it sucks to be a fan.

Welcome to 2020 folks. This year alone we have seen historic fires, the death of Kobe Bryant, the death of the Black Panther and COVID-19. The list doesn’t end there and with it has come a tremendous amount of uncertainty. We’re all treading water, wondering what is right and wrong. But fear not my fellow sports fans and listeners, because the New York Jets have saved things. There is always one certainty, one thing that never seems to change. The New York Jets are a f*cking mess.

Coming off of last year, we Jets’ fans were promised that things would be different. Granted, we receive that promise most years, but 2020 was supposed to be different. We would see the advancement of Sam Darnold as a “franchise quarterback”. Promises were made that head coach Adam Gase would be different. He would use the running game more to round out what was already an anemic offense from last year (in fact it was one of the worst offenses in the history of football). At this point, after one measly game, I wouldn’t let Adam Gase coach my daughter at soccer practice, let alone a professional football team.

Even with his mask on you, could tell Gase was completely lost. He appeared to be thinking “I can’t coach football.” He is correct. People said Gase was an offensive genius and a quarterback whisperer. But what most people forget is that when he was coined as such, Gase had Peyton Manning as his quarterback. Shit, I could have coached Peyton Manning and would now be considered a great coach. Sign me up.

The New York Jets week one game was not as close as the score indicated. New York let Buffalo’s offense march right down the field with ease and if not for a fumble, the Jets could have easily been down 28-0 in the first quarter. Where was the defense? What about a spark to start the season? The Jets looked like a team that was not prepared to play, even though they had a month to prepare.

There was a lot of football played in Week One and plenty of other teams looked noncompetitive. I’m looking at you Cleveland. But you can’t tell me the Jets are not close to being the worst team in football. They are at the very least top three. New York was noncompetitive top to bottom and the score should have been 40-0 at halftime. Thank you Buffalo for letting us hang around and providing more false hope.

People are now ready to jump off the “Sam Darnold’s our guy” philosophy regarding the Jets. Not so fast. I’m not sold on that just yet. When he’s been healthy and is put in a position to make plays, Darnold’s done well. He did not play well in Week One, there’s no denying that. Darnold made rookie mistakes, and with a quarterback who’s in the second year of an offensive system, that’s inexcusable. I would have expected more out of our third year quarterback.

How much of this disaster was predicated on a bad offensive game plan and injuries to New York’s skill positions? Is Darnold truly to blame for the team’s complete failure to compete? If there is anything I see, other than our coach being a disgrace, its a lack of depth. The Jets are shallow. With Le’Veon Bell now hurt, can this team rely on a 37 year old Frank Gore to carry the load? Why bring Breshad Perriman into the game if you’re going to throw 1-yard slant outs that every NFL defense can sniff out with ease? He’s a fast deep threat player. Yet the Jets had almost no deep passes and when they were thrown, they were inaccurate. This team is not built to throw the ball 35 to 40 times a game.  As Rex Ryan would say, “Ground and Pound Baby!”

Speaking of “Ground and Pound,” the offensive line looked so-so. They were able to give Sam some time to throw the ball, but the run blocking was terrible. Was this a product of no preseason? Perhaps it was a product of the Bills defensive front being dominant. Time will tell, but one thing is for sure, rookie LT Mekhi Becton looks to be the real deal. He is going to dominate over the coming weeks.

I can go on and on about this team’s failures, but ultimately coach Gase needs to go. Until there is a solid coach on the sidelines, this team will be garbage. As I like to say, they always have been and always will be. Next week the New York Jets play a San Francisco team that had a lead and lost to the Cardinals. This should be a bloodbath, because the 49ers are out for blood and their first win. If George Kittle is on your fantasy football team, you’re welcome. Same Old Jets, damn it.