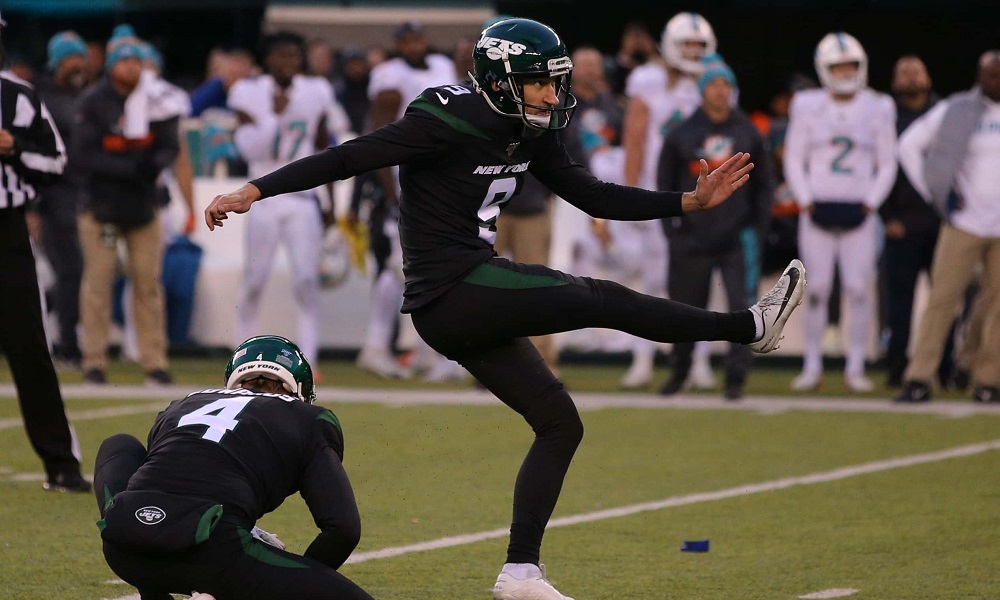 Good, ugly and gutsy all describe the New York Jets this season. Its impossible to root for this team, as they infuriate everyone who loves them.

It wasn’t pretty, but it never is when it comes to the New York Jets.  Its impossible to root for this football team because win or lose, the Jets infuriate everyone who loves them. New York (5-8) overcame losing their top two players to beat the hapless Miami Dolphins (3-10) on Sunday 22-21 in what can only be described as a freakishly weird football game.  Let’s not fool ourselves though, the Jets should have lost.

The ineptitude of Miami’s offense was on full display Sunday, giving Jets fans hope when none was warranted.  In a game where the Dolphins only had to punt once, they managed to turn eight red zone possessions into seven field goals.  Some will say this was a product of the Jets defense and that credit is due to their resiliency. I call this garbage football played by two terrible teams. Can you feel my blood boiling?

The Jets have some major problems to deal with going forward. Number one is a coach that couldn’t get out of his own way yet again on Sunday.  You know how I feel about coach Adam Gase. He called a terrible game and was clearly making a point without star running back Le’Veon Bell.  He gave the ball to Bilal Powell 19 times. Powell is a good but not great running back, so this was a slap in the face to Bell who has been averaging 13 touches per game since Sam Darnold returned to the lineup.

Darnold had an up and down game and never really hit his stride.  Yes, he threw for two touchdowns, but we are still seeing the same mental mistakes and missed throws common for rookie quarterback.  Is this coaching or is this a product of what he actually is?  I am a believer in Darnold, but I am fearful that he is not getting the mentor-ship he needs.

Look at Ryan Tannehill in Tennessee right now.  He was a product of Gase’s offense in Miami and looked pedestrian at best.  Now he is leading the Titans to what could be a division title with one more win over the Houston Texans. Tannehill has been the number one reason the Titans’ are succeeding.  Is this maturity, or a lack of Gase? Could it be that Gase just isn’t as good as people think?  I’ll let you ponder that one.

New York’s defense was not great either, despite being good at holding a bad offense to all field goals. They made “Fitzmagic” look great at times, allowing him to stand in the pocket and use his feet to run at will. It almost doomed them.  The Jets played zone for most of the game and ultimately Fitzpatrick wasn’t able to get much going in the passing game.  Nevertheless, this team needs Jamal Adams desperately. At this point, is it even worth it for him to come back? Survey says, no.

Moving forward, the Jets will continue to infuriate fans like me. Next up is a Baltimore Ravens team that is clicking on cylinders that New York simply does not possess.  Lamar Jackson looks like an MVP and became just the second quarterback in NFL history to rush for over 1,000 yards in a season.  Even if he sits out this Thursday night matchup, it won’t matter. The Jets are decimated with injuries and the defense will have no answer.  Expect a blood bath in what could be the most lopsided, one-sided game of the year. More ghosts anyone? Prediction: Ravens 38 – Jets 10