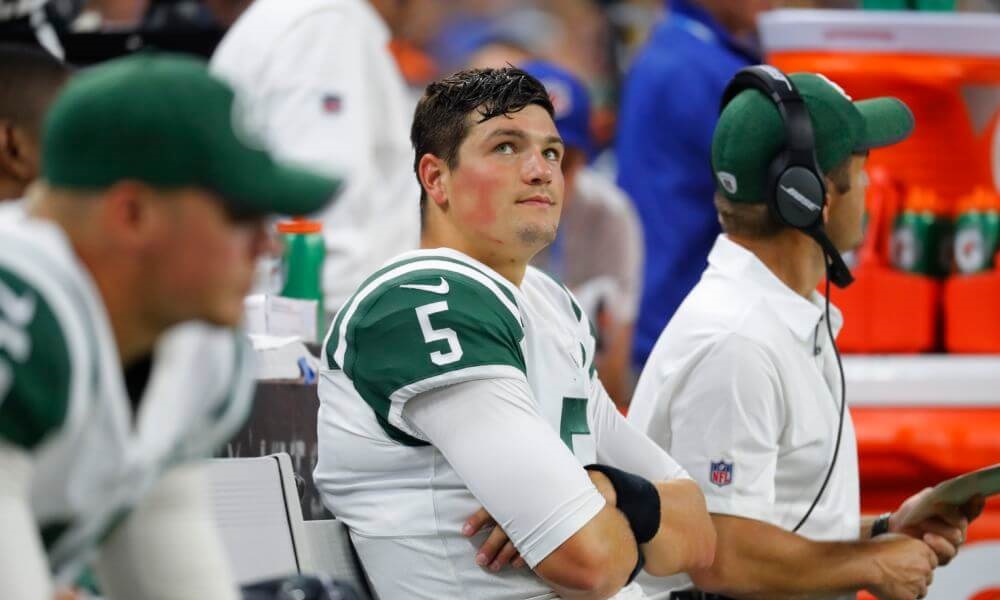 The New York Jets have two games remaining in 2017, but the season is basically over. Will Christian Hackenberg ever play? Its complicated.

Ego is a beast that all people must conquer, yet so many fail to do so. Whether or not Christian Hackenberg plays starting quarterback for the New York Jets this season comes down to ego. The ego of general manager Mike Maccagnan is on the line. He’s doing a great job running the Jets, but ego is getting in the way of this football decision.

New York’s best quarterback is injured, Josh McCown broke his hand, so it’s up to backups Bryce Petty and Hackenberg to lead this football team over the final two games. Petty was okay against New Orleans, yet continued to make easy plays look difficult. He threw two bad interceptions and nearly tossed several more. Worse still was his inability to convert in the redzone. Petty looked rusty and very much like a rookie. It was only his fifth career start, so he basically is a rookie. Perhaps he can improve into a starting quarterback, but more likely he won’t be given the chance. That is the state of option A for the Jets.

ALSO ON BUZZCHOMP: ‘All The Money In The World’ Movie Fact VS Fiction

Option B was not allowed to put on a uniform until McCown got injured. Hackenberg was a second round draft pick who still needs more practice time before he can play in a game. I’m sorry, but you can only learn so much in practice. There is no substitute for actually starting a game that counts in the standings and finishing that game. No matter how bad it goes, the experience is unrivaled. You either sink or you swim, but if he is truly going to play in the NFL, he must actually play. This is where Maccagnan’s ego comes into question.

It takes a big person to admit when they’ve made a mistake and NFL general managers are not known for doing so. Yet actions speak louder than words, so we know that New York Jets GM Mike Maccagnan believes he made a mistake by drafting Hackenberg. What is confusing to me is the actual plan for this player. Hackenberg has no value right now. Another team will not trade for him, because the Jets themselves refuse to play him. The likely outcome is that New York simply cuts Hackenberg. So the only thing preventing them from playing him now is Maccagnan’s ego.

Playing Petty did not help the development of the other young Jets against the Saints. Unless you count adversity and learning from it, Petty simply caused frustration. He did not appear to be a viable backup quarterback, let alone a starting one. Letting him play further may increase his value if he improves, but it could also nose dive him into oblivion. I expect the New York Jets to cut Petty. So it makes sense for them to let Hackenberg get his shot to start in week 17. I’d like to see him play in the second half against the Los Angeles Chargers. But this requires Maccagnan to put his mistake on full display. He must suck up his ego and stop hiding his mistake on the bench.

Considering how many solid moves that Maccagnan has made, we can easily forgive him for Hackenberg. Everyone already knows he made a mistake. If it was a good pick, then Hackenberg would have played already. The Jets were a losing team last season and are one again right now. Losing teams must limit injury and build confidence, but also determine who they plan to keep. Perhaps the Jets already know the answer to that question at quarterback, but give the kid a shot. Don’t let him go down as the highest drafted quarterback to never play a meaningful snap. Let him show us what he’s got. You’re going to cut him anyways.

More BuzzChomp: Yankees One Player Away in 2018