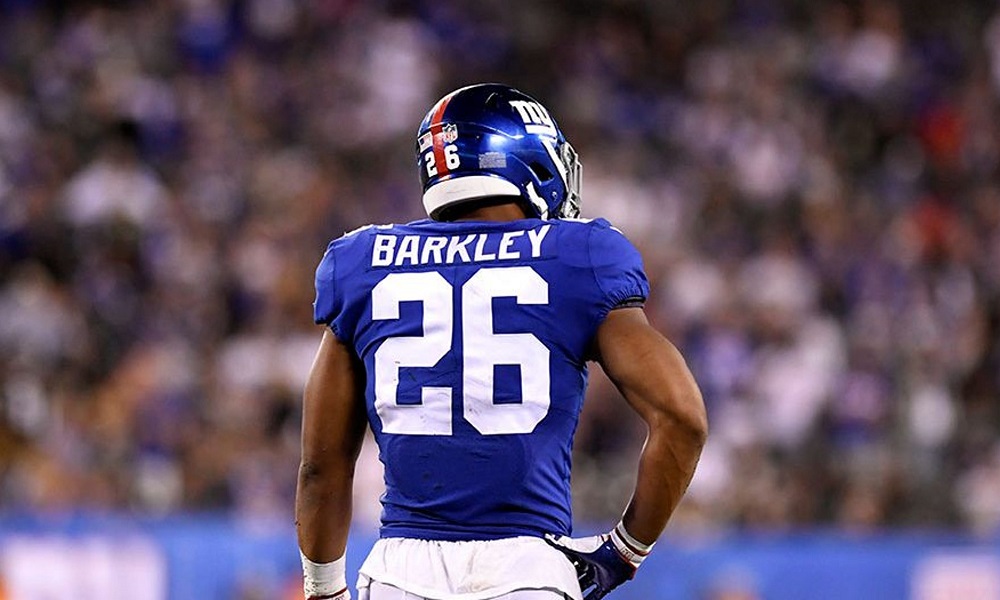 Despite a forgettable performance to start the new season, its not time to jump ship on the New York Giants just yet. Hold your head high for now.

It’s been eight months since we saw any meaningful football on a Sunday afternoon. As I watched the RedZone countdown clock tick down to 0:00, a smile came across my face as I knew football was finally back. Unfortunately, the New York Giants forgot to completely show up. Despite their lackluster performance, its not time to jump ship just yet.

After the block of 1 PM ET football games were over, I knew it was finally time to get ready for the Giants in 2019. With New York being a full touchdown underdog going into this game and Zeke ending his “I don’t want to go to training camp” holdout, even the optimist in me knew it was going to be an uphill battle. I just wanted to see effort, and I got that. It was only on one side of the football, leading to an embarrassing defeat.

Going into this season, the knock against the Giants was going to be the defense. After trading away high-priced veterans and Landon Collins, who I loved, New York’s defense is now a young group. They need more time to gel together. The result was allowing Dak Prescott to carve them up for 405 yards and 4 TDs. This quote via text followed: “It was like playing Madden on easy.”

Every pass from Prescott seemed to go to an open wide receiver in the middle of the field. When you allow two receivers to get over 100 yards each (Gallop 158, Cooper 106), you are not going to win. This has to improve! The Giants did hold Zeke to a mere 53 yards rushing and a team total of 89 yards on the ground. But was that because the run defense is okay, or because Zeke eased into week 1? It doesn’t matter, because when you can throw the ball all over the field to open receivers, why take unnecessary hits in the running game?

If we are going to go by the masses, then everyone will tell you that Dallas has a very well rounded team on both sides of the ball. They can compete for a Superbowl (Let’s hope not!), so it was no surprise that the Giants struggled. But I am not ready to write New York off just yet, or anoint the Cowboys. There were some good signs that I can pick out of this game.

Also on BuzzChomp: Daniel Jones is NOT who the media claims

First and foremost, let’s stop the debate before it even begins. Daniel Jones should NOT start week two. The only reason he came into the game was because there was a minute and a half left and the game was in hand. I have no problem with him coming in and getting a few real NFL snaps under his belt. This loss to Dallas had nothing to do with Eli Manning. In fact, Eli was one of the bright spots of this game. He went 30-for-44 with 306 yards passing and a QB rating of 95.5, one TD, and no picks. If Eli puts up that stat line every week, then there are better days ahead.

Evan Engram, who I dub the MVP of the Giants this week, hauled in 11 catches for 116 yards and a TD. He is going to be heavily relied on as the season moves forward. Once Golden Tate comes back, Engram will be in a ton of favorable match ups week in and week out.

The offensive line is a complete 180 from where we were a year ago. The Giants were moving the ball on the Dallas defense and Eli was only sacked once. Did everyone read that correctly? One sack. On the second play of the game Saquon Barkley ran through a hole the size of a truck for 59 yards. That kind of hole was not being opened a year ago. Speaking of Saquon, if the Giants are going to win games going forward, he needs to touch the ball more than 15 times per game. He did turn his 11 rushing touches into 120 yards (10.9 yards per carry), thus proving why he needs the ball more.

Prior to kickoff, even I picked the Giants to lose to Dallas in week 1 because I knew the tall task at hand. But New York’s next three games are against teams that are not nearly as talented as the Cowboys. The Giants get the Bills in week 2 for their home opener. Buffalo was down 16-0 to the Jets before New York let them come all the way back to steal a win. The Buccaneers and Redskins follow in weeks three and four respectively.

If the Giants build on their offense and put another defensive back in the middle of the field against Buffalo, I believe they have a great opportunity to get to .500 with a win. If not, then we are going to be on panic watch. That being said, my week 2 prediction: New York Giants 24 – Bills 17.