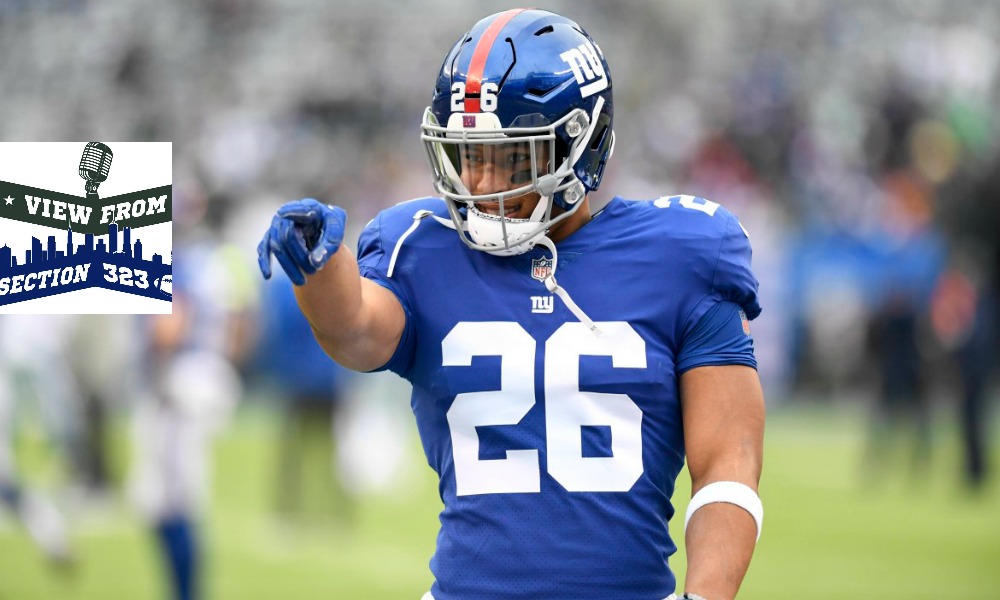 It was a magical week for the New York Giants and Jets. Did both teams just hit their high this season? Section 323 NFL podcast.

The New York Giants won two straight games behind rookie quarterback Daniel Jones. That hadn’t happened since 1997. The New York Jets didn’t lose, which hasn’t happened since sometime in 2018. Both teams had good weeks, but have they hit their highs? At least the buzz is back in Metlife Stadium, and Sam Darnold is close to returning. Can he save the Jets season?

NFL fans are typically vocal, but these two New York fans are worse. If an inter-city rivalry exists between the Jets and Giants, then Phil and Bud are it. The ‘Section 323’ NFL podcast covers the entire league with a New York focus. Where will the season take our New York teams? Daniel Jones is great, but the defense has a lot to prove. The Jets have nowhere to go but up. Can they do it? Phil and Bud have nothing nice to say, so don’t expect a compliment.

Do you believe the Giants are playoff worthy with Daniel Jones under center? Can the Jets look competent offensively with two weeks to prepare for Philadelphia? Both New York teams muddling around average, but the season is far from over. Coaching problems are fixable, yet we know adjustments are rare in New York. Who will end with a better record? There are no mulligans in football.