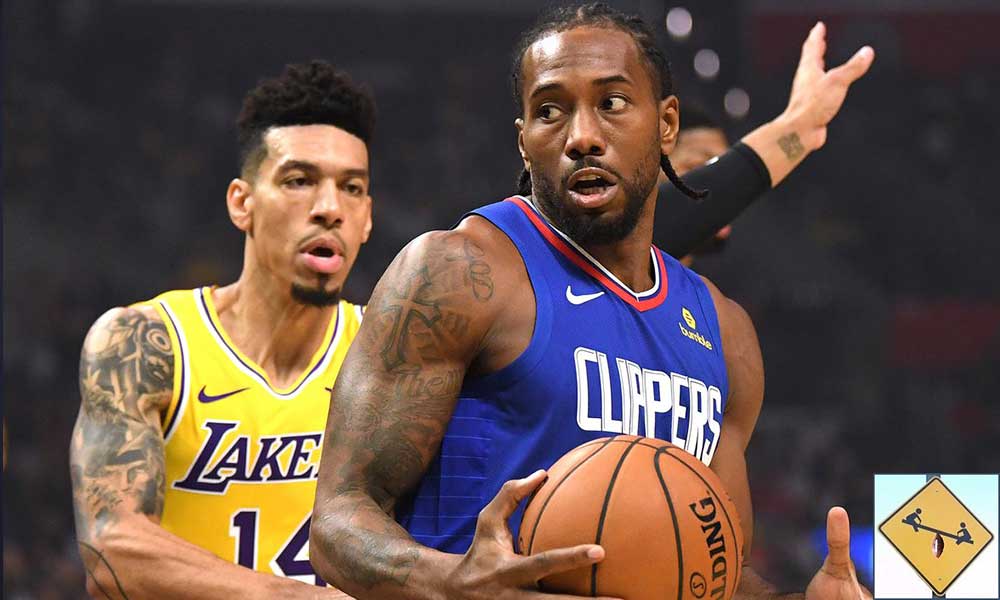 Super duos formed across the NBA, reinventing what it means to be NBA super teams. Yet our eight dynamic duos are not all shining, thrusting their long term viability into question this season.

The 2019-20 season was supposed to be the end of NBA super teams and the year of the super duos. Super duos formed on both Los Angeles teams, in Brooklyn (though for ’20-’21), in Houston (with Russell Westbrook upgrading Chris Paul’s duo standing), and Dallas, while remaining duos existed in Philadelphia, Portland, and Golden State (with Klay Thompson’s injury dropping the Warriors from a big three). That’s a lot of star power.

The duos on those eight squads made up 15 of the roughly 30 best players in the league. It could be a perfect 16 once we get a clear look at a healthy Kristaps Porzingis.

That tight containment of talent did two things. It solidified expected playoff fields, assuming half the playoffs would be made up of these groupings, with only Dallas and a Durant-less Brooklyn as question marks. But it also opened up the championship window. There are no NBA super teams to bully all comers. Now we would have legitimate competition between a number of contenders.

More than 10 percent of the way through the season, the super duo teams are pretty much living up to those lofty expectations, even if the duos themselves aren’t dominating. The lone disappointment is Golden State. Thanks to injuries to both members of their duo, the Warriors are out of this discussion entirely. They are tied for last place in the entire NBA as of 11/11. Everyone else is doing well, for the most part.

The Lakers are in first place. The Clippers are looking good, and Paul George hasn’t played a game yet. Brooklyn is waiting until next year, yet still will contend for an East playoff spot. Houston is great offensively and a train wreck defensively, which evens out to put them right where we expected them to be. Dallas has been surprisingly successful with Porzingis looking good in his first action in over a year. Philly started 5-0 before a brutal road stretch kicked in. The 76ers are just fine. Portland is the lone healthy disappointment. The Blazers have scuffled a tad out of the gate as they try to find a defense that is sustainable. But even they aren’t in too big of a hole as of yet.

The NBA is always historically predictable. Surprises aren’t supposed to sustain themselves for long in this league. It’s why what Phoenix is doing is so much fun. But otherwise, we are right on script midway through November.

Do you see any of these super duos fading as the season goes on? Portland is obviously the most vulnerable (and arguably has the least talented duo to begin with). I find myself being worried about the Clippers. George is getting a late start, and who knows how explosive he will be this month when he does come back. With Kawhi Leonard also famously taking numerous days to rest, the Clipperss may begin to drop multiple games a week as they play without a full roster. Once the sheen of a new season dulls, wear and tear could pick apart this roster more than some others. It’s only been nine games, but the team is already 6-1 with Leonard and 0-2 without him.

NBA super teams have taken on a new look, but don’t kid yourself. Our super duos are still super teams. Most will sustain themselves enough to make the NBA Playoffs, and isn’t that the goal? Once the playoffs begin, the slate is wiped clean. If our teams are truly very close in terms of dominance, then entering the playoffs healthy is more important than earning a higher seed. This is why I’m not concerned about the Los Angeles Clippers. A rested and healthy Leonard is all that matters. I can’t say the same about a few of our other super teams.

While Portland has yet to rise up the West standings, I’m a bit concerned about Houston sitting near the top. An inability to play defense won’t prevent them from making the playoffs, but it certainly means another early exit is to be expected. This will be considered an epic failure. NBA super teams that have succeeded in prior years all played great defense. Those that can’t never get very far. The Rockets low point differential speaks to their weak defense. What is going to change this? Not their existing superstar players.

I’m also nervous for Brooklyn, but they don’t have the lofty expectations of Houston. No one expects the Nets to make much noise without Kevin Durant. This pretty much gives them a mulligan season, so tailing off towards the bottom of the playoff field is not really news. What about Boston? The Celtics currently lead the East with only a single loss and the league’s best point differential. We don’t consider them to have an NBA super team or super duo, but Boston is still winning in droves thus far. Does this mean we must consider a more throwback team building approach to also be worthy? Build a great team, regardless of quote unquote superstars. This should always work, yet is hard to get excited about.

Super stars playing together is great fun. Having one super star and a complimentary cast is old hat. We know what won last season in Toronto. Perhaps our NBA super teams will all once again get their comeuppance, as another traditional team wins the title. Or Los Angeles A or B will win over Philadelphia. As long as LeBron James is in the playoffs, we win as fans. Nothing is worse than a super star failing to get his team into the playoffs.