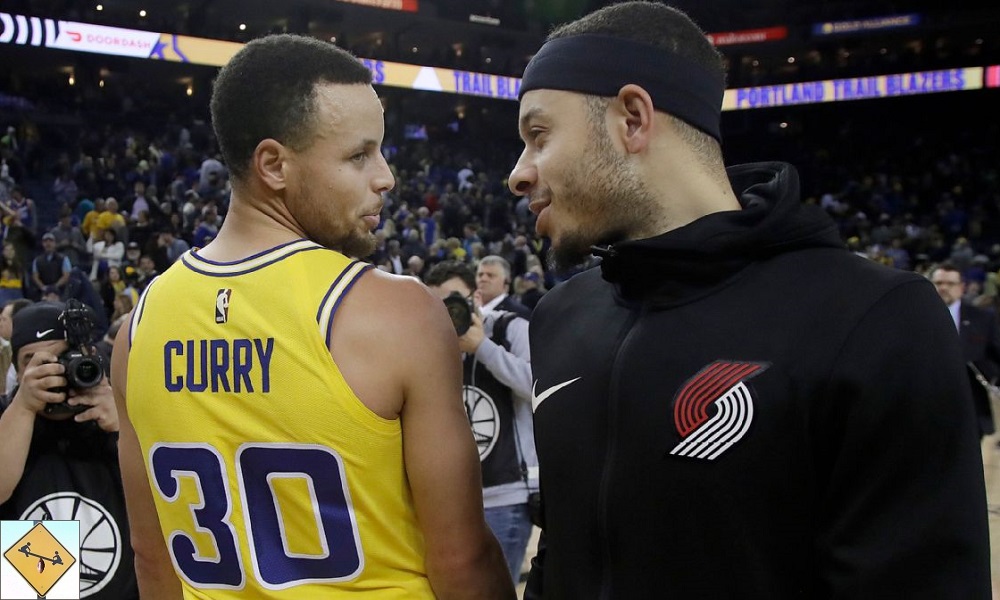 Stand up and shout, because the NBA Playoffs 2019 are heating up in the best way possible! Great basketball aims to destroy a dynasty, even as the Golden State Warriors keep winning.

The NBA playoffs 2019 have been heating up after a lackluster first round. The Milwaukee Bucks stormed over Boston after dropping game one. The Toronto Raptors won their series on the NBA’s first ever game seven buzzer-beater. Golden State triumphed without its best player for the series clincher. And the Portland Trail Blazers won a game seven on the round with their best player shooting 3-of-17 from the floor. It will be hard to top what the second round had to offer.

We enter the conference finals with four of the top six seeds in the league. Everyone has picked against Portland each round thus far. Does it stand a chance with Kevin Durant sidelined for the Warriors? Stranger things have happened. We also get the Eastern Conference finals matchup everyone was hoping for with the top two seeds advancing to this point.

More BuzzChomp: No Happy Ending for Game of Thrones

The questions with the Warriors are always more about the past and the future than the present. This team has put together one of the greatest stretches in the history of the sport. It has the free agency of Durant, Klay Thompson, and then Draymond Green hanging over the roster. If All-Star pieces move around, will this still be the favorite to win the 2020 championship? That has been a storyline for months now. We actually get a reasonable glimpse right now.

With Durant out hurt, this could be the Warriors team that runs it back next year. They should be able to beat the Blazers regardless, but up against either the Bucks or Raptors in the finals would be fascinating. Durant may be healthy by then, which would throw off the exercise and make GS the prohibitive favorites yet again.

Philadelphia is facing a similar spot, though having already been eliminated from the postseason certainly puts a headier weight on the situation. All of Jimmy Butler, Tobias Harris, and JJ Redick are free agents. Rumors have the team moving on from head coach Brett Brown as well, even as he made stellar moves during the playoffs to take the game out of Ben Simmons’ hands and into Butler’s.

If you want to call the 76ers a super team that failed, I wouldn’t argue with you. Toronto and Milwaukee are the old-school roster construction: one superstar surrounded by key role players that could develop into All-Stars given the proper circumstances. It remains to be seen if that is enough to vanquish even a shorthanded Warriors squad. (Yes, I’m writing off Portland for a third straight round.)

Steph Curry hasn’t looked like himself for more than briefs stints. Has he lost half a step that cuts down on his open looks, or is he just in a bit of a slump? Was Durant stifling his offense? These are all questions that will be partially answered in the West finals, but I need to see the team against the best of the East. If Durant returns by then, we won’t get a definitive answer at all. It will just be another season where the power of Golden State overwhelms everyone else. It may be the last season where that happens.

We seem to be bouncing from one super team to another in the NBA. First we got the big three in Miami. Then LeBron James tried to replicate things in Cleveland, only to have Golden State one-up things with their own super team. Many other teams have tried, but none have come close to winning a title. The Warriors are still great and the future is unknown. I have so many questions!

Will Kevin Durant form a super team with the Knicks? Can LeBron build another super team with the Lakers? Is Philly’s super team dead before it lived? What is going on in Boston? Will Houston ever get over the hump? The most interesting stories have nothing to do with the teams left playing in the NBA Playoffs 2019 or its ultimate champion. Perhaps the only question worth asking is if anyone can stop Golden State. We’re always asking this question.

The conspiracy theorist in me saw Durant go down and thought it was all planned. Now Golden State can prove to the league it can win without him, since his departure this summer feels imminent. Now Durant’s departure feels less like a slap in the face, since he was sidelined during the latest championship run anyhow. That’s obviously unlikely, because everyone on the Warriors, Durant included, wants to win another championship. Portland seems unlikely to stop them, despite their current hot streak. I’d be shocked if the NBA “allowed” the Warriors to miss the NBA Finals anyhow. The NBA Playoffs 2019 desperately need them to win.

I can see it now. The NBA Finals 2019 between Milwaukee and Portland, or Toronto and Portland. Let’s just say these three franchises are not exactly television friendly. They don’t offer large fan bases or fringe fans. They have no international cache or fan appeal as of yet. Each team possesses a star player or two, but none have won a title as of yet. Let’s just say the Warriors will be in the NBA Finals, because this is the NBA after all.

Todd Salem: You won’t get me backing you in your conspiracy theories! The Warriors will be in the NBA Finals because Portland’s third-best player is Rodney Hood. No hi-jinks needed to explain this one!