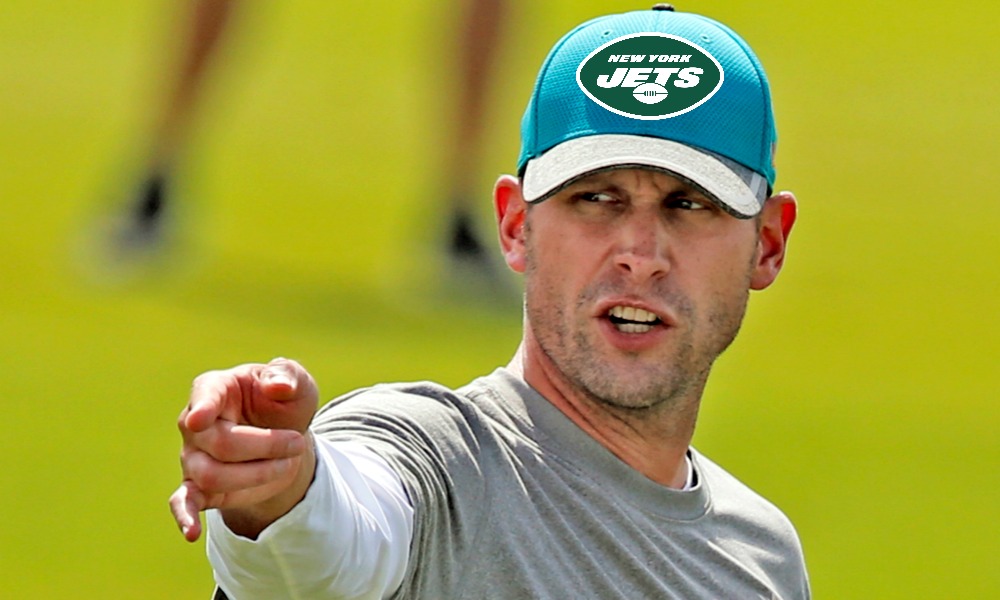 The coaching staff changed. Then team colors and branding got a new look. Now Adam Gase is in charge. Did he just destroy the ‘old’ New York Jets for good?

Call it wishful thinking if you’d like, but I can’t help but see the positive in all things, especially when the news itself is so maddening. The New York Jets fired their general manager and vice president of player personnel. Then coach Adam Gase traded a former 1st round pick for pennies on the dollar. More on that later, because the ‘old’ Jets are officially dead.

Gase saw an opportunity to mold this franchise into something new. He was booted from Miami because he clashed with ownership over control of the team. Now he has full control of the New York Jets. Gase clashed with the former GM and got the last remaining shreds the ‘old’ Jets fired. Now he will have a GM of his choosing, a person who will help him build his team.

I can’t decide if I’m upset about this turn of events or not. Stephen A. Smith said it best, “You just can’t make this stuff up.” But killing the ‘old’ Jets is a good thing. The ‘old’ New York Jets sucked. Ridding the team of every last shred of that stink was never going to be pretty. Gase has remained quiet, maintaining his dignity through all of this change. I give him credit for that. He saw a team with a lot of potential and knows he can create a winner. He allowed the former GM to acquire key pieces and got him booted once his usefulness was done. Then he made the move everyone knew was coming, the trade of Darron Lee.

Lee was not going to start for the Jets this season. Its unclear how much action he was going to get at all, but he did offer valuable depth on defense. Set aside where he was drafted, because Lee currently holds his max value on the open market. He’s coming off his best season as a pro and wasn’t going to get a chance with the Jets to show anything more. Josh Rosen, a former top 10 pick and a quarterback, netted a second round pick in a trade. Rosen is a potential franchise quarterback. Lee, a former first round pick with several mediocre seasons under his belt, netted a sixth round pick. I’d rather get something than nothing for him. Gase agreed.

Also on BuzzChomp: Mad Queen Arrives on Game of Thrones

I hated the news of the firing of the Jets general manager, mainly because it seemed stupid and poorly timed. Then I thought about it. Gase gave himself through the NFL Draft to try and jive with the former GM. He let him build a winner in free agency, which I believe was well executed. Gase also let him handle the draft. Then he showed him the door prior to any mandatory team activities. The hard work was done. Now we start over.

If Gase is to elevate the New York Jets to the level of a winning franchise, he needs everyone on board. He needs a GM he can trust and players he loves. Gase wouldn’t have joined the Jets if he did not like the personnel, despite his limited head coaching options. Now he has the front office he wants.

This season was previously a wash for the team, but now comes with lofty expectations. I believe Gase wanted that chip on his shoulder. He wanted that pressure on his players. He wants to prove to the NFL that his way works, just like Belichick in New England. I love that confidence and there is no other goal. The ‘old’ New York Jets are now dead. Hopefully Gase’s Jets are a team to be proud of.