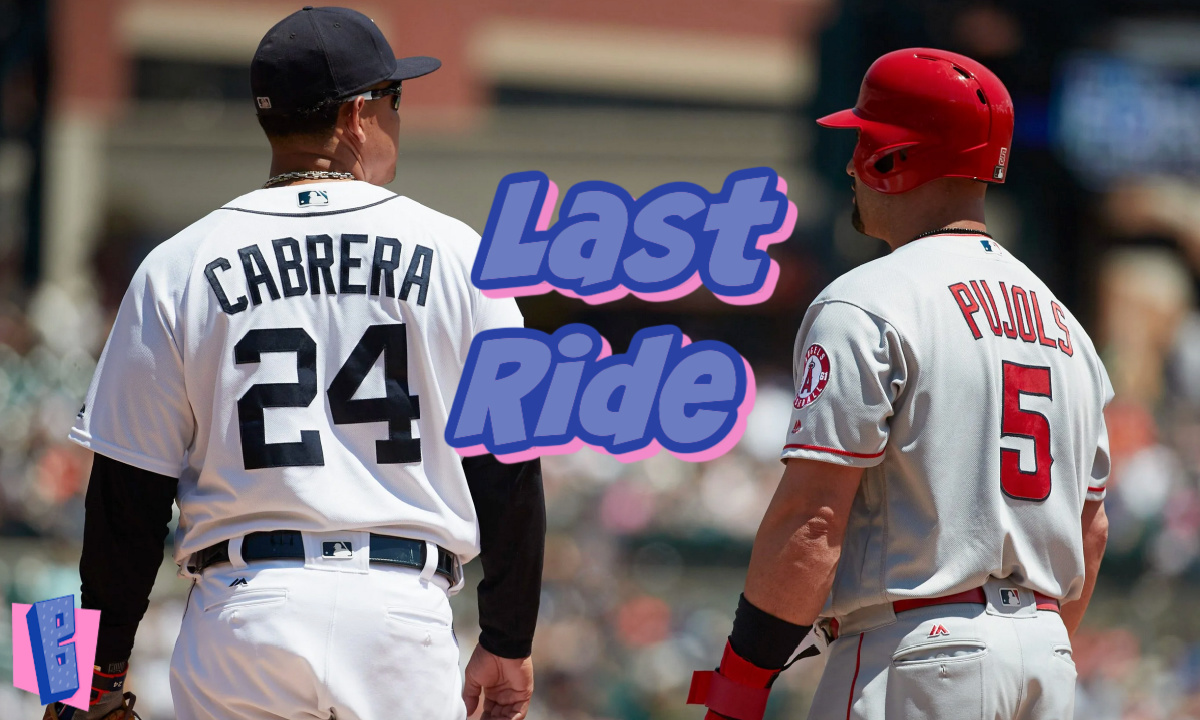 Mixing Pujols and Cabrera with today’s stars solidifies the game’s vision, because these MLB All-Star veterans must be celebrated. Balancing old and new is baseball’s unique success and it’s master plan.

The rosters for next week’s MLB all-star game are set. This is a really fascinating group we have in 2022, despite the selections seeming to be without intrigue. There are the stars of today littered throughout both leagues, but especially the American League. We are getting a glimpse at some of the stars of tomorrow in the first-time picks as well. To add another layer to this year’s festivities, we are also being given the stars of yesterday. MLB All-star veterans make this year uniquely glorious.

What veterans will be gracing the field? We are not talking about Clayton Kershaw and Justin Verlander. The league announced the inclusion of Miguel Cabrera and Albert Pujols onto this year’s rosters. BOOM. What do you think of that? How cool is having two of the games best back on the All-star field?

Pujols and Cabrera aren’t necessarily stealing the spot of someone actually deserving, but they are likely to steal playing time when they get in the game. Nevertheless, these MLB All-Star veterans have the chance of becoming a very fun wrinkle. Cabrera and Pujols are two legends of the game. As MLB.com points out, only three players in league history have accumulated 3,000 hits, 500 home runs, and 600 doubles: Cabrera, Pujols, and Hank Aaron. Including them in next week’s celebration is a good idea, as long as things don’t get carried away.

In addition to playing in the All-star game, Albert Pujols has also been declared as one of the participants in the home run derby. That is perhaps even more surprising and has me a bit worried. I guess no one will expect all that much from him, and if he shows out, it’ll go down in history. But I could easily see him crashing and burning. I guess if he’s not worried about that, then I shouldn’t be either.

The rest of the derby lineup is being revealed throughout the week in another attempt by the league to increase interest levels, but two-time champion Pete Alonso will be back to defend his titles.

A dream lineup would have included the likes of Aaron Judge, Vlad Guerrero, Yordan Alvarez, Bryce Harper, Giancarlo Stanton, and Shohei Ohtani. Judge and Guerrero have already said they are not participating though. Alvarez and Harper are out with injury. We may not get any of that group, though stars Ronald Acuna and Juan Soto are reportedly in. Even still, it feels like Pujols and Alonso are going to have to do a lot of heavy lifting narrative-wise, even if they don’t end up winning the thing.

If the week and the game end up becoming the story of Pujols and Cabrera, is that a good thing? The league has so many talented stars of the next generation; do we really want old vets overshadowing them? There isn’t an easy analogy to make with other sports because it is harder to “hang on” in old age in basketball or football. But imagine the NBA threw Carmelo Anthony and Andre Iguodala into the all-star game and slam dunk contest. People would be interested for sure, but it would also seem like kind of a joke. MLB will have to toe that line carefully.

There’s something uniquely different about MLB and it’s history. Stars of the past continue to be brought up and compared to the best of today, even if the game is legitimately different on the field. Baseball “looks” the same and we love it for that reason, so I’m completely on board with including MLB All-Star veterans in this year’s festivities.

Pujols and Cabrera are hall of fame locks. Perhaps the league has insider information about their upcoming retirements, but even if this is not their final season of play, celebrating them now only adds to the mid-summer classic. We have great stars in the All-star game and true domination that has yielded all-star selections. No other sport honors its past as well as baseball. Furthermore, no other sport insists on maintaining the old way of things in the face of adapting how newer fans want the game to evolve. MLB has taken on an impossible task and is handling the challenge rather well in my opinion. The inclusion of MLB All-star veterans is a culmination of sorts to their “master plan.”

I like the trend that MLB is taking. They have announced their intention to utilize electronic strike zones in a season or two, while consistently fighting to maintain a pitching versus hitting balance. The game is evolving, as it should. But MLB is also honoring its history and the best of its prior generation. I hope they keep doing this, because honoring Pujols and Cabrera encourages players like Judge to keep playing another ten years, well past his prime. The game will take care of you, or at least that’s how MLB is painting its picture.

We shall see if this works, but thus far baseball is the only sport that can keep its stars on the field well past their prime without completely embarrassing them. They may not be dominant, but they are still valuable on the team. Yet making millions encourages early retirement and a transition into the next career. We see this in the NFL all the time now. The sneaky end game of improving this year’s All-star game with veterans is obvious, but also intelligent. When most sports shun the old guys, baseball is embracing them. That’s been its history and if MLB can do both, then it absolutely needs to.