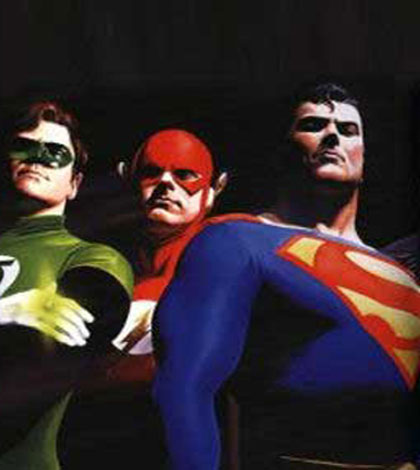 After months of rumors, Warner Brothers finally set a date for their Justice League movie — Summer 2015. Okay, so that’s still a little vague, but we can say firmly that it won’t be in May of 2015 unless the studio is run by escapees from Arkham Asylum, because May 2, 2015 is when Disney will release The Avengers 2.

You might be thinking that Warner is just trying to imitate Disney, but they’ve got a clever twist: instead of releasing successful movies starring individual members of their flagship team that will then lead into a team movie, the studio plans to use Justice League to launch solo superhero movies. It’s not impossible that that would be successful, but the real question is how short moviegoer memories might be.

We already know that the Batman planned for the team-up will have nothing to do with Christopher Nolan’s Dark Knight vision. No one seems to be sure if the Superman being used will be Henry Cavill from next summer’s Man of Steel, directed by Zack Snyder. And with Ryan Reynolds disappointing so many in Green Lantern, it seems unlikely that that’s who they want ringslinging.

This isn’t the first time Warner Brothers has tried this plan. In fact, the actor most rumored last week to be the new Batman was actually cast in the same role back in 2008. Under Director George Miller, Armie Hammer even went through costume fittings to play Batman. Thanks to the Writers’ Strike (at least that’s the official story), that project was killed, and Warner Brothers decided they wanted to keep Nolan happy putting out Batman movies with Christian Bale.

That earlier project offers a couple of other interesting options. Actor/musician Common had accepted the role of Green Lantern — not Hal Jordan, but John Stewart, a character who made a very brief appearance in the extended cut of Green Lantern. Adam Brody had also signed on as The Flash. Either one of them could come on board this new version.

For many fans, the big question is who will play Wonder Woman? Years ago, writer/director Joss Whedon admitted he had wanted Cobie Smulders to play the role. Of course, Warner Brothers passed on Whedon’s take on the character, freeing him up to use Smulders as Agent Maria Hill in The Avengers and… wow. Warner Brothers doesn’t really leave a lot of room for fans to have faith, does it?

Maybe we could talk about the attempted TV movie version of Justice League from the 90s… no, that’s not going to offer much hope. At this point, all we can do is hope that if the Justice League movie does become a reality, it’s more of a Superman II than a Superman IV.