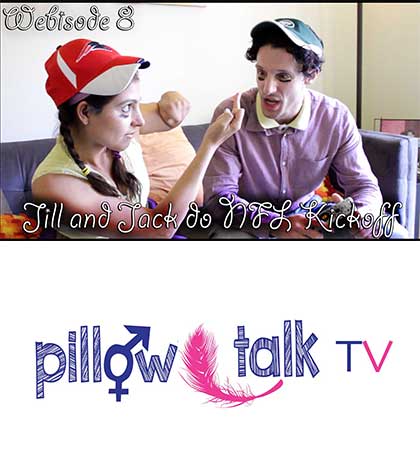 Jill and Jack are weird Nursery Rhymes for the party generation. A bastardized classic in a comedy web series. Jill and Jack do NFL Kickoff in webisode eight and Jack gets a concussion.

Its NFL Kickoff and Jill and Jack are fighting dirty. Trash talk turns to tackling and one intense concussion. Did the Jets really beat the Patriots? That’s the concussion talking.