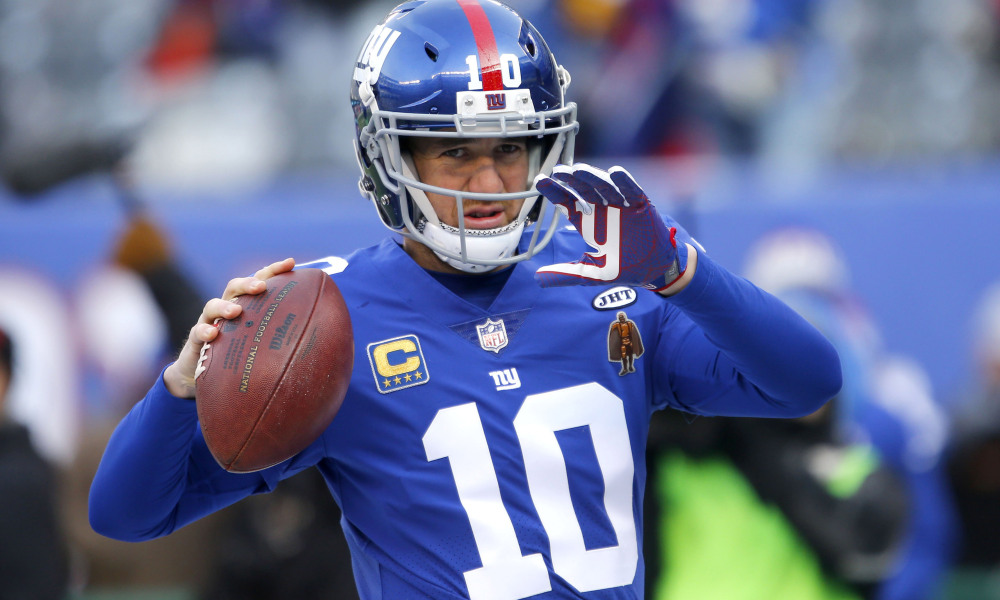 With a 2-7 record, there isn’t much left for the New York Giants to play for. They can do some damage down the stretch though. It’s just a matter of whether that damage is to others and to their own plans for the future.

For all intents and purposes, the New York Giants’ season is over. Through 10 weeks, they sit with a record of 2-7, good for last place in the NFC East. They are half a game ahead of the worst team in the conference and one game ahead of the worst record in the league. There is nothing to play for besides pride. But if Week 9 was any indication, that pride could be a detriment to the team’s long-term success.

After a disastrous offseason turned 2018 into a rebuild season, the goal the rest of the way should be to obtain another top five draft pick in the hopes of adding a franchise quarterback to replace Eli Manning. Yet based on the outcome before their bye, it seems like that may be the last thing on the minds of the players and even the fans.

ALSO ON BUZZCHOMP: Duke Basketball is Goliath on Undefeated Path

In San Francisco, Manning led a fourth-quarter, game-winning drive to top the 49ers 27-23. It was genuinely exciting to watch. It was blatantly obvious that the win was important to the team and to Manning specifically. He was smiling and laughing on the sideline, which isn’t something that we see from him even in genuinely happy times. Manning’s standard Manning Face – the doofy, blah, emotionless stare – makes no judgement. He always unleashes it, even keeled. But this time, he was actually smiling wide.

And it makes sense. The talk these past three weeks has been about how the team will move on from Manning in the long run and how it can overcome his bad play in the short term. That has to be hard for anyone to stomach. I even found myself rooting for the New York Giants’ to score and hold on. This was the case even though, logically, I knew it made more sense for the team to lose. If I had not been watching, I would have been slightly disappointed the team did grab a victory.

Any win pushes the squad away from any chance at the top overall pick. The rest of the bottom dwellers suddenly become important for comparison’s sake. Oakland is alone at the bottom. There are three teams (including NYG) that have two wins heading into Week 11. And there is a massive batch of seven teams with three wins at the same juncture. Any win the rest of the way will still be hard to come by for a team on the rebound. Yet the New York Giants will be dangerous now that they are playing with this pride and confidence for their quiet leader.

Week 11 possesses another winnable game, against Tampa Bay. With multiple contests still remaining against the soft underbelly of the AFC South, it’s plausible New York could accumulate a few wins the rest of the way. This would certainly derail any hope of a top pick in the upcoming draft. Considering the weak/small class of quarterbacks on the docket, this would also likely force the Giants to turn elsewhere for their franchise QB of the future. Who knows where that will be.

Yet ‘doing damage’ has a dual meaning. The Giants can harm themselves and their future. They can also do damage to opponents and their playoff hopes. Everyone outside of Big Blue is still in the hunt for a division title. All three teams still appear on New York’s schedule. Between those teams, the Bears, and the AFC South squads, six of the Giants’ final seven opponents still consider themselves in the postseason discussion. That is prime real estate for spoilers, and that is the silver lining fans can take in the end of the Manning era. If he and the team wilt down the stretch, it improves our prospects for acquiring his replacement. If he starts playing well and notching upsets, we can watch him smile and laugh into the winter.