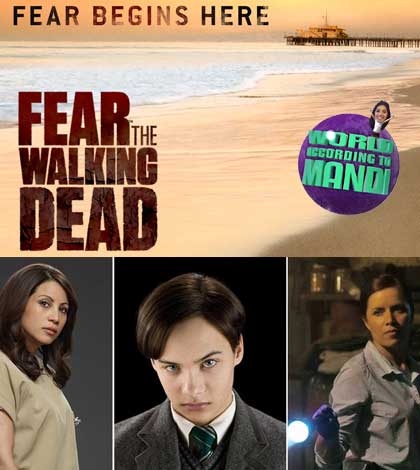 It’s Fangirl Friday video blog! Fear the Walking Dead a look behind the scenes at the actors.

It’s time to take a look at who makes up the cast of Fear the Walking Dead. Yes. I am a nerd and I love to know what other shows and movies actors have done. While none of these actors are household names all of them have have worked on some very big projects. We have one actor who was in Harry Potter and the Half Blooded Prince. We have another actor who’s acted actors Denzel Washington not once but twice. We have another actor who has been Sons of Anarchy and Friday Night Lights!

Damn while none of these actors are household names they each have some impressive resumes!

Next Post: Fear The Walking Dead: Who Lives and Who Dies