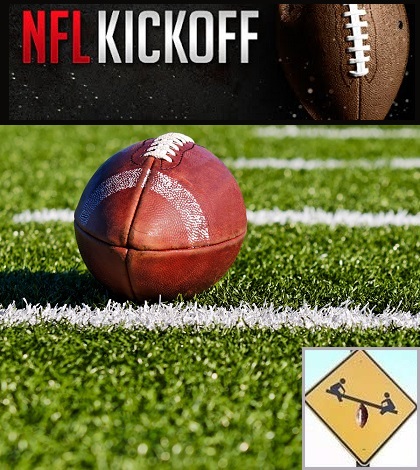 Who from the NFL ranks uttered these depressing words? It’s another NFL Kickoff edition of “They said what?” sports quote game. Not everyone’s smart, but this quote hits below the belt.

After 3.5 rounds, Todd is ahead 4 points to Dan’s 3 points.
Will the NFL help even the score? “They said what?”

You spotted me a tough quote to begin this round. No one has mentioned or thought about Bruce Coslet in two decades. So in response, I’m going to throw you a bit of a curveball. I’m going to give you a quote but rather than you telling me who said it, I want you to tell me who the quote was said about!

Continuing the NFL kickoff week trend, this will be an NFL quote from back in the day.

“He couldn’t spell cat if you spotted him the c and the a.”

Hint one: This was uttered by former linebacker Thomas “Hollywood” Henderson.

Hint two: He was discussing the intelligence of someone who hasn’t played in some time but is still relevant to the league today.

Hint three: The subject played for the same team his entire NFL career. (I wish Joe Montana did)

I’m not sure if this is cheating or just sneaky, but it definitely changes the rules. Fitting to start the NFL season. My first quote was challenging and funny, but yours is mean.

I don’t know much about Hollywood Henderson, or his ability to assess another’s intelligence. Regardless, there are tons of players who stayed with the same team throughout their careers. But the number who remain relevant is much smaller.

Maybe it’s because he dipped his toe into acting. Maybe it’s because he always has a smug look on his face and says stupid things on television. I’m going with Terry Bradshaw. To my knowledge he played for the Steelers his entire career, has questionable intelligence, and is certainly relevant to the league still.

Terry Bradshaw did play his entire career for the Pittsburgh Steelers. He is indeed still relevant to the league today because of his FOX studio work. Unfortunately for me, Terry Bradshaw is also the correct answer. You swept that round and set me back in the standings as we head into the middle of September.

No way! I honestly did not think I would get this one right, but I also could not come up with a better answer. Boo ya!