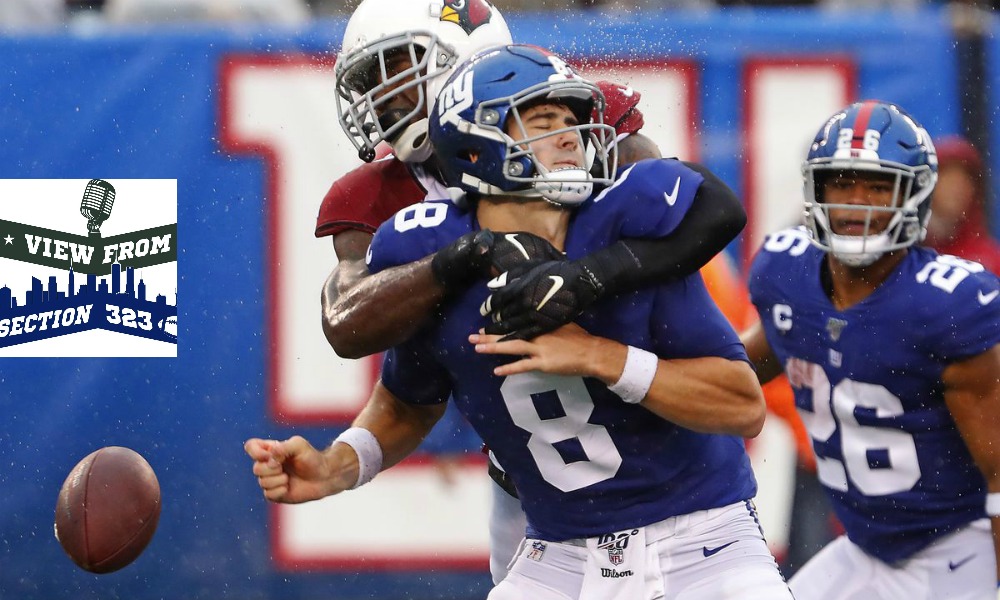 Interceptions galore for Daniel Jones and Sam Darnold. That was week 7 in a nut shell. Is there any good football left in New York? Section 323 NFL podcast.

What a difference a week makes. The New York Giants play calling was awful. The New York Jets coaching is horrendous. Then there are the interceptions by Daniel Jones and Sam Darnold. A forgettable week 7 leaves Phil and Bud wondering if there is any good football left in New York.

NFL fans are typically vocal, but these two New York football fans are worse. If an inter-city rivalry exists between the Jets and Giants, then Phil and Bud are it. The ‘Section 323’ NFL podcast covers the entire league with a New York focus. The season feels over for our New York teams after a terrible NFL Week 7. What is left to play for now that the playoffs are basically out of reach? Phil and Bud have nothing nice to say, so don’t expect a compliment.

Do you believe the Giants will finish with a winning record? Are the Jets coaches going to survive the season? Both New York football teams are barely treading water and dangerously close to drowning. Their problems are fixable, yet we know adjustments are rare in New York. Who will end with a better record? Who will win when these teams face off in November? There are no mulligans in football.