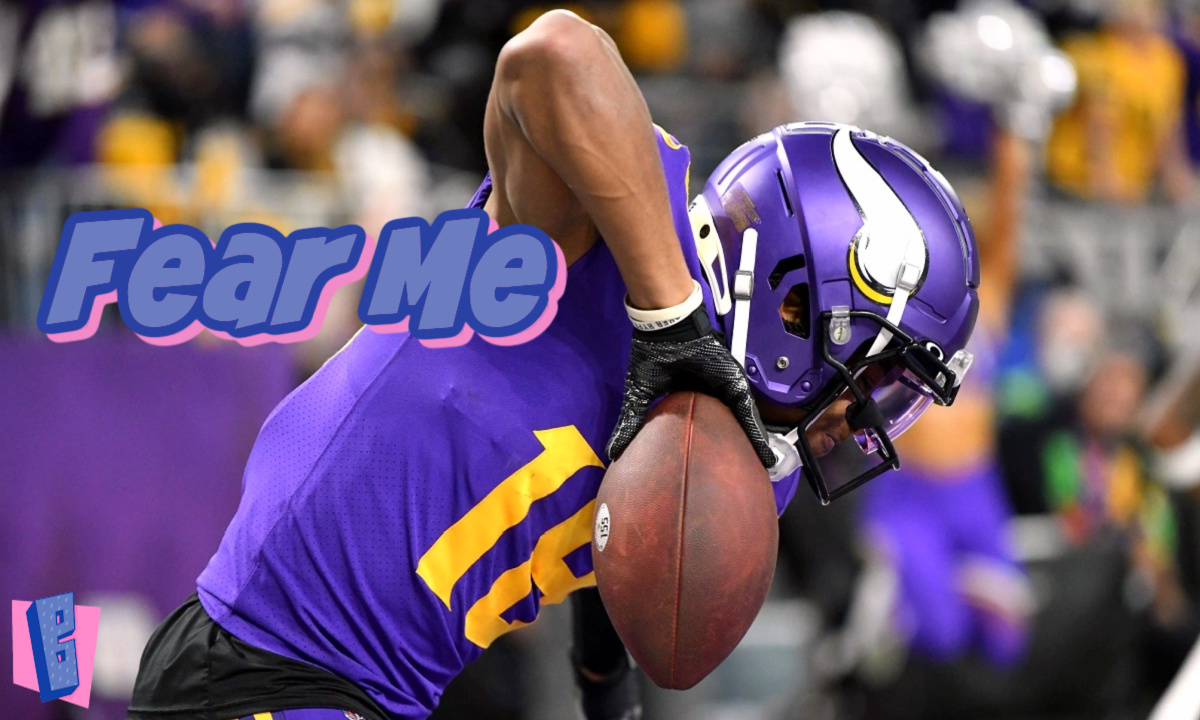 Stats tell lies, but the wins column never does. Are the Minnesota Vikings good, lucky, or some crazy combination of both? A perfect 11-0 in one score games is wild.

A number of stories came out of NFL Week 16 play as we reach the culmination of the 2022 NFL season. And yet, only one thing remains on our mind. We can’t figure out the answer no matter how much evidence is provided. Our perplexing query is a simple one on its face, but a congregation of scholars couldn’t come to a consensus. Are the Minnesota Vikings good?

In favor of yes are the most basic of data points. The Vikings do, in fact, have a very good record. They are 12-3 and have already clinched the NFC North division title. They have nine wins against teams still alive for the postseason. They may even end up with the best record in the entire league, currently sitting just one game back of the mark.

Working against them? Pretty much everything else. Minnesota has a +5 point differential for the year, representing true talent of an 8-7 team. Although only three other teams in the conference have positive differentials, Minnesota sits a whopping 125+ points worse than all of them. Are they any good, just lucky, or somehow both?

NFL Over Reaction to Week 16

The reason for Minnesota’s incredibly low scoring margin is because they don’t blow anyone out, haven’t blown anyone out, and aren’t good enough to blow teams out. Good teams blow teams out. Minnesota doesn’t do that. Instead, the Vikings are a historic 11-0 in one-score games. Record in one-score games is one of the lowest-skill stats in football. It always normalizes to .500 over a large enough sample. Winning by a single score is not a repeatable skill. Thus, a perfect 11-0 streak is truly something of wonder and whimsy… and it could collapse at any moment.

Doing a bit of simple math, we can see that in games where someone proved they were better than the opponent (winning by more than one score), Minnesota is just 1-3. The lone victory came in Week 1 against Green Bay. Since that game, this team is 11-3 despite being outscored by 11 points overall.

According to DVOA, not only is Minnesota not one of the elite teams in the league. It isn’t even above-average! The Vikings rank 25th in the NFL, coming in 19th on offense and 21st defensively. If a team that bad, statistically, is 12-3, there must be something wrong with the statistic, right? Or maybe not, and Minnesota has gotten some of the best injury luck and late-game luck of any team in the sport.

That’s not to say everything points to Minnesota being bad. This team has been great scoring touchdowns in the redzone. It also is top 10 in opponent third-down conversion percentage, helping to get its offense back on the field. And with every late win comes the confidence that this team can succeed no matter the situation. Next up is the rematch with Green Bay. No matter how many points they are forced to lay, the Vikings should….what’s that? You say the Packers are favored despite being 7-8 on the year? Hmm, maybe Minnesota is just not good.

I think everyone can agree that the Minnesota Vikings are not bad, but are they actually good or just really lucky? Average teams with a superstar like Justin Jefferson can ride their health and good fortune all the way to a Super Bowl title. Minnesota has played just enough defense all year, epitomizing the bend but don’t break approach. Going 11-0 in one score games means they are perfect when utilizing this approach against teams at or below their level, because the offense is just good enough to stay ahead.

Wins are wins and no one should care how much a victory comes by. You don’t get a trophy for a blowout victory and you don’t get punished for only winning by two points. In any other season I’d likely be telling you that the Vikings are average at best and being lucky doesn’t make them any good. The 2022 NFL season is anomalous in that 75% of the league is average, or slightly below or above average. Most teams are 8-9 or 9-8 on paper, with injuries and luck pushing them up or down the standings. Minnesota is exactly this, but damn their luck has been grand.

As you noted, winning one score games always evens out over time. Perhaps the Vikings will be putrid in this department next season, or perhaps they were quite bad last year in one score games. I don’t have the stats cued up, but this statistic always averages out. The funny thing is, this statistic can also average out between teams. Minnesota is 11-0 in one-score games, so I’m guessing there are two or three teams this season that are very bad in this department. The math averages out, even if it favors the Vikings heavily.

Minnesota has been extremely lucky, but I firmly believe that luck is the combination of preparation and timing. The Vikings have been more prepared than any other team this season, knowing exactly who they are and who their opponent will be each week. They capitalize and win over and over again. This makes them a good team and one I would fear in the playoffs. The Minnesota Vikings are very good. Justin Jefferson is great and Kirk Cousins is underrated. Watch out for the flying purple people eaters. We’ll be seeing them in the NFC Championship game.